Muhammad Ali's apparently complex personal life is likely to leave an estate just as complex. Ali was married four times and reportedly had nine children, including some illegitimate and one who was adopted. He had a variety of different business interests, including a valuable brand. Of course, Ali's estate will be administered under US law, but we have analysed the scenario as it might look under the law of England and Wales ("English Law"). It raises issues of which we should all be aware, particularly those who are, or who advise, high profile, high net worth individuals (HNWIs).

Not unlike Michael Jackson's estate, there is the potential for significant amounts of money to be made by the Ali brand and other business interests following his death (for example, the predicted return to cinemas of the biopic starring Will Smith). For HNWIs we often expect to see, among other things, business interests held in company structures, royalty streams, a property portfolio, investment portfolios, and to liaise with existing advisers in relation to these, both in lifetime planning and in administering an estate after death. To the extent that Ali had these interests, the representatives of his estate (under English Law) would have a duty to act in the best interests of the beneficiaries, which could mean ensuring these interests are managed in such a way as to preserve the size of Ali's estate. We would recommend appointing at least one expert executor in a Will for a complex estate, for example a trusted adviser (a manager, or other trusted professional), who would have the necessary expertise to oversee this.

Ali will have owned his own memorabilia and likely that of others. He will also have owned other valuable chattels, be it watches and jewellery, art or other collectibles. Not only does action need to be taken immediately to ensure appropriate insurance policies remain in place post-death, but access to a network of experts is vital to value these items properly: items or collections deemed to be pre-eminent may be offered in lieu of inheritance tax on death.

We would expect to see, or to help establish, some sort of family governance structure for wealthy individuals and their families, and to work closely with those involved. The aim of this sort of arrangement is to coordinate family affairs, facilitate decisions, manage risk and to ensure appropriate professional advice is sought at the right time. Crucially this coordinated approach provides a response team in times of crisis, such as a death.

Agreements known as family constitutions can provide a useful opportunity to discuss and agree expectations. They often include reference to pre-nuptial agreements before marriage, and pre-nups are increasingly common alongside post-nuptial agreements at key stages.

If there is a relationship break up in England, once a divorce is finalised the ex-spouse is treated, for the purposes of a Will, as if he/she had predeceased. Effectively the provisions in a Will for the ex-spouse fall away and the estate passes to whoever else might have been chosen to benefit. However, there may be instances where financial orders on divorce require certain provision (in a Will or through other arrangements), and these need to be taken into consideration on death.

If someone is married at their death, the assets left to the spouse or civil partner will be normally free of inheritance tax (which would otherwise be charged at 40%). Ali is reported to have been 'married' to Veronica Porsche in 1974, although this was not a legally binding marriage until after another ceremony in 1977. Had Ali died before the 1977 ceremony (on the basis of English law), Veronica Porsche would not legally have been his wife, and therefore the assets passing to her would have been (unnecessarily) taxed at 40%. Careful succession planning involving gifts to your spouse or civil partner and lifetime gifts into trusts for future generations, or to the next generation outright, can significantly reduce the inheritance tax bill on death.

It has been reported that Ali's fourth, and final, wife handled his business affairs. In England, signing a Lasting Power of Attorney for Financial Decisions is a way of appointing someone to act on your behalf, once it has been registered with the Office of the Public Guardian. Your appointed attorney can then act (on your behalf) and maintain your affairs even if you are no longer able to do so yourself. Choosing a team of attorneys (two or three people) can ensure you have the spread of expertise to manage your affairs as effectively as possible. For example, you might appoint a spouse or civil partner to act alongside your trusted adviser(s) – such as your business manager, business partner, solicitor or accountant.

The power given to an attorney ends on the death of the donor – on death the personal representatives take over. And of course in England an "attorney" is the person who acts under a Power of Attorney, rather than (as in the US meaning of the word) a lawyer.

Claims against an estate

Perhaps most significantly, Ali's estate could be vulnerable to claims by family members (or anyone financially supported by him) to the extent those people have not been provided for in his Will. In England we have testamentary freedom, which means we can choose who should receive our assets after our deaths, rather than being obliged to pass some or all of our assets to our descendants. However if provision is not made for, among others, partners, children or people supported financially by the deceased, and those people are subsequently shown to be in need, then the estate may face a claim. Ultimately the personal representatives of the estate could be ordered to make financial provision for someone not provided for in the Will.

The case of Ilott v Mitson has brought such claims some publicity. This is a complex area of law but in general terms the court can be asked to decide if 'reasonable financial provision' has been made for the applicant who has not benefitted (or not benefitted sufficiently) under the Will. If the court finds that reasonable financial provision has not been made, then it must decide what provision should be made, considering (among other factors) the applicant's needs and resources, the size of the estate and the deceased's wishes.

The appeals process in relation to Ilott v Mitson continues. However, should you not want to benefit your partner, a child or other family member under your Will it is, in light of this case, advisable to record your reasoning in a letter of wishes which should be kept with your Will. Positive reasons for benefitting those named in your Will and an explanation for any lack of provision for someone (for example, they might already be wealthy in their own right) are more likely to stave off a claim. Previous case law provides an example whereby the deceased had explained that she had given up an inheritance from her mother, in favour of her children, so that on her death she could benefit her cohabitee. By contrast, in Ilott v Mitson the letter of wishes accompanying the Will set out the deceased's grievances against her daughter. It may have helped preserve the intention of her Will if the deceased had a history of supporting the charities she chose to benefit over her daughter – there seems to have been no particular reasoning for her choice, other than providing an alternative to her daughter.

There is no guarantee that the administration of your estate will run smoothly, nor is it always possible to protect your wealth and/or your family entirely in lifetime or in death. But through thoughtful and thorough family discussions and governance you can take steps to minimise the risk of disharmony and/or expensive court actions by planning ahead and taking professional advice from advisers you trust before any major life event. Often an adviser can provide a fresh perspective and clarity to the process of making decisions about planning for life to continue after your death – a process which otherwise can be more emotionally (and financially) challenging than it need be.

If you require further information on anything covered in this briefing please contact Cat Rogers ([email protected]; +44 (0)203 375 7218) or your usual contact at the firm on 020 3375 7000. Further information can also be found on the Sports page of our website. 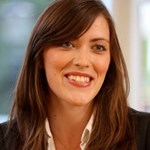