With sport having received such negative press in the months leading up to the first tennis Grand Slam of the year, the Australian Open took the bold decision to name betting giant William Hill as one of the tournament’s official partners. As part of the deal, William Hill received extensive courtside signage and advertising on broadcast partner the Seven Network as well as digital channels. The deal was worth a reported AUS$5 million.

It was perhaps not surprising then that, on the eve of the tournament, an investigation by the BBC and Buzzfeed News was published, alleging evidence of widespread match fixing in tennis and suggesting that this evidence may have been suppressed, or at least not investigated properly, by the Tennis Integrity Unit (TIU). The events referred to were largely historic and much of the focus was on the findings of a 2007 investigation set up by the ATP into suspicious betting activity in tennis, together with the alleged failure to investigate those findings. Chris Kermode, the chief executive of the ATP (Association of Tennis Professionals) was quick to reply to the BBC and Buzzfeed reports: “The Tennis Integrity Unit and the tennis authorities absolutely reject any suggestion that evidence of match-fixing has been suppressed for any reason or isn’t being thoroughly investigated... And while the BBC and BuzzFeed reports mainly refer to events from about 10 years ago, we will investigate any new information, and we always do.”

The upshot of the allegations was the constitution of a panel (led by Adam Lewis QC) to conduct an independent review of the Tennis Anti-Corruption Programme (the sport's codified approach to maintain integrity by protecting against efforts to influence matches improperly). The review is ongoing, and its remit is to assess the appropriateness and effectiveness of the TACP, interestingly taking into account public commentary on the relevant processes, procedures and resources. If appropriate, the panel will recommend changes to the anti-corruption practices currently employed in tennis and there is a commitment by the relevant governing bodies to fund and implement any actions recommended by the panel. It is not known yet when the panel will report on its findings.

Clearly the anti-corruption measures within a sport are a vital component in the maintenance of integrity. The independent review of the TACP should therefore be welcomed, whatever the merits of the BBC and Buzzfeed investigation. However, whilst the processes that regulate anti-corruption need to be right, any attempts to rid tennis (and other sports) of match-fixing and other improper conduct require an appreciation of other causal factors, including in particular the position of the athletes.

Turning back to the William Hill sponsorship agreement referred to above, the concern with the prevalence of betting in sport is the growth of the temptation away from core sporting values. Although many of the headlines have focused on match fixing at the elite level, an even more real danger exists at the lower levels of professional sport, where the prize money available to players would often not cover even the most basic of tournament or event expenses. As a result, the financial incentive to influence matches improperly can be a difficult one to resist. Tennis is a perfect example. The winner of a $10,000 futures event (with a 32 person draw) takes home around $800. Not enough to cover a hotel for six nights, plus food, plus travel and, of course, only one person wins the tournament. It is easy to see how being offered thousands of pounds to lose a match becomes immensely tempting. One can see how it might be relatively easy to justify this to yourself as an athlete seeking to make a career in the sport, on the grounds that the money is just a stepping stone to allow you to play in the two tournaments abroad that you could not have afforded to travel to otherwise. Whilst you may lose points in this tournament, you can set yourself up for the next five. You are doing it to help your long term career. This is a plausible, albeit a deplorable, mindset for an aspiring player to have.

Even bigger problems arise with the increased popularity of in play betting and the escalation in the variety of bets that can now be taken. You would not necessarily even need to lose the match in order to gain financially: just get broken in the right game or drop the first set. For some players, this may be easier to justify to themselves (and less harmful to their careers), as well as being harder for the authorities to detect. The increase in the amount of money moving through these betting sites and their visual prevalence in the sporting arena has the potential to lead to an increase in the number of athletes being involved in (or at least tempted by) match fixing in one form or another. This is and should continue to be a matter of real concern.

Unsurprisingly, the agreement between William Hill and the Australian Open was the subject of criticism but, despite the controversy, the partnership proved to be incredibly successful for William Hill. On the first day of the 2016 tournament, betting turnover surged 80% compared with the first day of the 2015 tournament. Nobody would begrudge fans the right to enjoy a flutter on the results of the matches. And, as William Hill pointed out at the time, bookmakers have an important role to play in the process of information sharing with sports integrity bodies. Nonetheless, the flow of gambling money into sports like tennis unquestionably creates the opportunity for corruption. And whilst players who allow themselves to be exploited in this environment should undoubtedly be condemned, an analysis of the financial realities from an athlete's perspective is instructive. What is needed is a combined approach of strong regulation and education to uphold integrity.

Lindsay Cunningham is an associate in the residential property team. Before joining Farrer & Co, Lindsay was a professional tennis player with a career high world ranking of 599 (singles) and 439 (doubles), making her number 11 in Britain.

Owen O’Rorke is an Associate in the Intellectual Property and Commercial team, who advises regularly on contractual brand management and broadcast deals for sporting rights holders.

If you require further information on anything covered in this briefing please contact Lindsay Cunningham, Owen O'Rorke or your usual contact at the firm on 020 3375 7000. 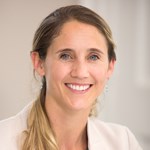