With the buzz of the Olympics and Paralympics still warm and the Premier League up and running, it seems a good time to consider the inherent value of sports for businesses. Global sponsorship spending is projected to grow to over $60billion in 2016 (1)  and there are plenty of recent examples of new and increased deals in the sports sector - NatWest has just agreed a new sponsorship deal for the ECB, Heineken for F1 and shirt sponsorship deals for Premier League clubs keep hitting record highs. New sponsorship deals far outweigh in number (albeit not always press coverage) the sponsorship contracts that are terminated early - Speedo (and others) for Lochte and Adidas for the IAAF .

Owners and managers of sporting businesses are well aware of the potential and need to drive further revenue growth to stay competitive - hence plenty of capital projects will be underway and in the planning stages (the proposed developments at Lords and Twickenham being two high profile examples). The question facing finance directors is how best to fund these projects. For those lucky enough to have plenty of cash reserves or a wealthy benefactor, this might not be so much of a problem, but others might need to think more creatively. Martin Blake considers whether it is possible to use the current and future earning potential from sponsorship contracts in order to provide all or some of the capital needed to carry out these projects (and for other pressing needs) and the potential pitfalls sporting organisations and funders might want to bear in mind along the way.

Without going into detail , forward funding or monetising future revenue streams involves a lender loaning an amount of money (which is based on the total value of a particular revenue stream, discounted to provide an element of profit for the lender) (2) to the sporting organisation or person which owns the rights and is due to receive the payments from the sponsor. The principal security for the loan is the assignment to the lender (by way of security) of that revenue stream and other rights under the sponsorship contract.

Sponsorship contracts can take many different forms and be entered into with a wide range of rights holders and sponsors:

- The rights holder may be a governing body, commercial organisation (including clubs and event organisers) or individual sportsperson with the sponsor ranging from an individual or local business to a multinational corporation.
- The sponsorship arrangements themselves can vary, including the sponsor being the official kit, drinks, food or other supplier, or shirt sponsor, paying for the naming rights to a stadium, sponsoring a particular event, or maybe just being a corporate partner.
- The sponsorship fee could be payable in cash or by providing value in kind or a combination of the two. The 'payment' could be made up front or in instalments - typically a fixed amount but sometimes with variable elements depending on engagement and activation.
- The term of the contract could range from short to many years (albeit with options to break, review and adjust at intervals in between).
- Finally, both parties will want to consider their rights to terminate early in a range of scenarios - this point is crucial from a funder's perspective and is discussed further below.

Before even considering whether a sponsorship contract is fundable, both parties will want to consider whether the amount of funding that could be advanced makes funding it in this manner worthwhile. There is an inherent cost to funding, in terms of management time, interest and fees and so this is really only likely to appeal where the amount of funding and/or the need for the funds (including the absence of any cheaper way of raising the capital) makes it desirable for the rights holder.

Not all lenders will consider this type of funding. For reasons discussed before, sporting organisations or people do not fit with the risk appetite for many lenders and potential reputational concerns may also act as a deterrent. For the rest, there are a few key aspects which determine whether they would fund:

1. Strength of counterparty - whilst a lender will retain recourse to the rights holder, they will want to know that the source of the sponsorship income is financially robust.
2. Payment profile - the profile of payments which would lend itself to funding is of fixed regular instalments of cash which are paid regardless of the rights holder meeting certain performance targets.
3. Termination rights - this is a crucial point for all parties. We have seen Adidas pull out of their sponsorship of the IAAF in the wake of the Russian state sponsored doping scandal and Speedo doing the same with Ryan Lochte stating that his actions in Rio were "counter to the values this brand has long stood for". The sponsor and rights holder will want to try and carve as much space to renegotiate or terminate should they consider that the association with the other party is detrimentally affecting the value of their brand or reputation. A funder will want to be sure that this ability cannot be triggered too easily as it will cause the payments on which the funding is based to stop.
4. Ability to assign - as a basic contractual point, rights holders will only be able to assign the benefit of a sponsorship contract if the contract allows them to. In addition, the funder is likely to require the rights holder to notify the sponsor of the funding arrangements meaning any arrangement between funder and rights holder needs to be approved by the sponsor.
5. Term - given the fluid nature of these types of arrangements, any funding is likely to be on a fairly short term basis (18 months to 3 years would be typical) and matching the term of the sponsorship contract as far as possible. Funding will not stretch past any break options but it may continue or roll if the break is not exercised subject to a right to review and terminate at the time if it is.

Funding against revenue streams is fairly standard in various sectors and industries. It has now become relatively common in football with broadcasting revenue and staged transfer fees lending themselves well to these sorts of funding arrangements. Broadening that to the right sort of sponsorship contracts does not involve a huge leap and may provide the additional capital needed to get a project off the ground.

(1) http://www.sponsorship.com/IEGSR/2016/01/05/As-Sponsorship-Borders-Fall,-Spending-Rises.aspx
(2)  This typically equates to the interest and fees which would have been charged over the period in question

If you require further information on anything covered in this briefing please contact Martin Blake ([email protected] / 020 3375 7353) or your usual contact at the firm on 020 3375 7000. Further information can also be found on the Sports and Finance pages on our website. 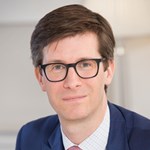