The last few months have seen the MCC approve a 15-year masterplan to redevelop Lord's, the announcement of a £35m funding package for the redevelopment of Headingley, home to Yorkshire County Cricket Club and Leeds Rhinos rugby league club, Surrey County Cricket Club announcing £50m plans to upgrade the Oval, while the new and much expanded White Hart Lane development continues apace for Tottenham Hotspur FC. These are just a few of the examples highlighting that the improvement of sports stadia is very much at the top of the agenda for many sports organisations.

The reasons for sports organisations to invest in stadia, leisure and retail facilities, academies and training grounds are manifold; amongst them, greater revenue from match day income and leisure facilities, less expenditure on transfer fees if your own academy is producing more home grown players of quality and greater transfer receipts from those same players, all of which should improve performance on the pitch and lead to greater revenue and so on.

The decision by any sports organisation to undertake major works, whether it be a new stadium or new facilities within an existing venue, is of major significance. In this article, Martin Blake, Karen Phull, and Clive Lovatt discuss some of the legal and financial considerations that a sports club or organisation should bear in mind when planning such works.

The decision making process itself can be difficult. Ironically, the more democratic and accountable the organisation, the more difficult it can be to commit to a development programme. It is one thing for a tight knit board to decide on a major development, but the greater the number of stakeholders, the greater the likelihood of opposition to any plan.

The internal but very public debate amongst MCC members about the direction of the redevelopment of Lord's is often seen as a case in point. The "Updated MCC Masterplan", which was overwhelmingly approved by members in September 2017[1], puts an end to the long running arguments as to the future plans for the club which saw different factions within the membership and executive seeking to win sufficient support for their vision of the future Lord's. Whilst unique, the MCC is not alone in having a membership model which needs to approve any major redevelopment. Identifying key stakeholders and taking time at the outset to iron out what their concerns might be would be time well spent by any organisation.

Once the decision is made, the risk of development works comes to the fore. A viable design, established at an early stage, is essential. Equally important is a real understanding of the total costs of the project. Governments building Olympic stadia, for example, have often been accused of undertaking vanity projects where national prestige has outweighed commercial reality. Anyone without the backing of a national exchequer must avoid this pitfall.

Once the stadium owner has in place a viable scheme, it needs to select its contractor carefully. A contractor with an established reputation in the stadia market and a sound financial base is important. Many recent developments of sports grounds illustrate this point. John Laing, the main contractor for the Millennium (now Principality) stadium in Cardiff, suffered a significant loss following a misjudged main contract price on that project and ultimately ended up exiting the construction industry. Birse Construction also suffered badly with its project at Leicester City FC, although that had as much to do with the club's then financial difficulties as anything else. Even Multiplex, with a stellar reputation in Australia and the Far East, struggled on site and financially at the new Wembley stadium.

For those sports organisations able to self-fund infrastructure projects (whether through cash reserves, grants, donations, joint venture arrangements, wealthy benefactors injecting equity or shareholder loans or a combination of any of these), there will be no need to dip into the lending market. For those who do need third party finance, a traditional property finance approach (ie. a lender relies on a mortgage over the site being developed as their primary form of collateral) may well work to fund training facilities, academies or leisure and retail space attached to a stadium but may not work as well for stadium developments.

Lenders typically consider that it is difficult to take meaningful security over the stadium itself as the value of a stadium is inherently tied to its use as a stadium (which greatly limits the pool of potential buyers) and, regardless of the potential value, many lenders will not attribute any value to the stadium for lending purposes as they will not want to be in a position of forcing a club or sports organisation out of its home ground following a default on its loan. The net for financing options for new grounds and refurbishments of existing grounds therefore needs to be cast a little wider.

One of the key assets of many sports clubs is future revenue streams. Premier League clubs will be well aware of this given the huge amounts of broadcasting monies now available from BskyB and BT Sport. Other examples include income for stadium naming rights, sponsorship deals, licensing arrangements, player transfer fees; any revenue stream where a lender can be certain that it will be received by the club from a credit worthy source at a set date in the future is potentially fundable and useful when a large capital outlay is required. We have discussed sports organisations financing future revenue streams in more detail previously[2] and funding stadium developments is great example of how this can be used to provide some or all of the capital necessary to realise these plans.

The planning process is political and can be delicate to manoeuvre. Many local planning authorities will be keen to ensure that the stadium remains in their administrative area, recognising the economic and community benefits that it offers. One of the key hurdles for an expanded facility is mitigating the impacts of the development, particularly in respect of increased traffic movements and greater numbers of fans visiting the stadium, especially if it is located in or close to a residential area. Sports organisations are often expected to strengthen local travel infrastructure and undertake a range of measures such as post-match cleaning, crowd control and paying for traffic control orders in the area surrounding the stadium.

Sports organisations may also be asked to share the stadium with local community groups so that they are also able to benefit from the improved facilities. This year a number of London boroughs have secured a significant affordable housing provision, such as a contribution of £3.75m in connection with Chelsea FC's redevelopment of Stamford Bridge. The contributions are secured through section 106 agreements, entered into with the local planning authority, typically before the grant of planning permission. The significant cost of section 106 contributions and any potential Community Infrastructure Levy contributions must be factored into the overall cost of the development.

In addition, local Councillors, residents and statutory consultees should be consulted before the planning application is submitted to manage expectations, address concerns and reduce the risk of objectors jeopardising the grant of planning permission. Many sports organisations will employ specialist PR advisers to assist with this process. Bear in mind that third parties can commence legal proceedings to quash the planning permission within 6 weeks of it being granted. Although sports organisations are not obliged to be involved with these proceedings, it is advisable in order to protect their planning permission.

In all of this and especially with a stadium relocation, the rules governing the league or sport should not be forgotten as many are prescriptive in their criteria for stadia and the governing body often reserves a right of veto over any proposed move. The Premier League, for example, regulates everything from the amount of space allocated to a television commentary position (no less than 3 metres wide by 1 metre deep) to the maximum height of the grass on the playing field (30mm)[3].

Similar rules apply to Football League clubs (which also are required to comply with minimum capacity requirements) and, when considering whether to approve a stadium relocation, considerations such as the geographic and historic relationship between the club and its current and proposed locations, how the move might affect the club's players, supporters and sponsors and the impact on any clubs in the immediate vicinity of the proposed new location[4] will all be taken into account.

A new or enhanced stadium or other facilities has the potential to pay huge dividends for any sporting organisation from both a performance and commercial perspective but the path may be neither straight nor smooth. Clear proposals, the required stakeholders and development team being on board, realistic and financed costings with the necessary approvals in hand will stand any sporting organisation in good stead when approaching such a project. 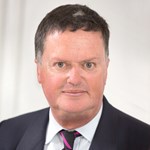