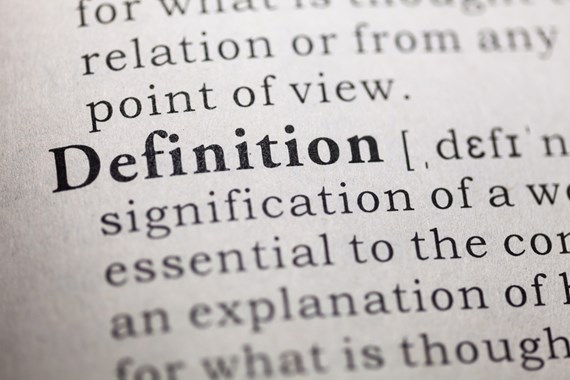 The Supreme Court has ruled that, when determining the meaning of words published on social media – hastily written and quickly forgotten – the first instance judge erred in using dictionary definitions as the starting point. The ruling in Stocker v Stocker [2019] UKSC 17 has important implications for the application of defamation law to social media.

The events leading up to Stocker v Stocker sparked interest in this case from the press, domestic violence advocates and media lawyers alike. On 23 March 2003 the police were called to the Stocker family home. Mr Stocker had grasped his wife by the throat so tightly that he left red marks on her neck visible to police officers two hours after the attack.

Nine years later, the Stockers’ marriage ended in acrimony. Mr Stocker subsequently formed a new relationship and in December 2012 Mrs Stocker corresponded with her ex-husband’s new partner on Facebook. It was during this exchange that Mrs Stocker said: “Last time I accused him of cheating, he spent a night in the cells, tried to strangle me.”

The claim that Mr Stocker “tried to strangle” his wife prompted him to begin defamation proceedings, alleging that Mrs Stocker’s words meant that he had tried to kill her by strangulation. This meaning was accepted by the High Court but was ultimately overturned in a unanimous and significant Supreme Court ruling.

At the trial at first instance, Mr Justice Mitting referred to the Oxford English Dictionary to assist him in resolving the meaning of the word “strangle”. The dictionary offered two meanings: a) to kill by external compression of the throat; and b) to constrict the neck or throat painfully.

Mitting J concluded that, because Mrs Stocker had written that her husband had tried to strangle her, the words could not have meant the second of those dictionary definitions. He had constricted her neck or throat painfully; he hadn’t tried to do so. The words could therefore only have the first of the two dictionary meanings: that her husband had tried (but failed) to kill her by external pressure of the throat. Although there were differing accounts as to exactly what had happened on the occasion in question, it was accepted by all parties that Mr Stocker’s intent had never been murder. Mitting J held that the words were defamatory and (because it was accepted that Mr Stocker had not in fact tried to kill his then wife) Mrs Stocker could not rely on any justification defence.

Mrs Stocker appealed this decision on the basis that Mitting J’s determination of the single meaning of her words was wrong and relied too heavily on the dictionary definition.

Mrs Stocker appealed this ruling to the Supreme Court, where, perhaps unsurprisingly, it was unanimously overturned.

Finding in Ms Stocker’s favour, the Supreme Court rejected Mitting J’s adherence to the dictionary definition of the verb ‘to strangle’ and ruled that his narrow interpretation of the words had been an error of law.

Lord Kerr, who gave the leading judgment, held that Mitting J was wrong to rely so heavily upon the dictionary to determine the meaning of the Facebook post. In effect, Mitting J had restricted himself to the two dictionary definitions alone, thereby increasing the chances of a strained meaning, and had failed to analyse how the words are used in common language. As a result, he failed to conduct a realistic exploration of how the ordinary reader of the post would have understood it, as is required in defamation cases. In the case of a social media post, Lord Kerr commented:

“Readers of Facebook posts do not subject them to close analysis. They do not have someone by their side pointing out the possible meanings that might, theoretically, be given to the post.”

It was the Court’s duty, he said, to “step aside from a lawyerly analysis and to inhabit the world of the typical reader of a Facebook post.” It was, he added, all about context, ruling that the ordinary Facebook user “does not splice a post into separate clauses, much less isolate individual words and contemplate their possible significance”.

The Court held that the ordinary reader, knowing Mrs Stocker was still alive, would unquestionably have interpreted the post as meaning that Mr Stocker had grasped his wife by the throat and applied force to her neck (rather than that he had deliberately tried to kill her).

The Supreme Court also provided useful commentary on when appellate courts should disturb the meaning found at first instance. While a reviewing court “should be slow to disturb the finding of a trial judge” on meaning, it should, with “disciplined restraint”, substitute meaning where an error has been made at first instance. In Stocker, the Court determined that Mitting J’s use of the dictionary definitions to confine the possible meanings of the Facebook post involved an error in law and therefore the question of meaning should be approached afresh.

The decision of the Supreme Court was welcomed by campaigners for victims of domestic abuse. Mrs Stocker’s solicitor-advocate said his client had finally got some common sense and justice. Indeed, it may seem intuitive that the phrase, ‘tried to strangle me’ is not synonymous with, ‘tried to kill me’.

From a defamation law perspective, the ruling has provided significant guidance on the interpretation of allegations made on social media. Mrs Stocker will not have queried her every word as might be expected of a professional journalist, nor would the ordinary reader interpret her words as if she had. The ruling demonstrates that the courts will take this context into account when deciding on social media libel claims.

This is not the first time the Courts have examined the context of the social media environment as critical to whether or not content is defamatory. In Monir v Wood [2018] EWHC 3525 (QB), for example, Mr Justice Nicklin said:

“Twitter is a fast moving medium. People will tend to scroll through messages relatively quickly… it is very important when assessing the meaning of a tweet not to be over-analytical...”

“The most significant lessons to be drawn from the authorities as applied to a case of this kind seem to be the rather obvious ones, that this is a conversational medium; so it would be wrong to engage in an elaborate analysis of a 140 character tweet...”

And, in an earlier decision in the context of online chatrooms and bulletin boards, Smith v ADVFN Plc [2008] EWHC 1797 (QB), Eady J commented:

“…they are rather like contributions to a casual conversation (the analogy sometimes being drawn with people chatting in a bar) which people simply note before moving on; they are often uninhibited, casual and ill thought out, those who participate know this and expect a certain amount of repartee or ‘give and take.’”

Collectively, these comments point to a degree of latitude when it comes to interpreting the meaning of words and phrases used on Twitter and Facebook. Mrs Stocker was not expected to pause and reflect over every word, or to ponder on every meaning each statement might bear. This does not of course mean that the social media user is absolved from observing the law of defamation. In Monroe, Katie Hopkins was found to have libelled Jack Monroe and the cost of her ill-judged 138-character tweet was, ultimately, many tens of thousands of pounds. Famously, in McAlpine v Bercow [2013] EWHC 1342 (QB), Sally Bercow was found to have published a defamatory allegation about Lord McAlpine in a tweet by way of innuendo. The context of social media may therefore be important, but will only go so far in determining the meaning of words.

If you require further information about anything covered in this briefing note, please contact Ed Perkins, or your usual contact at the firm on +44 (0)20 3375 7000.