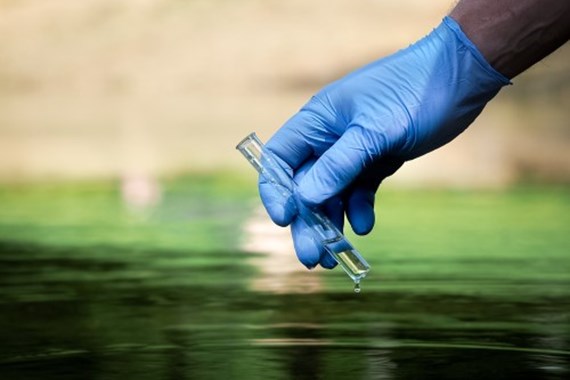 The Conservation of Habitats and Species Regulations 2017 require consideration of the impacts of a plan or project on a European site. Plans or projects include development plans and proposals for new development. The process is referred to as a Habitats Regulation Assessment ("HRA") and has several stages.

In the first stage, also known as the "screening stage", a competent authority (normally the local planning authority "LPA") must assess whether a development is likely to give rise to a significant effect on a European protected habitat (eg a Special Area of Conservation "SAC"). If the LPA considers that it is likely, then the LPA must carry out an in-depth Appropriate Assessment ("AA") of the implications of the development on the conservation objectives of the SAC.

The English Courts have allowed LPAs to take account of mitigation measures at the screening stage. However, following a recent decision by the European Court of Justice in People Over Wind and Sweetman v Coillte Teoranta, LPAs will now have to exclude mitigation measures from their screening assessment.

In People Over Wind, Coillte, a publicly-owned company in Ireland, obtained planning permission for a wind turbine near the River Barrow and River Nore in Ireland. Both rivers contained SACs and the River Nore is a habitat for the endangered Nore pearl mussel.

The cabling for the wind farm was not included in the wind farm planning permission and did not require its own planning application, unless the cabling required an AA. Coillte's screening assessment reported that construction of the cable was likely to result in the release of suspended solids into river Nore, a threat to the Nore pearl mussel. Coillte built mitigation measures into the development (e.g controlling surface run off into watercourses) which they believed sufficient to show that there were unlikely to be any significant effects on the habitat. As a competent authority, Coillte concluded that no AA was required. People Over Wind and Sweetman challenged Coillte's decision in the Irish Court.

Might a developer argue therefore that a measure is not a "mitigation measure" and is simply part of the "project design" and therefore can be taken account of at the screening stage? It seems that, if the purpose or effect of a measure is to avoid or reduce an effect on a habitat, developers should consider this to be a mitigation measure. It should be excluded from the design put forward to the LPA for its screening assessment.

This judgment is likely to increase the number of AAs and legal challenges, if there is any doubt over the lawfulness of an HRA. If an LPA identifies adverse impacts on the integrity of an SAC as part of an AA, it must continue to the next stage of the HRA and assess whether there are other solutions. These may include, for example, a project of a different scale, nature or location.

If no alternative solution exists, the LPA must consider whether there are imperative reasons of overriding public interest (e.g. human health, public safety, etc) to agree to the plan or project, notwithstanding the harm. If the HRA reaches this stage, there are only very limited circumstances where the plan or project should be agreed.

The judgment has significant implications for developers who are urged to carry out thorough ecological due diligence when considering sites for new development, particularly if they are in or near European sites. For those who are part way through the planning process, it's worth pausing to take advice to ensure your development is not at risk of challenge.

The Planning Inspectorate has issued a guidance note (PINS Note 05/2018) to Planning Inspectors to advise them on the implications of the ECJ judgment for planning appeals and development plan examinations that are also affected by the ECJ judgment. The PINS note advises Inspectors to consider whether an AA is now required for a plan or project that took account of mitigation measures at the screening stage.

This judgment does not appear to apply to the screening of Environmental Impact Assessments (EIAs). For example, the European Commission's Guidance on EIA allows mitigation measures to be taken into account at the screening stage. Further, the EIA screening stage is a more formal process that is enshrined in law rather than the informal 'trigger' stage for an AA.