Few people will have missed the headline this morning that the government plans to abolish section 21 notices. No doubt landlords everywhere will have spilt their coffee and tenants will have raised a cheer. In reality, though, the proposal is not quite as black and white as some of the news reports would have it.

Section 21 notices (under the Housing Act 1988) allow for the eviction of tenants under assured shorthold tenancies on a minimum of two months’ notice, without the need for the landlord to prove any fault on the part of the tenant. Abolishing this process means that landlords would have to rely on section 8, which provides for a landlord to evict a tenant if certain grounds can be proved, such as non-payment of rent or a breach of the tenancy agreement.

The announcement follows the government’s 2018 consultation on longer standard residential tenancies, the results of which were published today and show some interesting findings. One of these is that the duration of the tenancy might not be the main problem for tenants wanting security of tenure, hence the shift of focus towards section 21 notices. Another is that many landlords cited delays with the section 8 court process as a reason why they would be against a longer standard tenancy.

So alongside the headline, there is a backstory: the government plans to strengthen section 8 by adding further grounds for possession (such as the landlord wanting to sell the property or move in – although the latter technically already exists) and by speeding up the court process, for example through digitisation. The government’s response to its 2018 consultation states that it does not wish to reduce the supply of good quality rental properties by putting off landlords. It plans to issue a further consultation on the proposal, so the detail is by no means settled yet.

It also remains to be seen whether Theresa May will be in power long enough to see this through. Several reports have indicated that this is a personal project for her which might not be supported by her successor – and who can predict who that will be?

If you require further information about anything covered in this briefing note, please contact Laurie Horwood or Shona Ray Ferguson, or your usual contact at the firm on +44 (0)20 3375 7000. 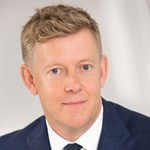