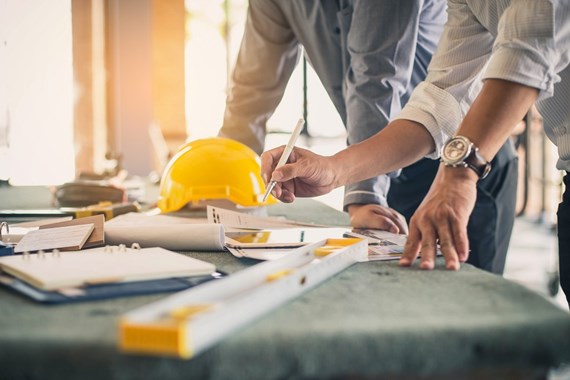 If the terms of a settlement agreement are “undoubtedly extremely harsh”, does that mean they are unenforceable as penalty clauses? In this case, the Patents Court applied Cavendish Square Holding v Talal El Maekdessi when considering the principles on penalty clauses.

The claimants (a parent company and its subsidiary) are suppliers in the construction industry and the defendant (Makin) owned a third of the parent company and was managing director of the subsidiary. Makin invented roofing products, which he patented and licensed to the subsidiary, but he stated in an email in 2012 that he believed the subsidiary should own the patents. Tensions grew between Makin and his business partner and they decided to sell Makin’s shares. This led to an inevitable dispute over intellectual property, which the potential buyer of Makin’s shares insisted had to be settled before the purchase. So, who owned the intellectual property – the subsidiary or Makin?

Makin became abusive, resigned from his directorship and started reaching out to his contacts within the industry, encouraging them not to engage in business with the companies. Eventually, in 2017, the parent company bought Makin’s shares for £620,000 as part of a settlement agreement; and as part of the settlement Makin assigned his intellectual property rights to the subsidiary company and agreed that he would not make any claim to his entitlement or interest in them. The terms of the agreement also entitled Makin to receive 5 per cent of the monies received in relation to the patented products.

In 2018, and in breach of the settlement agreement, Makin registered equitable rights in five of the patents with the UKIPO in 2018. As there had been a breach, the settlement agreement terms required that he repay a sum of £616,667 and that the 5 per cent payments would cease. The claimants sought summary judgment to enforce these repayments but Makin argued that they were unenforceable as penalty clauses.

The court considered two points: 1) what were the legitimate interests of the business that were being protected by the relevant clauses?; and 2) were the terms of the clause so unconscionable, exorbitant, extravagant or out of all proportion to that interest?

The roofing product accounted for 40 per cent of the subsidiary’s gross profits in 2017, and so the related IP rights were commercially very important to the company. Any confusion or distrust in relation to the ownership of the IP was deemed to have a significant impact on lost business opportunities and would significantly impact on the value of the company. The court also considered the extent to which time and resources would need to be allocated to assert the companies’ rights over the IP. Makin’s volatility and aggressive conduct also factored into the companies’ negotiation of the settlement agreement, as it was expected that any disputes would be highly contentious.

The financial consequences of Makin’s breach were commensurate with the impact and consequences of his actions. The sums involved were not disproportionate as it was clear that a dispute over the ownership of the IP rights could result in potential losses to the company in the hundreds of thousands. In addition, Makin entered into the settlement agreement with legal advice and so was considered to have been fully aware of the consequences. Makin asserted that his breach was relatively minor, but the court saw no such distinction and maintained that the impact of his breach was sufficient to merit the repayment.

These types of clauses are always going to be a bit of a balancing act – are the obligations proportionate vs are our commercial interests adequately protected? Whilst this case does serve as a helpful reminder to ensure any financial obligations upon a breach are proportionate, it also reminds us that these provisions and the resulting consequences cannot be overly harsh and/or allow parties to recover disproportionately large sums. So there is a check and a balance applied by the law - focusing on the legitimate interests that the “penalty” is said to protect or guard against -  but the hurdle for it remains relatively high, especially for parties having taken their own legal advice. The courts will be reluctant to interfere in the bargain that the two parties have agreed upon unless in the most disproportionate of circumstances.

As ever, it also reminds us all that it is crucial to paper up and document any business critical agreements or arrangements as soon as possible, especially with regard to IP rights, because ownership can prove so contentious.