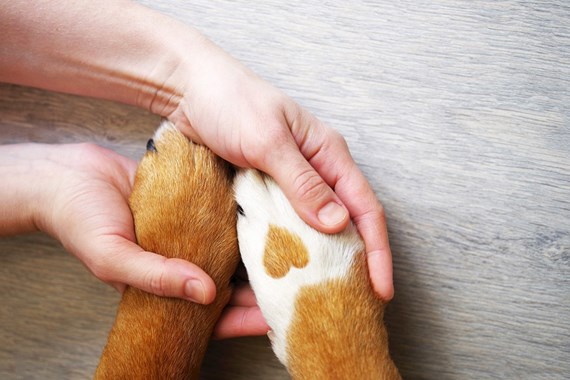 Pause a moment to consider the amount that British people spend on pets each year.

There are almost as many pets in UK as there are people, and it’s reckoned that £7m a year is spent on pets. And that’s not taking into account the legal fees which arise in pet ownership disputes...

Pets therefore are something precious, and not only financially but also emotionally. There is something visceral about the ownership of a pet. A dog is a person’s best friend, and all that.

During the lockdown consequent upon coronavirus, more people than ever have been buying pets. They are companions. For the elderly, many of whom have been shielding and housebound, the ownership of a pet has been an outlet and a bright spark of light in an otherwise dismal surrounding. Pets have never been so important. At a stroke, more business for lawyers.

So it’s not that surprising that just as family lawyers write articles about real property, about share options, and about other possessions which are the subject of family law disputes (and see for example here) so they are going to write about pets and their significance in a family law context.

Incidentally, the writer has been much helped by what he believes to be the only book ever written on the subject, Pet Law and Custody, by Barbara Gislason, published by the American Bar Association in 2017, the index of which lists more than four hundred reported cases about pets; many sad tales in there.

Pets are not of ephemeral importance. Cats live for 20 years, and famously have nine lives. Dogs can live for 15 years. Tortoises can live for more than 50 years – I’ve seen one that age. Owners can have relationships with pets for longer than their children are minors.

And children often have close relationships with the family pets. Especially in one-child families.
It therefore makes sense, and will win you clients, if you as a lawyer can be proficient and empathetic about the kind of legal situations which are going to arise around pets in a family law context.
As lawyers, we’ve seen cases where pets have been of pivotal importance. By way of example, Ant McPartlin, of Ant and Dec, was reported as disputing custody of a yellow labrador with his ex-wife.

And see the reported case of IX v IY (Financial Remedies: Unmatched Contributions) [2018] EWHC 3053, [2019] 2 FLR 449, where the wife who received a £10m award was seeking custody of dogs in England and France. The High Court‘s judgment, which took up 110 paragraphs, required the parties to go to a specialist dog mediator to resolve that element of their dispute...

A pet as an item in English law

A pet is counted as a thing, a chattel, in English law. It’s an item, like for example a piece of furniture, it will be owned by one party or the other.

In a divorce, civil partnership dissolution or judicial separation, a judge would have discretion as to who should own the pet, and the animal could be the subject of a property adjustment order.

But where the couple have not been married, the ownership of the pet will be a matter of construing and often hounding down who actually owns it.

The careful couple will keep records relating to the purchase of the pet. These can be decisive as to ownership. So there will be data for example on the pet’s and owner’s registration at the Kennel Club or similar, who paid for it, who arranges and pays for the insurance of it, takes it to the vet, arranges its kennelling, feeds it, takes it for walks, et cetera. The original ownership documentation is not decisive, as ownership can move over time to the other member of the couple. For example, in cases where dogs have been purchased as presents for wives, ownership has moved to the husbands when the dogs have been taken with them to their offices, and have spent whole days with them there during the working week.

Cohabitation agreements are enforceable in English law. Often one member of a couple may already own a pet when she or he starts to cohabit with a partner. Or the young cohabiting couple may purchase a pet or pets together, before they have children.

If the pet doesn’t exist at the date of the contract, the couple can agree that the owner will be the purchaser of the pet, and any of its progeny.

So much the better if the cohabitation contract is prepared by lawyers, as the agreement is more likely to be compliant and therefore enforceable.

Exactly the same circumstances may arise in relation to a couple who are getting married and wish to have an agreement which will determine what happens if they separate or divorce.

It’s even more important to have lawyers’ involvement in the document when dealing with the ownership by future spouses of pets and their progeny, on Radmacher principles.

The only obvious way of preventing a court exercising discretion as to ownership will be the relative certainty of a well drafted pre-nup.

The enforcement of the international pre-nup will be more complicated now following the ending of the transitional period following Brexit. An English pre-nup executed following 11 pm on 31 December 2020 will not be automatically enforceable in another European country. Especially important therefore to think about enforceability of agreements about pet ownership which may have to be enforced abroad. Don’t let your agreement be a dog’s breakfast.

Mid-nups to deal with pet ownership during marriage?

Having a bespoke mid-nup or post-nup dealing simply with pet ownership may have the unintended consequence of confirming the terms of the pre-nup. That may be the last thing that one of the couple wants to do. An unexpected bite.

Alternatively, the drawing up of a mid-nup may foment troubles or disputes in a couple who have been married for a number of years. (The negotiation of a post-nup can often destroy a marriage).

Best therefore to have an agreement drawn up, preferably in writing, between the couple recording ownership at the time of purchase. Smarter to do that than to risk the marriage by negotiating a post-nup for the purchase of a pet.

Pets and the ending of the relationship

Litigation about pets can be disproportionately expensive. See for example the report of the £24,000 spent on ownership of the celebrated cat, Ozzy (here).

There is always room for an imaginative solution, as in any divorce. So the couple may agree to share the care of the dog on a one week on/one week off arrangement, or any such similar sharing of time as indeed may apply to the care of children.

Of course such agreements can work, and can be made to work, if the couple can be committed to an amicable co-owning arrangement rather than having bones to pick between themselves. All the more important in that kind of case for there to be strict rules about which of the couple will be responsible for payment of vet bills, breeding arrangements, holiday care, et cetera.

Much best of course to tame and harness the emotion of a break-up involving pets, by breeding as much certainty as may be possible in a well-drafted legal agreement, following the lead of best practice in family law.