Putting all your eggs in one basket

Michelle Obama has recently revealed that she and the former President conceived through IVF and companies like Apple, Facebook and Google are offering female employees a chance to freeze their eggs as many women now focus on developing their careers well into their 30s, when fertility is said to drop. IVF cycles in the UK have increased tenfold since 1991 according to the HFEA (the Human Fertilisation and Embryology Authority).

In most of these circumstances IVF offers couples a chance to have a biological family where otherwise this would not be an option. But what happens when a couple freezes and stores embryos during a marriage or relationship and then that marriage or relationship sadly breaks down? Who gets "custody" of any un-implanted and frozen embryos? Who gets to decide how, when and indeed if those are used?

In the UK embryos can only continue to be stored and used with the consent of both parties and consent can be withdrawn at any time. If one party decides they no longer wish to have the embryos stored or that they do not want the other party using them, they can change their minds. The Human Fertilisation and Embryology Act, the statute which dictates these laws, is strictly read. Once consent is withdrawn there is a 12 month “cooling period” and if there is no change in position, the embryos must be destroyed.

To date the English courts have no power to intervene on behalf of the party who wishes the embryos to be preserved, despite some arguably compelling cases and reasons for doing so. In 2007 the European Court of Human Rights considered the case of Natalie Evans. Natalie and her former partner Howard had been engaged and through IVF treatment, fertilised and froze six of Natalie’s eggs before her ovaries were removed. The couple separated in 2002 and Howard wrote to their IVF clinic asking that the embryos be destroyed. Natalie sought an order from the court preventing this, as this was her last chance of becoming a biological parent.

The case proceeded through the English courts to the ECHR where the court was forced to balance Natalie’s right to be a mother with Howard’s autonomy and objection to becoming a father. They ultimately found in Howard’s favour deciding that even Natalie’s right to a family life did not override the fact that Howard had withdrawn his consent for the embryos to be used. The embryos were therefore destroyed.

What if consent is forged and a child is born as a result? How does the law approach the legal ramifications of parenthood in these circumstances?

A recent case dealt with exactly this issue. In 2017 the High Court refused to award a man damages against the fertility clinic when his former partner forged his signature on consent forms and gave birth to a daughter using frozen embryos. He sought damages equal to the financial cost of bringing the child up - to include the cost of her eventual wedding!

It was found that the clinic had failed to obtain proper consent from both parties, but it was not liable for the financial consequences of fatherhood. The father would have to meet these costs himself.

Couples also may not have considered before embarking upon IVF treatment what they would want to happen if one of them died and the other wished to use their embryos after death.

Again, in this circumstance, consent is key. Both parties must explicitly consent to the embryos being used after death. A woman should therefore consider if she is content for her husband or partner to use a surrogate to carry their embryo and, if so, she must specifically consent to this in writing. Similarly, a man would need to explicitly consent for an embryo fertilised by his sperm to be placed in his former partner after his death. If the proper consents are not given then the embryos will be destroyed.

The English court’s strict position on consent and autonomy has, perhaps unsurprisingly, produced some heart wrenching cases. Couples need to know and understand the legal ramifications when they decide to store embryos on what might happen if their marriage or relationship breaks down. 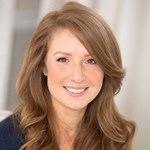