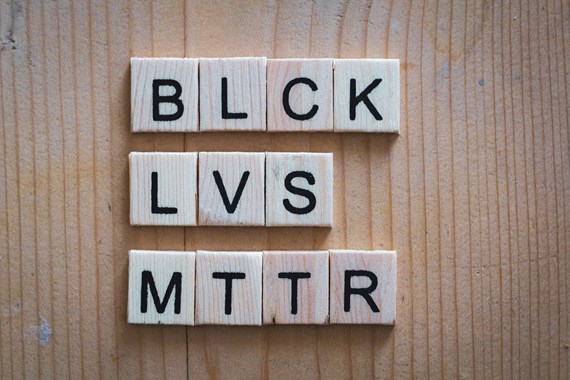 Please note this content was originally published in the Spring 2021 edition of the Independent Schools’ Bursars Association (ISBA) termly magazine, “The Bursar’s Review”, issued 26 February 2021, and is reproduced with the kind permission of ISBA.

The senseless killing of George Floyd in the US in May 2020 and reports of shootings of other black individuals, including Breonna Taylor, has had a universal impact and lead to mass protests in the US and UK.

The Black Lives Matter movement became a global issue with the news covering protests by people from all backgrounds calling for an end to racial discrimination.

#BLM was a watershed movement that triggered a number of issues for schools. Whilst the education sector is not the only sector impacted by #BLM, it is a critical sector: schools shape the minds, attitudes and outlooks of the next generation and create the opportunities for training and advancement needed for the job market.

What have we learned since #BLM?

1. #BLM is a subject that engages many stakeholders

Post #BLM, schools heard from their pupils, parent body and alumni with passionate concerns about race. Challenging questions were asked about schools’ recruitment practices and suggestions were made around how to  improve diversity.

Schools received specific complaints from past pupils alleging racist incidents and bias. This necessitated investigations. Sometimes these incidents hit the threshold for reporting to the Local Authority Designated Officer (LADO) and Charity Commission who took an interest in the cases.

From these investigations we learned that:

The media is another stakeholder. We learned of the need for schools to exercise caution with public announcements on the subject of race so as not to be seen as either minimising the issue or using language that suggests racism is confined to the past; discrimination is still prevalent today.

2. Racism can occur through peer on peer abuse

Since #BLM, pupils are reporting cases involving racially offensive language. This can range from the obviously racially offensive to the seemingly innocuous comments, such as “but where are you really from?”, racist comments veiled as a joke, comments on appearance and requests to touch other children’s hair. These sorts of scenarios (which are discriminatory or, at the very least, offensive and alienating for children), can escalate and become complaints.

We learned that staff did not feel they had the tools, training or language to deal with these incidents on the ground and reported nervousness about speaking about and addressing the subject of race. This poses questions about education and training, awareness raising and schools’ strategies for tackling racially inappropriate behaviour.

Since #BLM, the following types of issues have arisen in schools:

5. Diversity and inclusion from an employment perspective

#BLM has provided a good opportunity to go back and look at past reviews on race in the employment context.

There are two reviews which contain useful guidance:

“The Time for Talking is Over. Now is the Time to Act.” Race in the Workplace – the McGregor-Smith Review (report here) and “A Report into the Ethnic Diversity of UK Boards” by Sir John Parker October 2017 (report here).

These reviews make recommendations which are transferable to the school sector such as:

1. Reverse mentoring: senior leaders should seek opportunities to undertake reverse mentoring opportunities with individuals from different ethnic backgrounds in more junior roles. This will help to ensure that they better understand the positive impact diversity can have and the barriers to progression faced by these individuals.

2. Reject non-diverse lists: when recruiting through a third party, employers should ensure proportional representation on lists. Long and short lists that are not reflective of the local working age population should be rejected.

3. Diverse interview panels: larger employers should ensure that the selection and interview process is undertaken by more than one person. Wherever possible, this panel should include individuals from different backgrounds to help eliminate any lingering unconscious bias.

The Parker review contained a “red flags” section. For example:

There are other potential red flags, and whilst their presence does not mean definitively that there is a problem, they warrant further investigation.

6. The Government’s Commission on Race and Ethnic Disparities

Finally, this Commission was established by the Government in June 2020 in the wake of #BLM to look into race and diversity (see web pages here). It is being led by Dr Tony Sewell who is from an education background.

We have been reporting on the developments of the Commission since its inception and expect schools to feature in the output from the Commission which is now expected at the end of February 2021[1].

In a recent letter to the Minister for Equalities (see here), Dr Sewell gave some insights into the emerging findings of the Commission including:

The output from the Commission will no doubt be hugely interesting and hopefully helpful to the sector in addressing equality and diversity.

Maria Strauss and Shehnal Amin are lawyers at Farrer & Co specialising in employment law and safeguarding. They are members of the Farrer’s Racial Equality Taskforce led by the Farrer’s Safeguarding Unit.

If you require further information about anything covered in this briefing, please contact Maria Strauss, Shehnal Amin or your usual contact at the firm on +44 (0)20 3375 7000.