Right to terminate? Be wary of repudiatory breach - even if you think you’re in the right, it can be very costly 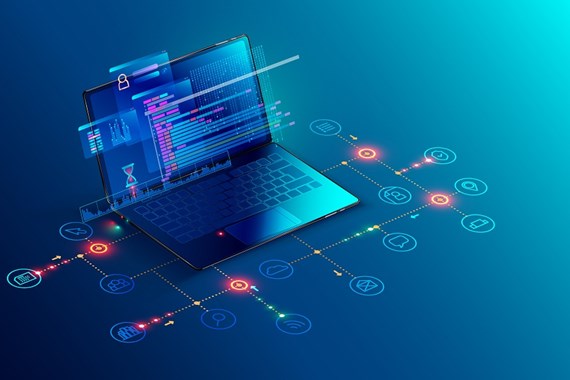 This case from the Technology and Construction Court (TCC) caught our eye as we are often asked by clients to advise on whether they have the right to terminate the contract they are party to when they consider the other side to have committed a breach. When can you be certain you have the right to terminate, and when will you inadvertently be committing a repudiatory breach?

In this case, CIS General Insurance Ltd (CISGIL, a wholly-owned subsidiary of the Co-operative Group Limited) had entered into a contract with IBM UK Ltd for IBM to provide CISGL with a new “flexible and contemporary IT infrastructure”, enabling CISGIL to provide tailored services to its customers, and for IBM to manage this new IT system for a term of 10 years. There were three parts to this contract, but the case really focussed on the master services agreement (MSA), and the obligations on IBM to deliver the new operating platform by a set date, with a number of specific milestones to be met along the way.

At one said milestone, CISGIL disputed an invoice for £3 million raised by IBM, on the basis that the required milestone which triggered this payment had not been met by IBM. Due to CISGIL’s non-payment of this invoice, IBM served notice of termination. CISGIL in turn disputed IBM's right to terminate, and treated the purported termination as repudiatory breach. This may sound a familiar set of facts - hence why it piqued our interest too…

The notice of termination served by IBM put IBM’s performance of the contract under a microscope. It is a clear lesson learnt that if you think you have the right to terminate for a breach committed by the other party, you should be confident that your performance under the contract (and in its formation) has been without fault.

CISGIL's primary claim was for damages in respect of its wasted costs arising out of the alleged wrongful termination by IBM. In addition, CISGIL brought a number of alternative claims against IBM – the most significant of these was for breach of a contractual warranty. Essentially CISGIL argued that they had been misled, and that IBM had misrepresented the nature of the new IT system. CISGIL had entered into the MSA with IBM on the basis that the new IT system was a commercial “off the shelf” product which could be bespoked easily in order to fit CISGIL’s system requirements. But IBM had in fact engaged Innovation Group (IG) to supply it with software and services for the insurance platform solution, and IG did not have the resources to undertake the nature and extent of base development required. CISGIL argued that it would not have entered into the MSA had it known the extent of the software rewriting and base development required – in other words IBM’s warranty was untrue. CISGIL also brought alternative claims – notably for the costs arising from the significant delays to the project caused by IBM, and that IBM had not complied with its obligations to report to CISGIL.

On an examination of the facts IBM was held to have fulfilled the warranty and had accurately represented the extent of software rewriting and base development which would be required. However, IBM was held to be responsible for the critical delays to the project (largely as a result of failures by IG), and held to be in breach of the MSA by failing both to meet key contractual milestones and its reporting obligations.

The judgment is detailed, and there were a number of issues in dispute in this case, but a key takeaway for us is that the TCC held CISGIL to have validly disputed the invoice, which entitled CISGIL to withhold payment pending resolution between the parties. The non-payment by CISGIL therefore did not entitle IBM to terminate the contract because CISGIL had disputed the invoice in accordance with the agreed process set out in the MSA. In the end, CISGIL was required to pay the disputed invoice, but this was off-set against the costs (some £16 million) which CISGIL was awarded by the TCC for IBM’s failings.

It is therefore important to make sure that as the “paying party” in such a contract (particularly where there is a “milestone payment process”), you have the express right to dispute any invoice which you do not agree with, and that the contract includes an express procedure for you to follow to raise your concern regarding the invoice, and for this to be resolved between the parties. Although not discussed in this case, it is sensible to state for completeness that non-payment of a disputed invoice under the agreed contractual procedure does not constitute a breach of the contract.