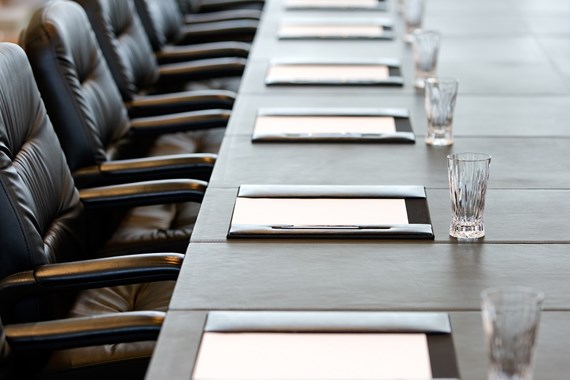 On 23 March 2020, Boris Johnson ordered the British public to stay at home for the first time. More than one year on and many restrictions imposed during the country’s first national lockdown remain in place nation-wide and may well do for some months yet.

With that in mind, this briefing looks back on the impact of such restrictions on shareholder meetings, and considers the changes made in response that might bring long-term benefits for shareholder engagement even after all restrictions have been lifted.

Coinciding with the onset of “AGM season”, many companies had already begun preparations for their 2020 general meetings when the pandemic first took hold, including issuing notices to shareholders on the assumption that such meetings would go ahead “as normal”. But as the scale of the pandemic became obvious and draconian restrictions on everyday life were rapidly introduced, a new reality emerged.

On the one hand, Government instructions were clear: no public gatherings of more than two people were permitted. On the other hand, the Articles of Association of many companies – not drafted to deal with these new logistical challenges – provided not only that an annual general meeting must take place within a certain time period, but also that it must take place in a physical location.

In what were already extremely trying circumstances many Directors found themselves facing an inflexible legislative framework, yet at the same time required to ensure that shareholder meetings took place and that approvals critical to business continuity could be obtained. It was, for many companies, a situation impossible to resolve within the law as it then existed.

Fast forward to 26 June 2020, and The Corporate Insolvency and Governance Act 2020 (CIGA) came into force. Moved through Parliament at rapid pace, it offered companies a lifeline of flexibility. Applying retrospectively from 26 March 2020, the legislation disapplied requirements to hold physical meetings and allowed companies to override provisions in their governing documents to dictate how their shareholders attended meetings and cast their votes.

Our previous briefing, accessible here, outlines in detail the provisions of CIGA as they apply to shareholder meetings.

Marks and Spencer Group plc was one such company to host a fully virtual meeting in 2020, with shareholders able to submit questions and cast votes both in advance and during the meeting using a dedicated app and website. The result was a huge increase in engagement, with over 1,500 people using the digital platform (either to vote, submit questions or view the broadcast), while only 561 shareholders attended the physical annual general meeting in 2019. Over 86 questions were put forward at the 2020 virtual meeting, compared to 58 the previous year.

Using the above as an example, it may be that a fully virtual meeting, run well, can increase participation from shareholders, especially where such individuals are located in many different countries or hold investments in several different companies whose annual general meetings might often fall on or around the same day. There may also be significant cost savings for a company by using this method.

By contrast, the “closed meeting” approach – whilst falling within the provisions of CIGA – raises questions from a governance perspective and would, in most cases, not be appropriate for companies to repeat in the long term. The Financial Reporting Council (FRC) has even suggested that such meetings are not aligned with the provisions of the UK Corporate Governance Code.

However, this is not to say that fully virtual or even hybrid meetings are always going to be the best option for all companies. It may be that some companies will find that shareholder engagement increases when a return to meeting in person becomes possible again. Indeed, some shareholders hold a deep-rooted belief that virtual meetings lead to disenfranchisement and prize the ability to be physically “in the room” with the company’s decision-makers and receive a response to their questions that is not rehearsed.

The provisions of CIGA expired on 30 March 2021. Companies must therefore ensure that their shareholder meetings are once again held in compliance with both CA 2006 and their governing documents, and the latest Government regulations on indoor gatherings. As the position for shareholder meetings in 2021 remains uncertain as lockdown measures are gradually lifted, companies would be well advised to prepare for their meetings as far in advance as possible and adopt a flexible approach.

What is clear is that what works for one company will not necessarily work for another. Whilst for some a “hybrid” meeting may be suitable, for others the advantages of the traditional physical meeting may remain the optimum approach. This will depend on a variety of factors, and it will be up to each company to balance those factors appropriately when determining the best approach for the future, both in the short-term and the long-term.

Time will also be needed to allow companies and their own shareholders to become familiar and confident with the new technologies available and the increasingly virtual nature of the business world. Changes that have been discussed in the hypothetical for some years have been brought into the frame in a startlingly short space of time, and there will almost certainly be “teething problems” with different approaches, as well as fresh problems that come to light over time (such as coping with technology failures, and potential security issues where shareholders do not attend meetings in person).

The FRC has described the traditional approach to shareholder meetings as “a straitjacket to progression”, but tradition should not be foregone for the sake of progression alone. Any changes should be well considered and always carried out with the best interests of the company’s shareholders at heart, with the aim of maximising good governance, transparency and the ability of shareholders to meaningfully engage with the Board.

Even if large physical gatherings are permitted during the second half of 2021, the situation remains unpredictable and subject to change, possibly at short notice. We consider that the following points would still benefit from consideration by companies this year:

If you require further information about anything covered in this briefing, please contact Richard Lane or India Benjamin, or your usual contact at the firm on +44 (0)20 3375 7000. 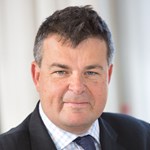 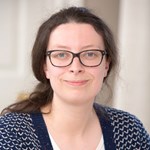