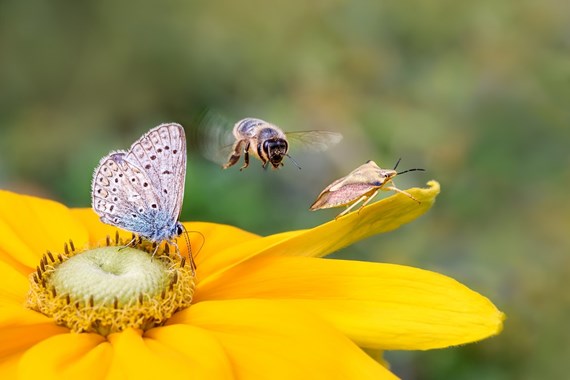 On 30 January 2020, the Government reintroduced the Environment Bill, which is currently making its way through Parliament. Although the detail may be different when it comes into force, the draft provisions indicate the Government’s current intentions. We discuss here one of the requirements that affect development: “mandatory biodiversity net gain”.

What is “mandatory biodiversity net gain”?

The Government’s National Planning Policy Framework February 2019 already requires local planning authorities to encourage developers to incorporate biodiversity improvements in and around developments, “especially where this can secure measurable net gains for biodiversity” [2]. However there is no standardised approach, and the Government in its December 2018 net gain consultation proposals, considered that “introducing a transparent and consistent requirement could provide certainty, allowing developers to factor in obligations up front so that more accurate estimates of land values can be made at the point of purchase”. Moreover, this approach “could create a level playing-field for developers”.

How are the measures in the Environment Bill intended to work?

What are the implications for developers?

The Government is expected to provide, and consult on, guidance to assist stakeholders. The Government hopes this guidance “will make it clear to developers what should be required and by when”, and this should shed further light on how the two-year “transition period” for the provisions will work. For the time being, developers should consider how their current development proposals, including land acquisitions, may be affected by these proposals. In this regard, developers should consider using available tools [4] or obtaining expert advice to assess the likelihood of providing on-site habitat creation on a proposed site. In the Government’s July 2019 “summary of responses and government response” to the December 2018 net-gain consultation, the Government indicated that a “mitigation hierarchy” should be followed, which prefers the use of on-site habitat creation options over off-site options. However, it is not clear at this stage to what extent this will weigh against sites with limited on-site options.