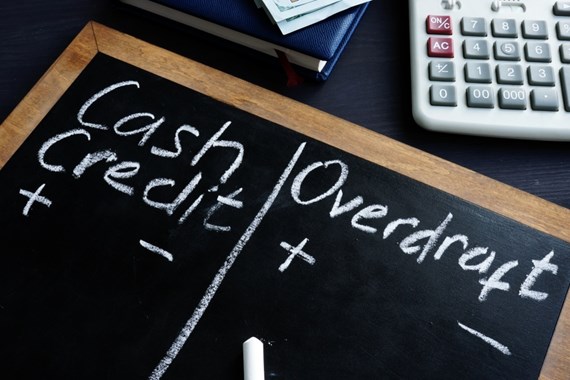 Excessive use of overdrafts causes harm, and the FCA is clear that it disproportionately affects vulnerable consumers. The FCA particularly notes that in 2016 in excess of 50% of firms’ unarranged overdraft fees came from just 1.5% of customers, with unarranged overdraft charges causing harm to more vulnerable customers. This focus on vulnerable customers is in line the FCA’s more vocal approach in relation to high cost consumer credit, for example its previous market study on credit cards. In order to reduce the harm caused by high cost overdrafts the FCA has made a number of changes, the majority of which are focused on changing the pricing structures in relation to overdrafts.

The overall objective of the FCA’s rules is to achieve “simpler and fairer pricing” for consumers using overdrafts. In particular, the Consultation Paper and Policy Statement cover the following topics which we refer to in this briefing:

Greater monitoring of overdraft use by consumers

Preparing for the new rules

The FCA is keen that overdraft pricing is as simple as possible to allow consumers to understand the costs associated with overdrafts and to allow them to compare costs across providers therefore facilitating switching. As a result, the FCA rules require firms to price overdrafts with a single interest rate, i.e. no tiered levels of interest rates depending on the amount borrowed, although banks will be allowed to continue to offer an initial amount with no interest charge. The FCA will require firms to express this single interest rate as an annual percentage. Firms will have to provide consumers with a representative interest rate in relation to overdrafts so that consumers can more easily compare costs across overdraft providers (in a similar manner to how consumers can compare credit card costs).

The rules regarding simplifying pricing will come into effect on 6 April 2020.

The rules regarding displaying APRs will come into effect on 6 April 2020.

The rules regarding alignment of arranged and unarranged charges will come into effect on 6 April 2020.

As mentioned above, firms will continue to be permitted to charge refused payment fees, provided such fees “reasonably correspond to the payment service provider’s actual costs” of refusing such payments. FCA guidance states that providing alerts and notifications in relation to a refused payment is a legitimate cost that the firm can include in its refused payment charge. However, costs relating to fraud detection and prevention should not be included in such charges.

The FCA’s guidance on refused payment fees came into effect on 7 June 2019.

Greater monitoring of overdraft use by consumers

The FCA also wants much greater monitoring of the use of overdrafts and is requiring firms to develop a strategy to reduce repeat use harm. Firms will be required to submit their repeat use strategies to the FCA by 8 December 2019.

Firms will need to monitor their strategies and their effectiveness and the FCA is expecting reports from firms on the outcome of their monitoring after 6 months and again after 12 months. The intention of this monitoring requirement is to “promote earlier intervention” by firms in relation to consumers who use overdrafts on a frequent basis in order to reduce the use and the harm associated with the use of overdrafts in this manner.

The FCA does not require the reduction or removal of overdraft facilities for consumers in difficulties. Under the new rules, a firm is not required to consider the suspension or removal of a credit facility if it would cause financial harm to the customer. By allowing the firms to develop their own strategy, in line with FCA guidance, the FCA considers this should address the harm created by the repeat use of overdrafts by consumers in an appropriate way and in a manner consistent with the remedies which followed from its Credit Card Market Survey.

Firms should be aware that as the FCA intends to require reports on firms’ strategy and the outcomes of their monitoring, the FCA requirements in this area could easily develop over time.

The Consultation Paper included a policy statement in respect of competition remedies and will require providers of private current accounts to:

The FCA believes that this will increase competition between firms which may reduce prices and increase service quality. The competition remedies rules will come into effect on 18 December 2019.

The FCA does not believe that customers of private banks are likely to suffer the same harm relating to overdrafts as the rest of the consumer population and as a result private banks will not be obliged to comply with vast majority of the FCA’s new rules.

The new rules included in CONC 5C and 5D, which include the requirements regarding overdraft pricing and overdraft repeat use, define a private bank as “a bank or building society, or an operationally distinct brand of such a firm, over half of whose personal current account customers each had throughout the previous financial year net assets with a total value of not less than £250,000.” For this purpose, net assets do not include the value of the customer’s primary residence or any loan secured on that residence, rights under a qualifying contract of insurance or benefits that are payable to customers upon termination of the service or retirement. Helpfully, the new definition of private bank in CONC 5C and 5D does not include the restrictions on net worth originally proposed as it no longer relates to the ring-fencing definition. As such, a broad range of assets can be taken into account (other than those specifically excluded). Banks that meet the definition of a private bank will not be required to comply with CONC 5C or 5D.

Although the definition of a private bank has been modified in CONC, the definition in BCOBS 8, which deals with competition remedies, still relates to the ring-fencing definition. The FCA is consulting on amending the definition to align with those used in CONC in CP 19/18, published in June 2019. Private banks will not be subject to the rules in BCOBS 8 which include requirements regarding providing an online calculator tool to assist consumers in understanding the cost of an overdraft.

Preparing for the new rules

Most firms will already be working to ensure that they can meet the FCA’s requirements and we set out below key areas that clients need to consider.

Commercial implications – many firms will already have carefully analysed their personal current account population and should be able to finalise their work regarding how the FCA mandated simplification of their overdraft charging structures will affect their fees and interest rates from a commercial perspective.

Communication with consumers – while any changes to the firm’s charging structure will be due to regulatory changes, firms should be considering how best to convey any necessary changes to their consumers in an appropriate and clear manner.

Technology – the FCA has acknowledged the usefulness of online tools, for example the requirement to provide an online or app tool to allow customers to understand their eligibility for overdrafts and the requirement to provide an overdraft calculator so that consumers can understand how much an overdraft will cost them. In terms of the monitoring strategy required of firms by the new rules, technology can be helpful in carrying out monitoring tasks and helping firms analyse the outcomes of their monitoring strategy.

In the Consultation Paper, the FCA noted that it has developed the policy in the context of the existing regulatory framework and it acknowledges that there may be some regulatory implications following the UK’s exit from the European Union, including for example the issues regarding EU firms exercising their passport rights. However, the FCA is of the view that any amendment required by the Brexit process will be minor and it will not therefore need to re-consult on the changes.

If you require further information about anything covered in this briefing, please contact Grania Baird, Fiona Lowrie or Nandini Sur, or your usual contact at the firm on +44 (0)20 3375 7000.