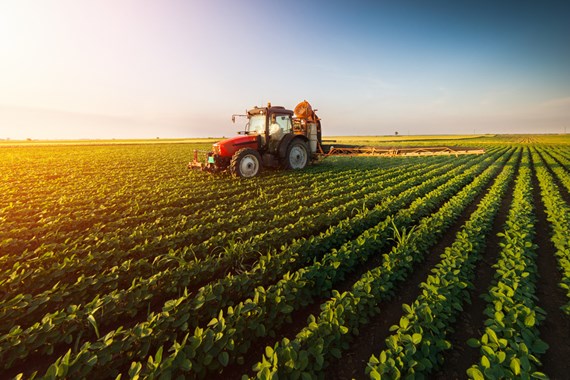 In April DEFRA published a consultation on the future of agricultural tenancies. It contains proposals to facilitate structural change and to encourage productivity. A similar consultation has been launched in Wales but here we focus on the English proposals.

The security of tenure afforded to tenants by the Agricultural Holdings Act 1986 (1986 Act), combined with a benign subsidy environment, is widely considered to discourage older farmers from leaving the sector and to be a barrier to new entrants. The figures showing the age profile of farmers are well-rehearsed but still startling. According to DEFRA, in 2016 40 percent of farmers in England were over 65 and only 2 percent under 35. It is DEFRA’s hope that tenancy reform will open up opportunities for new entrants when combined with proposals under the Agriculture Bill to decouple direct subsidy payments from the land.

Many of us are familiar with a scenario where an ageing tenant (with inadequate pension provision) has a decreasing motivation to farm energetically and no desire to leave the farmhouse that is his home nor the subsidy to which he is accustomed. Most AHA tenancies prohibit assignment even if the tenant does want to move on. Whilst some
landlords buy out AHA tenants with attractive surrender premiums, not all are interested in doing so. The most remarkable proposal in the consultation is to change the 1986 Act to enable tenants to assign the tenancy to a new tenant for a capital sum. The right would be exercisable on one occasion only and the landlord would have a right of pre-emption.
Other protections for the landlord would include:

Whilst the financial benefits to the outgoing tenant are obvious, any benefits to the landlord are less clear. Security of tenure under the 1986 Act works by constraining the ability of the landlord to serve notices to quit on what is usually an annual periodic tenancy. There is something very odd, to say the least, about converting this statutory protection into a capital asset for a tenant. Why should the state award this windfall to one group of farmers at the expense of another (or of landlords who exercise the right of pre-emption)? It seems arbitrary to push the cost of curing a perceived social ill onto other tenants/landlords in this way (and they may even have to pay SDLT on the premium for the privilege).

Landlords who might reasonably have expected their land to be returned on retirement or death in the near term instead face the holding being tied up for another 25 years unless they buy it back. In addition, there is huge scope for dispute over principles of valuation and what might comprise a reasonable refusal of consent. More work for professionals  and tribunals, but is that what the government wants? All in all, the proposal seems a heavy-handed way to deal with an issue that is to a large degree already being dealt with in more nuanced negotiations between land agents and AHA tenants who want a bespoke exit to suit their individual circumstances (and often a home nearby, not just money).

Another concern identified by the consultation is that user covenants in old form tenancy agreements from the mid-twentieth century often prevent tenants from diversifying out of agriculture. The proposal is to amend the 1986 Act to allow restrictive clauses to be referred to dispute resolution in order to vary them. Whilst this would be moving with the times in one sense, it may be a worry if the scope of the proposal is such that it overrides the express terms as to use which the parties bargained for at the outset.

A welcome proposal is to allow tenants and landlords to enter into improvement finance agreements. The fear that any hope of reform on investment might be lost in the 1986 Act rent review formula is often thought to dissuade landlords from investing in holdings. The proposal is that any agreed return on capital expressly agreed within an improvement finance agreement would have to be disregarded on rent review.

Another striking proposal relates to farm business tenancies. Parts of the sector are concerned that FBT tenants often do not enjoy a term sufficient to encourage them to invest in the holding. DEFRA speculates that one reason landlords are reluctant to enter into long term FBTs is the difficulty in obtaining possession in the event of the tenant failing to pay its rent. Landlords are also discouraged from long fixed terms if they harbour plans to develop part of the holding and are concerned about the 12 month statutory minimum notice period for termination. The proposal is therefore to encourage landlords to offer tenancies of over 10 years by providing shorter statutory termination periods for non-payment of rent or where the landlord has planning permission for development.

In each case, the proposals are reminiscent of the tangled statutory mechanisms for notices to quit under the 1986 Act. Landlords familiar with the complexities of Case B (notice to quit land required for development with the benefit of planning permission) and Case D (notice to pay/quit on non-payment of rent) under the 1986 Act are unlikely to find it an attractive prospect to become enmeshed in similar headaches in relation to FBTs. It must therefore be questionable how effective this proposal will be in encouraging landlords to let for longer periods. Many factors make for landlords favouring shorter lettings (including, for some institutional landlords, the desire to preserve book value), but landlords let on short terms mainly because they can, and because they preserve
maximum flexibility by doing so.

With the agricultural sector on the cusp of an exciting decade of change heralded by the Agriculture Bill, it is entirely right that the government should be looking afresh at the inherited framework of twentieth century tenancy legislation with a view to making that legislation work with the policy objectives of the new subsidy regime. DEFRA’s consultation closed on 2 July. A summary of the consultation responses will be published
in the following three months. It will then be for the government (of whatever political colour that may be) to respond.

If you require further information about anything covered in this briefing, please contact James Maxwell, or your usual contact at the firm on +44 (0)20 3375 7000.