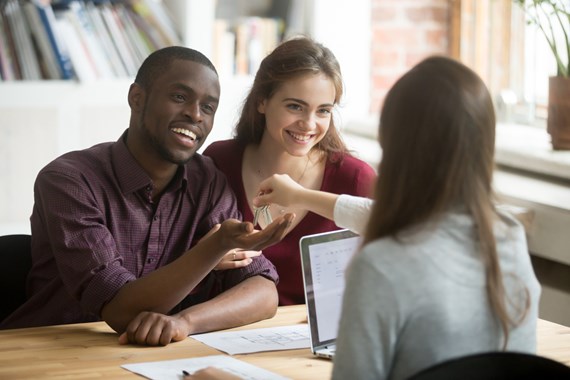 Some of you may have noted that Helen Hayes MP (Dulwich and West Norwood) (Lab) sought leave to bring a Bill before Parliament a few weeks ago (27 February 2019) on the topic of Affordable Housing and Land Compensation.

In normal times a backbencher laying a Bill before the Commons would be a point of interest but one which might not necessarily lead to legislation being passed - the Government generally has control of the business of the House. However, it might not be uncharitable to say that these are not normal times. As of the date of this article the Government has no working majority. Combine this with events of the last 12 months that relate to affordable housing, land value capture and viability assessments and you could see some head of steam developing that might give the Bill a chance.

Before moving on to the substance of the Bill we should (very briefly) recap on some of those key milestones from the last year:

Noting the re-emerging political interest in land value capture, [the Committee] launched an inquiry to hear from academics, experts and industry groups regarding how central and local government could better capture increases in land values for the public benefit.

The Courts upheld a refusal of planning permission where the affordable housing provision offered did not meet the relevant local target. It was a warning to developers not to overpay for sites, and use similar overpaid comparables when assessing viability, on the assumption that planning authorities can be negotiated down on affordable housing and other obligations. It has been widely recognised as a key case of 2018.

The much-anticipated update to the NPPF was published and of interest here were changes to wording on viability especially in plan making when compared to the 2012 version:

The difference being that viability needs to be given fuller consideration at the plan making stage by local planning authorities.

The Committee’s overall conclusion was that: “There is scope for central and local government to claim a greater proportion of land value increases through reforms to existing taxes and charges, improvements to compulsory purchase powers, or through new mechanisms of land value capture”.

Sir Oliver’s review examined the gap between actual housing completions and planning permissions in place. Sir Oliver concluded that “the homogeneity of the types and tenures of the homes on offer on these [larger] sites, and the limits on the rate at which the market will absorb such homogenous products, are the fundamental drivers of the slow rate of build out”. Sir Oliver then recommended a series of planning reforms backed up by changes to compulsory purchase aimed at increasing the diversity of residential product on offer.

The Government’s response to the Report noted that “… our objective, through reforms to developer contributions and wider planning reform, is to reduce speculation and negotiation and try to inject more certainty into the system. The Government has been clear that it is a key priority to get more homes built…”. A very broad summary of the extensive Government response would be that existing reforms such as in the Neighbourhood Planning Act 2017 need time to bed down before further extensive reforms are undertaken – this position is also reflected in the recent decision to only have a “technical” consultation on Community Infrastructure Levy reform.

The NAO concluded that “from the setting of the need for new homes, to the reductions in local authority capability, the under-performing Planning Inspectorate and failures in the system to ensure adequate contributions for infrastructure, it is clear that the system is not working well”.

At the date of writing we still await the Government’s response to the Letwin Review but, we should expect to see a polite but similar response to the Committee’s Report – more data is needed and in the interim let’s see how planning reforms work out.

The common threads tying the above developments together are:

It is into this ongoing conversation on funding and housing that Helen Hayes is bringing forward the bill with the support of a cross party group of MPs.  At this stage (First Reading) we are only aware of the broad principles of the bill, but it is aimed at the common thread of paying for infrastructure and increasing affordable housing provision (and affordability).

“no more than 35% of net household income for lowest quartile income groups in each local authority area”;

The suggestion of an affordable market price for rental being 35% of household income for the lowest quartile income groups will doubtless raise some eyebrows with those with an eye on build to rent schemes. It would be ‘brave’ for the Government to adopt this figure not least because the actual delivery of housing depends on expanding tenures and encouraging greater build to rent.  Placing explicit limits on the expectations of developer profit would also be a bold move for a Conservative government to endorse, especially one which needs to incentivise development if the target of 300,000 houses being built each year is to be met.

The Bill may be premature, the Government is yet to respond to the Letwin Review and previous reforms and current proposed reforms to Planning and CIL are still to be tested. There is also an argument that many of the planning systems problems are really about a lack of resource and government are keen on addressing that.  Given the ongoing issues of uncertainty created by Brexit and that we are only now recovering to 2007/08 levels of housebuilding is now really the time for further “big” changes to the planning system?

If you require further information about anything covered in this briefing note, please contact Anthony McNamee, or your usual contact at the firm on +44 (0)20 3375 7000.