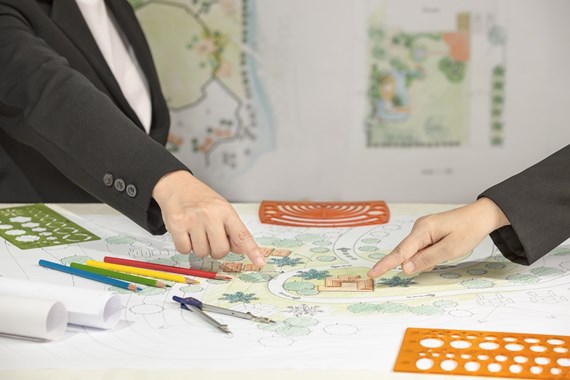 With much fanfare the Government has announced a proposed planning revolution in the form of its white paper: "Planning for the future". The Government’s proposed reforms take the form of 24 proposals which have a collective aim of:

[reforming]… the planning system to streamline and modernise the planning process, bring a new focus to design and sustainability, improve the system of developer contributions to infrastructure, and ensure more land is available for development where it is needed.

The white paper has been widely publicised and is in part a genuine opportunity for dialogue between government and the country. As with all white papers, not all of the proposals will make it to draft legislation, and even then not on to the statute book. However, I have set out below my top 5 proposals from the White Paper which appear positive and, if done well, may help drive development and encourage investment.

Areas identified as Growth areas (suitable for substantial development) would automatically be granted outline planning permission for the principle of development, while automatic approvals would also be available for pre-established development types in other areas suitable for building.

If carried through, this proposal would strip out arguments about the principal of development from the application stage and free developers to focus on practical measurable details. It would still be possible for proposals different from those in the local plan to come forward and in such cases the principle would be open for consideration but that should be welcomed as a retention of flexibility. Should this change come forward it will mean that developers (and landowners) have to focus on the local plan preparation in a way that may not always be the case presently.

Decision-making should be faster and more certain, with firm deadlines, and make greater use of digital technology

The government would like the 8 and 13 week time limits for determining planning applications to be a firm deadline “not an aspiration which can be got around through extensions of time”. So long as this does not remove freedom where there are reasons for a developer to want an extension of time, this reform should be welcome, but it will need other changes to the planning application framework. Such changes are provided for in the white paper and include greater digitisation, development of new software to process applications and widen access to data, reducing the reems of documents needed in a planning application and for those which are needed to be machine readable. Data, its processing and sharing, will be key to the new application system.

Local authorities and the Planning Inspectorate will be required through legislation to meet a statutory timetable for key stages of the process, and we will consider what sanctions there would be for those who fail to do so.

The government wants to move from a system where it "regularly" takes over a decade for development sites to go through the whole local planning process to one where it would take 30 months. This timescale would be put on a statutory footing so would be a significant improvement and should reduce the costs associated with current extended land promotion periods.

We intend to design a quicker, simpler framework for assessing environmental impacts and enhancement opportunities, that speeds up the process while protecting and enhancing the most valuable and important habitats and species in England.

The government’s hope and objectives for this new way of assessing environmental impacts is that a reformed system should allow better sharing of data, simpler to produce and read reports and ultimately speed up decision making. A massive industry has developed around environmental impact assessments and there is a wealth of data out there that is not at present shared effectively. If done well, the new system could massively reduce duplication and cost by avoiding the need for multiple reports on the same topic having to be produced from scratch again and again.

Conserving and enhancing our historic buildings and areas in the 21st century.

Although a strangely worded proposal this is actually the prelude to a review and updating of the planning framework for listed buildings and conservation areas: the aim will be to allow "appropriate, sympathetic changes to support their continued use and address climate change". This will include freedom from the need for listed building consent in some circumstances.

While I have focused on the positives on this occasion, naturally there are some proposals which may not be quite so welcome. For example, while the proposal to abolish section 106 agreements may initially appear welcome, its replacement with a new infrastructure levy based on development value could add significant cost while also reducing freedom of action. Consultation on the white paper is open until 11:45pm on the 29 October 2020. Hopefully, during the consultation, sufficient detail will be discussed and explored to guard against throwing out the good with the bad in the existing system.

The Planning White Paper can be viewed here.

If you require further information about anything covered in this briefing, please contact Anthony McNamee, or your usual contact at the firm on +44 (0)20 3375 7000.