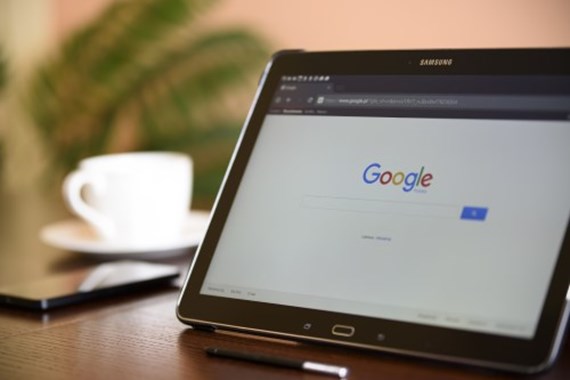 In February and March this year, two prominent trials took place regarding the "right to be forgotten": NT1 v Google LLC [2018] and NT2 v Google LLC [2018]. Both cases concern claimants with spent convictions seeking to prevent Google from listing information about their past criminal convictions in search results for their names. Judgment in both cases is currently awaited.

In this article we discuss the main issues at stake in the first judicial consideration of the right to be forgotten in the context of spent criminal convictions.

The first claimant, 'NT1', was convicted of conspiracy to account falsely in the late 1990s. The second claimant, 'NT2', was convicted of conspiracy to intercept communications over ten years ago. Both convictions are now 'spent' under the Rehabilitation of Offenders Act 1974 (the ROA) meaning the claimants generally no longer have to disclose their past convictions to employers. The ROA seeks to allow past offenders to move on from historic convictions, so that they do not have the blot of a criminal conviction on their record for the rest of their lives.

As Mr Justice Nicklin QC noted in the Pre-Trial Review (PTR), the internet provides "a real challenge" to the intentions of the ROA, as the ability to find almost anything on the internet makes it likely that past criminal convictions will appear in search results long after the conviction is spent. This is the case for NT1 and NT2, both of whom are trying to prevent Google from listing old newspaper reports about their spent convictions in search results for their names.

The issues at stake

These cases are noteworthy as they concern the famous "right to be forgotten", which has yet to be considered in this context by the UK courts. In 2014, the European Court of Justice (ECJ) held that data subjects could compel search engines to remove search results about them that are "inadequate, irrelevant or no longer relevant, or excessive in relation to the purposes of the processing" (Google Spain SL v Agencia Espanol de Proteccion de Datos [2014]). As of February 2018, Google had reportedly received over 2.4 million "right to be forgotten" requests.

The ECJ also held that the right to be forgotten had to be balanced against the legitimate interests of internet users and search engine operators. This balance depends on a number of factors including nature of information, whether it is sensitive, private or in the public interest, and if the data subject is a public figure. Nevertheless, the ECJ said that as a general rule the rights of data subjects would prevail.

In the UK, data protection law is currently governed by the Data Protection Act 1998 (the DPA), which stipulates that personal data should be accurate, relevant, up-to-date and not excessive. In addition, information about criminal convictions constitutes "sensitive personal data" under the DPA, which means that there are stricter requirements for processing unless certain exceptions apply, such as where the processing is in the public interest and necessary for journalistic purposes. The DPA will of course be replaced by the General Data Protection Regulation (GDPR) in May this year, which imposes even more stringent requirements on data processors.

The claimants have also relied on their right to privacy under Article 8 of the European Convention of Human Rights. The Supreme Court held in Re (T) v Chief Constable of Greater Manchester Police [2015] that criminal convictions constitute 'private information' at the moment the conviction becomes spent. Nevertheless, this has to be balanced against the right of internet users to freedom of expression under Article 10 of the Convention. Article 10 includes the right to receive, not just to impart information. Where competing rights conflict, the Court must decide where the balance should lie.

In summary, the claimants assert that this historic information about them is out of date and no longer necessary, in breach of their privacy and data protection rights. Google's defence includes that the information is substantially accurate and that these search results are necessary for the exercise of freedom of expression of internet users and/or for Google's own legitimate interests (that is, its financial interests).

These cases involve a complex balancing exercise for the Court. On the one hand it will need to consider the claimants' right to privacy and to limit the processing of their sensitive personal data. As the ECJ noted in Google Spain, the role that search engines play in modern society significantly affects the right to privacy and the protection of personal data. It is likely that almost every person who seeks to know more information about the claimants will do so via a Google search. This will have seriously undermined the intention of the ROA to allow past offenders to move on with their lives. The Court will have to weigh these factors up against the right of internet users to search for, access and receive information under Article 10. It will also need to consider carefully whether there is continued public interest in the publication of these historic convictions.

The Court will also consider Google's legitimate interests in sharing this information. This is an important point to bear in mind. While arguments about removing online content are sometimes framed exclusively in terms of free speech vs censorship, the reality is that Google's motives are primarily financial. The more it is forced to remove information from search results, the more it loses its status as the go-to source for information.

Google has argued that the availability of the information about the claimants' historic convictions is very substantially in the public interest. It will be interesting to see how the Court will assess this argument given Parliament's previous intention in enacting the ROA was to allow ex-offenders to be rehabilitated into society. Google has relied heavily on background information about the claimants and the convictions to show that their past convictions remain relevant. So far, only cases requesting that Google delist unspent convictions have gone before the UK Courts (see Townsend v Google [2017]; Edwards v Nottingham Post Media Ltd & Others [2015]; and GK v Google Inc. & Anor [2017]). In these cases, the Courts made it clear that public interest in the information remaining available would prevail.

In the case of spent convictions, however, the law is less clear. Recent cases concerning suspected criminal activity have not made it any clearer. In 2017, the High Court refused an injunction preventing Bloomberg publishing information about an individual who was under criminal investigation (ZXC v Bloomberg LP [2017]). The Court accepted that the individual's right to privacy was engaged, but found that Bloomberg had successfully established that there was substantial public interest in publication. However in 2016, the High Court allowed an injunction against Associated Newspapers to prevent it reporting that a businessman was under criminal investigation, and that he had been questioned under caution (ERY v Associated Newspapers Limited [2016]). These examples are not analogous to the cases of NT1 and NT2, but do they serve to show that this is a difficult area of law in which to make predictions.

Censorship and the internet

A broader question of censorship has also been raised in these cases. The URLs which Google refuses to delist are old newspaper articles reporting on public criminal trials. Although the Supreme Court has confirmed that information in the public domain can still be private (PJS v NGN [2016]), if Google loses it will be compelled to remove this information from search results. This would constitute a substantial interference with the Article 10 rights of internet users, preventing them from finding information that already exists online. The Court will need to consider if this interference is justified and what the implications of its decision will be for future attempts to make information on the internet harder to find.

In this context, the Court may also place the spotlight on the anomaly of information being blocked by the likes of Google within the EU but still being available to searches made against the same search terms from outside the EU.

The Information Commissioner's Office (ICO) was also given permission to intervene in these cases. The ICO is responsible for determining complaints where Google refuses to delist search results and has the power to take enforcement action against Google under Section 40 of the DPA. In 2015, an attempt to judicially review a decision made by the ICO not to force Google to remove search results failed (R (Khashaba) v Information Commissioner [2015]). The Administrative Court held that the ICO was well within its discretion in determining that Google had acted lawfully. The ICO's intervention in these cases will probably provide us with more insight into how it has assessed other complaints against Google, together with its views on wider policy issues and the Court's assessment of its current stance. Its intervention may also impact on the rights of data subjects and online publishers more broadly.

These two cases raise a number of very important issues concerning the right to privacy, data protection and rehabilitation, as well as the right to freedom of expression. While legitimate concerns have been raised about censorship and access to information, there is no doubt that the use of search engines produces serious difficulties for anyone with a colourful past, and this is particularly problematic in the context of ex-offenders whose attempts to move on from past mistakes are thwarted by Google's algorithms.

If the claimants are successful, there is no doubt that Google will receive many further claims for information to be blocked, but it must be likely that the search engine operator will appeal given the further erosion of the Article 10 right and the clash with the US's First Amendment principle.

If you require further information on anything covered in this briefing please contact Alicia Mendonca or your usual contact at the firm on 020 3375 7000.