Unmarried Parents: The Cost of Raising a Child

The financial provision available to unmarried parents is completely different to that available on a divorce.  Whereas on divorce spouses have claims against one another for their own benefit stemming from the marriage, the only financial claims that can be made by unmarried parents are claims arising from their ownership of property and claims on behalf of their children.

This briefing focuses upon the second of these. The claims are made under Schedule 1 of the Children Act 1989, commonly referred to as 'Schedule 1' for short.

That Schedule 1 is not better known, is particularly surprising when considered against the changing shape of families in the UK. In 2009 the lowest marriage rates ever were recorded in England and Wales, with just 21.4 males marrying per 1000 unmarried men aged 16 and over and 19.3 females. In contrast, according to the Office of National Statistics, between 2004 and 2014, cohabiting couple families grew by 29.7% and lone parent families grew by 11.9%. Whilst married couple families are still the most common family type in the UK, cohabiting couple families are the fastest growing type of family and lone parents with dependent children now represent 25% of all families with children.

1. Transfer or settlement of property for the benefit of the child

A parent can apply for a property to be transferred or settled on trust so that she and the child are housed.  However, this cannot last beyond a child's dependency and therefore the property will revert to the paying party once the child reaches 18 or completes their full time tertiary education, unless there are exceptional circumstances.

Only one such order can be made.

An applicant can apply to the court at any time and on any number of occasions for a lump sum.  Lump sum orders can be made for the purpose of enabling any liabilities or expenses to be met where they are:

The position in relation to child maintenance is somewhat complicated as a result of the Child Support Act 1991, which gives the state, acting through the Child Maintenance Service (CMS), primary jurisdiction for assessing and enforcing child maintenance as long as the paying parent is living in England and Wales. The CMS will carry out an assessment based upon a strict formula.

As a result, the court does not have jurisdiction to order a parent to pay the other parent child maintenance unless the paying parent lives abroad or the CSA has made a maximum assessment (i.e. that the paying parent's gross income has been assessed to be over £3,000 gross per week or £156,000 gross per year).

Where it has jurisdiction, the court has the ability to make a "top up order", and can order child maintenance in a sum it considers appropriate.  Case law establishes that, as a starting point, the same formula used by the CMS should be used by the court although there is more flexibility.

The court also retains jurisdiction in relation to a child's educational expenses, and any costs attributable to the child's disability if they have one.

4. Does the Amount of Financial Provision Depend on the Nature of the Parents' Relationship?

No. It does not matter how long the relationship between the child's parents lasted or whether the child was planned – the court is meeting the needs of the child and the welfare of the child is the court's priority.   The court will not therefore distinguish between a long relationship (perhaps akin to marriage) and a short dalliance that resulted in pregnancy.

5. How Does the Court Determine the Provision to be Made?

Most of the reported cases are "big money cases" where the father's assets have greatly exceeded the child's needs.  These cases illustrate both the court's approach the extent of the potential liability of these awards.

One of the most significant is Re P (Child: Financial Provision), a Court of Appeal case.  In that case, the young mother had little capital of her own and no real earning capacity and the much older father was very wealthy. The child was very young and the parties had never lived together.

The court set out some guidance regarding the approach to be taken:

This briefing (and the case law) focuses upon the upper end of financial provision made to unmarried parents.  Although the value of the awards may be surprising to some, it is radically different (and far less) than the provision available upon divorce.  Bearing in mind the growth in cohabiting couple families, and the fact that reform of this area of the law is unlikely to be a priority for many years to come, there needs to be a clearer understanding and awareness of the differences by those who cohabit with children. 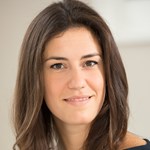