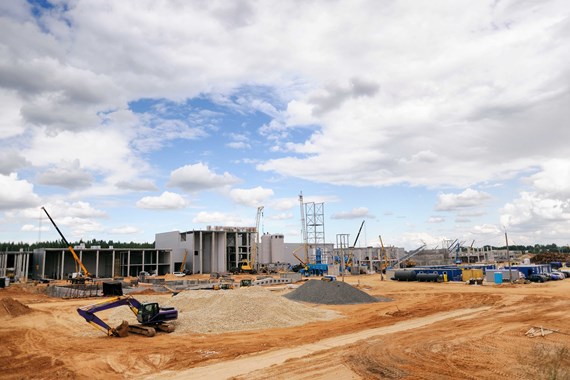 It is, of course, common practice for a developer-purchaser to seek the benefit of geotechnical site reports carried out on behalf of a seller in anticipation of sale. And usually the relevant professional will not object.

But what if this is overlooked? The recent case of BDW Trading Limited v Integral Geotechnique (Wales) Limited ("IGL") [2018] EWHC 1915 provides a salutary warning.

In 2010, Bridgend Council decided to sell a large site which had formerly been used as a residential education centre and for a dry ski slope. Its intention was to obtain planning permission and then sell the site for residential development.

The Council invited IGL to provide a site geotechnical report. One of the terms of the instruction was that the eventual purchaser must be able to rely on the report, and that it must be assignable, with warranties, at least twice. This was accepted by IGL.

IGL carried out a Phase 1 site investigation. In its report, it stated that the document was intended to be a "working document for further development in discussion with all concerned". It stated that "no obvious contaminated practices have been undertaken on site.... other than the use of oil fired heating" and that "therefore, it is considered that there is very little risk of any sources of contamination being located on site".

The anticipated competition for the site meant that the Council was able to insist on unconditional offers. BDW (part of the Barratt group) was the successful bidder.

As part of its due diligence, BDW discussed the report's findings informally with IGL, with whom it had an existing commercial relationship. However, BDW failed to take an assignment of the benefit of the report. This was "due to some internal mistake or confusion", said the Court.

Following completion, BDW discovered the existence of extensive materials containing asbestos ("ACMs") in part of the site. Remediation works (which the Court assessed as likely to have cost over £1.3 million) were carried out, and the site was developed.

BDW then sued IGL. Due to the failure to take an assignment of the benefit of its report, BDW was unable to establish a contractual relationship with IGL. So, was IGL liable in tort?

The Court said that it had to decide whether a duty of care exists in circumstances where IGL was not asked to, nor did it agree to, BDW placing legal reliance on the report other than through the mechanism of an assignment which did not take place. Such a duty did not exist, the Court held.

For good measure, the Court also held that IGL had not been negligent. But it is a cautionary tale for prospective developers to ensure that all necessary assignments are effected.