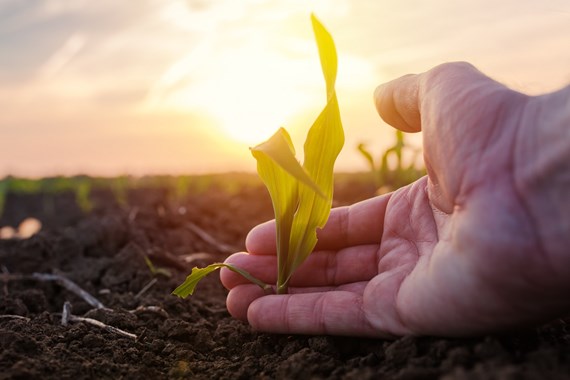 The government reintroduced the Environment Bill to Parliament in January 2020 as one of the measures to deliver on the aim in its 25 Year Environment Plan to “leave the environment in a better state than we found it”. The Bill has a wide scope but one of the most interesting potential opportunities for landowners is ‘biodiversity net gain’.

What is biodiversity net gain?

The concept will not be new to rural estates. The government’s National Planning Policy Framework already requires local planning authorities to encourage developers to incorporate biodiversity improvements in and around developments, but there has been no standard approach.

Although there are likely to be exceptions (such as development authorised under permitted development rights), the requirement for a 10 per cent biodiversity gain is set to apply to all planning permissions. Whether you are converting offices in central London or building homes on fields in Herefordshire, you will need to provide biodiversity enhancements. The enhancements will be contained in a ‘biodiversity net gain plan’ which is agreed with the planning authority as part of the planning process.

How will biodiversity net gain be provided?

Biodiversity net gain can be delivered in three ways (either individually or together).

The traditional way to provide habitat improvements is to incorporate them within the red line of the planning permission. This will remain possible. An architect will still be able to consider the layout of the site as a whole and where best to incorporate within the development, for example, a nature reserve.

The Bill requires that onsite biodiversity improvements are maintained for 30 years. Maintenance will be secured by a planning condition, a planning obligation or a conservation covenant.

Biodiversity gain does not have to be provided onsite. The gain can be ‘allocated’ elsewhere if the offsite area is recorded on a ‘biodiversity gain site’ register administered by the Secretary of State. To qualify as a biodiversity gain site, there must be a commitment under a conservation covenant or planning obligation to carry out agreed habitat enhancement works and maintain the works for 30 years.

Landowners are being given the opportunity to offer land to developers for biodiversity improvement purposes even when they do not own land immediately adjacent to a proposed development. There are no proximity requirements under the Bill, but we suspect that planning authorities will seek land within their jurisdiction, particularly if section 106 agreements become the accepted vehicle for works and maintenance obligations. Planning authorities are likely to prefer a single authority as the contracting party.

The offering of land for offsite habitat purposes will raise questions for landowners. What, for example, are the implications of giving up poor yielding farmland for the planting of trees to facilitate someone else’s development? Will the landowner’s tax position change (will agricultural property relief be lost if trees are planted – see David Gubbay’s article)? What happens at the end of the 30 year maintenance period (will the landowner be able to retain timber income for trees felled in year 40)? Will the landowner still be able to claim subsidies (what is the interaction with schemes such as the Woodland Carbon Guarantee scheme)? What legal structure should be put in place with the developer? We consider it unlikely that developers will want any ongoing interest. They are likely to want to pay a fixed sum to the landowner responsible for the habitat and make a clean break.

The third option is to purchase biodiversity credits for the development. Credits will be sold by the Secretary of State and have an assigned biodiversity value.

We cannot tell at this stage how much credits will be promoted by the Secretary of State and how attractive they will be for developers. The Secretary of State must be transparent and publish annual reports on the biodiversity credit system and how the credits have been spent. This will involve some administration.

Landowners may benefit from the credits system. If it becomes well established, landowners may see it as another possible source of funds for biodiversity projects in the same way as the grant regime.

It is more likely that the credit system could work against landowners, if it becomes the norm and a scale similar to CIL evolves. Where a development is on their own land it could simply be treated as an additional development cost which is deducted from the landowner’s share. If a landowner is able to offer offsite land for habitat purposes, there could end up being no market for this if the default position for developers is to purchase credits.

The ability to market land for offsite biodiversity net gain is an exciting opportunity for landowners if the Environment Bill becomes law. Landowners should consider carrying out an audit of their available landholdings, in particular areas not being put to productive use or where biodiversity gain is easy to achieve. If you have works planned for those areas, it may be you will wish to put them on hold to ensure that the bar for achieving biodiversity net gain is kept as low as possible.

Where landowners already have advanced plans for a planning application, they should consider submitting now before the requirement to show 10 per cent biodiversity net gain comes into force.

If you require further information about anything covered in this briefing, please contact Paul Krafft or Anthony McNamee, or your usual contact at the firm on +44 (0)20 3375 7000. 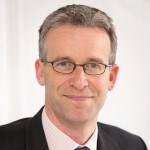