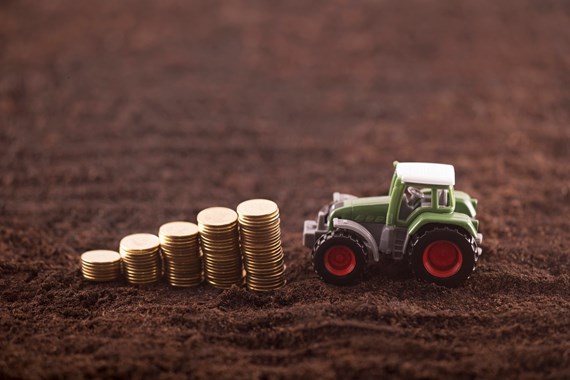 Rhoddy Voremberg considers 40 years of change to capital taxation and looks to the future and what proposed reform may mean for rural estates.

When I qualified as a solicitor in 1980, farmland was worth about £2,000 an acre with vacant possession and £1,000 tenanted. Capital transfer tax (CTT) was a cumulative tax with progressively higher rates applying to both lifetime gifts and transfers on death, the top rate being 75 per cent. After coming to power in 1979, Margaret Thatcher’s government started to draw some of the teeth of this tax and by 1984 the top rate was down to 60 per cent and the cumulation period for gifts was 10 years. Agricultural property relief (APR) was at 50 per cent only, but the Holy Grail was to achieve the ‘double discount’ whereby this relief could be applied to the tenanted value.

I advised many landowners back then who wished to pass their farms intact to their children. A lifetime gift was taxable at a rate of 20-30 per cent and, if the double discount could be achieved, this resulted in a charge of about £200 an acre, payable by the donee by 10 annual instalments – equivalent to about one per cent a year of the vacant possession capital value. Rebasing of assets for capital gains tax (CGT) in 1982, coupled with indexation allowance, meant that for at least a decade disposals of farm land were effectively free of CGT.

In 1986, CTT became inheritance tax (IHT), the potentially exempt transfer was born, and APR was increased to 100 per cent for in hand land. Never once did I hear a client who was paying off their lifetime CTT instalments from an earlier gift say they wished they had waited.

IHT has been with us for 34 years and there is a growing feeling that it is ripe for reform. In July 2019, the Office of Tax Simplification (OTS) published the second part of its review ‘Simplifying the Design of Inheritance Tax’, and in January this year the All-Party Parliamentary Group (APPG) published their report ‘Inheritance and Inter-generational Fairness’. Both made recommendations for reform including the interrelationship between IHT and CGT on death, and reform of APR and business property relief (BPR). A sweeping change to IHT, if it comes, will be a major undertaking for the government and the Treasury. If reform does come, in the current economic climate it is almost inconceivable they will reduce the revenue-raising power of capital taxation on succession to wealth, and there is every reason to believe that they will wish to both increase and simplify it.

In 2019, both the OTS and the APPG (in their interim recommendations) put forward a number of recommendations for the simplification of several of the technical complexities of IHT, but the APPG’s 2020 report is much more radical and recommends that the current IHT regime should be replaced by a tax on all lifetime and death transfers of wealth, with very few reliefs (APR and BPR would be abolished), a higher annual exemption (they suggest £30,000) and a lower flat rate of tax, likely between 10-20 per cent. They also propose (amongst other things) the CGT-free death uplift should be abolished, domicile should be replaced by a specific number of years of residence as the connecting factor for IHT, and gifts to trusts should be treated the same as to individuals, but all trusts should pay an annual fixed rate with no nil rate band.

The two most significant changes proposed by the OTS in their 2019 report are:

1. The test for BPR whereby the business has to be more than 50 per cent trading (as opposed to investment) should probably be moved to 80 per cent, thus aligning it with the definition of trading for CGT. This would make it much more difficult for the estate which is structured as a single composite business, including both trading enterprises and the receipt of rents from let property, to qualify for BPR.

2. Where relief from IHT applies on death, the uplift of asset values for CGT should not, and instead the recipient of the asset should be treated as receiving it at the historic base cost of the person who has died. As mentioned above, this recommendation is made by both OTS and APPG, and it is suggested that it should also apply where spouse relief is claimed on death, as it does on a lifetime transfer between spouses.

If they are implemented, these recommendations could have major implications for some landowning families’ succession strategies. Anyone who has structured their estate so that it currently qualifies for BPR on the ‘Balfour’ principles should certainly be considering now whether there is action they could take to ‘bank’ the relief.

Throughout my career the advice I have always given on IHT planning has broadly been “do whatever you are able and willing to, as and when you are able and willing to do it; and do the best you can within the tax regime of the time”. So, as in the 1980s, if you can make a gift now which ‘works’ for you and your family, we would suggest you do it. You are unlikely to look back if and when the tax regime changes and regret it. At the same time, we would also caution against letting tax planning decisions distort what you believe to be best for your family and your business, because these you probably will look back on and regret. The tail should not wag the dog.

If you require further information about anything covered in this briefing, please contact Rhoddy Voremberg, or your usual contact at the firm on +44 (0)20 3375 7000.