The Cabinet Office has recently launched a consultation on an updated Code of Practice for public authorities who are subject to the Freedom of Information Act (FOIA).

The Code of Practice sets out the approach that public authorities should adopt when dealing with FOIA requests. The Government committed to revising the existing, 2004, Code of Practice in its response to the recommendations made by the on Independent Commission on Freedom of Information in its March 2016 report (see our briefing here).

In this briefing, Jeremy Isaacson analyses the key changes proposed in the new Code of Practice and the implications those changes, if implemented, will have for public authorities who are subject to FOIA.

We think that experienced FOIA practitioners are unlikely to be required to make significant changes to their existing practices on request handling if the changes in the draft revised Code are implemented. But we have tried to flag the following three areas of particular importance:

1. Paragraph 4.6 (Deadline for compliance). Despite the recommendations of the Independent Commission on Freedom of Information, the draft revised Code does not propose tightening up the rules on extensions to the twenty working day response limit for consideration of the public interest test. Instead the draft revised Code says that it is "best practice" to limit such extensions to a further twenty working days.

We also note that the draft revised Code seems to suggest that the complexity and volume of the requested material and whether or not consultation with third parties is required may be relevant to the question of whether additional time is necessary. This reflects the fact that most public authorities do not spend additional time purely considering the public interest test and would seem to point to a more sympathetic approach to public authorities who are delayed in responding where volume, complexity or consultation with third parties is time consuming.

2. Chapter 7 (Vexatious requests). The report issued by the Independent Commission on Freedom of Information recommended that the revised Code should include guidance "encouraging" public authorities to use s14 FOIA which is the exemption for responding to requests which are vexatious.

As one might expect, the draft Code is instead more nuanced and contains no unqualified encouragement to use s14. Indeed, we suspect the useful Information Commissioner's Office guidance on s14 will continue to be the first port of call for practitioners considering whether or not to apply s14 to a request.

We did note, however, that paragraph 7.11 of the draft revised Code deals with the application of the public interest test to requests which are considered vexatious. It reminds public authorities that the public interest test in such cases should not act as a "trump card" requiring disclosure. This reflects, perhaps, a subtle dilution of the more 'purist' analysis of Lady Justice Arden's reasoning in Dransfield (which suggested that however vexatious a request, disclosure may be required if the request was aimed at "disclosure of information which ought to be made publicly available").

3. Paragraph 10.3 (Requirement that internal review responses should contain an indication of whether or not the Internal Reviewer agrees with the original handling of the request). We think the practical effect of this addition to the Code would be likely to subtly encourage the internal reviewer to direct his or her mind to the request from a more independent perspective and may lead to less instances of the reviewer adopting a 'computer says no' upholding of the original refusal notice.

If the draft revised Code is finalised without substantive changes, we suspect most public authorities will continue to rely on the Information Commissioner's guidance for day-to-day assistance on handling tricky requests and issues.

Much more significantly, the draft revised Code recommends as a matter of good practice that all public authorities publish:

1. their FOIA performance statistics where they have more than 100 FTE employees. This would cover information on the number of FOIA requests received, the timeliness of the response, number of requests granted/withheld, and the number of internal reviews.

Some smaller public authorities (especially those without dedicated information compliance teams) will find this type of monitoring relatively burdensome (even if the data itself is uncontroversial and merely involves checking data for nil returns).

2. senior executive pay & benefits, with no suggestion this only applies to larger public authorities. This section of the draft revised Code envisages proactive publication of information on pay (where it exceeds £90,000), expenses for senior staff, and benefits in kind by all public authorities, as follows:

The draft revised Code says that such information should be published "at regular intervals" and the consultation document makes it clear that "default position should be that all relevant public authorities publish information on senior executive pay and benefits and that this information is easily accessible to members of the public."

For obvious reasons, we think this will make refusing FOIA requests for this kind of data much harder.

More importantly, public authorities who are not central or local government departments do not, in our experience, currently publish this level of data routinely and will need to start making preparations to comply with this aspect of the revised Code. This is arguably therefore the most 'radical' suggestion within new draft revised Code.

We suspect respondents to the consultation will ask the Government to consider issuing clearer guidance on the applicability to different types of public authority, as not all public authorities have obvious staff who are "Director level and equivalents".

In addition, we wonder whether respondents will pressure the Government to raise the threshold above £90,000, particularly when considering that if implemented this will involve releasing the names of post-holders earning more than that amount.

Contracts teams within public authorities should note the updated guidance contained in chapter 9 of the draft revised Code, which deals with outsourcing contracts.

In particular, the draft revised Code recommends that outsourcing contracts contain an indication of what information will be held by the contractor "on behalf of" the public authority, which will therefore be "held" by the public authority itself for FOIA purposes:

The same chapter of the draft revised Code contains some useful guidance on what FOIA clauses in agreements between public authorities and third parties should contain. Using the list of possible items for inclusion in such contracts is a useful checklist against which you can check how robust your existing FOIA clauses are.

The draft revised Code of Practice is available here and public authorities wishing to participate in the consultation can do so here. The consultation closes on 2 February 2018.

If you require further information on anything covered in this briefing please contact Jeremy Isaacson or your usual contact at the firm on 020 3375 7000. 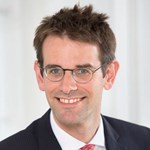