Umar Haque was employed part-time at the Lantern of Knowledge Educational Trust, an independent boys secondary school in East London. He also taught evening classes at the Essex Islamic Academy (known as the Ripple Road Mosque) in Barking. Both are registered charities.

At his recent criminal trial, Haque was found guilty of four offences including planning a terrorist attack. The court heard evidence that he had exposed children in his classes to graphic terrorist material with the long-term aim of building up an 'army'. In attempting to radicalise pupils, the jury was presented with evidence that he boasted about the trust he had gained. He was recorded as saying: "I built such a closer trust [with the children] especially the Barking lot..."

Questions, understandably, have been raised as to how Haque had the opportunity to build such trust. In a collaborative approach to investigation which has involved the Metropolitan Police Counter Terrorism Unit, the Department for Education, Ofsted and the Local Authority Children's Services, the Charity Commission is now carrying out its own inquiries into the governance and management of these organisations.

A statutory inquiry is a legal process enabling the Commission to formally investigate regulatory concerns within a charity. Inquiries help to identify mismanagement or misconduct in the running of a charity or use of its resources. In the case of schools, the Commission does not have the powers to investigate education standards – this being the remit of other agencies – but its reach is nevertheless extensive. Launching an inquiry gives the Commission a wide range of investigative, protective and remedial legal powers. Protective powers can be used to keep the charity's beneficiaries – particularly children – safe from harm where such measures are necessary.

In the case of the Lantern of Knowledge Educational Trust, the Commission's inquiry will examine "the charity's general administration, governance and management" and, more specifically, "the management and supervision of staff at the school with access to children or young people". The charity's policies and procedures, particularly relating to safeguarding, will come under scrutiny and the Commission has also exercised its powers to compel the release of information and records. The inquiry follows an Ofsted report in January of this year which concludes that "governors have not held school leaders to account for the decline in standards", and "have too readily accepted information from school leaders without insisting that it is rigorously analysed". These conclusions will be of particular concern to the Commission.

In the case of the Essex Islamic Academy, the Commission will consider how Umar Haque was able to even attempt to radicalise children. It will look into the level of "supervision, due diligence and oversight the charity had over Mr Haque, and its adherence to safeguarding policies and procedures". Further, the charity's financial controls, management and governance will be examined. The charity is already the subject of Commission orders when, as part of the inquiry, the Commission exercised its temporary protective powers to require the Academy to stop educational or recreational activities for those under 18.

Whilst cases of this sort are thankfully rare, there are nonetheless wider lessons for schools to take away. In particular, governors need to ensure accountability within their organisation particularly where responsibility for such things as safeguarding and recruitment is delegated. Governors are reminded that their role should include holding school leaders to account for their decisions and actions. This should include scrutinising the information with which they are provided to ensure they are satisfied as to its integrity.

The investigation is ongoing but the Charity Commission's report is, in keeping with its usual policy, likely to be made public following its conclusion.

If you require further information please contact Sarah Gill or your usual contact at the firm on 020 3375 7000. 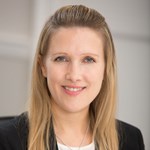