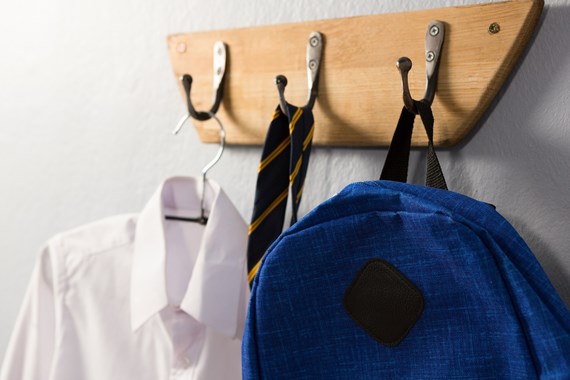 This is not a merely academic exercise – disputes about uniform can escalate dramatically if not handled appropriately. In 2021, Siham Hamud was suspended from school as she wanted to wear a longer skirt than was permitted under the uniform policy for religious reasons. Her parents were threatened with legal action for failure to ensure she attended school. You may remember in March last year that hundreds of students, parents and staff members protested outside Pimlico Academy. Amongst other things, the protesters were unhappy with the new uniform policy which banned colourful hijabs and hairstyles which “blocked the view of others”. The school protest attracted the attention of media outlets, the NEU and even MPs and led to the resignation of the Head Teacher. Our recent podcast considers the topic of hair discrimination in more detail.

This article will focus on four protected characteristics in the Equality Act (EqA).

While the EqA does not have a specific section dealing with uniforms, the Department for Education guidance “The Equality Act 2010 and Schools” (“the Schools Guidance”) makes clear that the question of uniforms falls under the school’s general obligation not to discriminate in the treatment of pupils under s85(2) EqA.

For this claim, it is no defence to say that you treated people equally; the entire point of an indirect discrimination claim is treating materially different circumstances the same way without good reason, causing a disadvantage to one group and not the other.

The definition of a PCP is broad. It is almost certain that a Uniform Policy will fall within the definition. The threshold of a PCP is very low. In British Airways v Starmer an ad hoc decision by management to give a counteroffer to a flexible working request counted. As such, a teacher enforcing the uniform policy, or refusing to make an exception to it, will probably count as well as decisions about uniform which apply temporarily, for example on school trips or at school social events.

In some cases the disadvantage will be obvious as the Claimant will be following a widely practiced tradition. What if the garment or hairstyle is not a strict requirement or the pupil follows a subset of the wider belief? Could a school argue it is not discriminatory because a group would not be disadvantaged?

First it is likely there has to be some link between the manifestation and the protected characteristic. This position was set out in the seminal European Court of Human Rights (“ECtHR”) case of Eweida and others v United Kingdom. The Claimant was a flight attendant on a BA aircraft. BA put a new uniform policy in place which banned, amongst other things, the external wearing of a Christian cross. The Claimant, who up to then had worn a cross externally, refused and was eventually dismissed. The ECtHR held there must simply be a “sufficiently close and direct nexus” between the act and the belief, it was not a requirement to show that the individual acted on a mandatory religious duty.

Since Eweida, Courts and Tribunals have been taking a wider approach to what constitute a manifestation in relation to religious belief. In Trayhorn v Secretary of State for Justice, the threshold for a group disadvantage was not a high threshold to reach. As the Court stated in G v St Gregory’s Catholic Science College Governors, it does not matter if the group is in the minority of opinion, just that there is a group. This always turns on the facts of the case for example:

The concept of “disadvantage” is given more definition by the EHRC Code on the Equality for employers. It defines disadvantage as including a denial of opportunity or choice, deterrence, rejection or exclusion. Disadvantage is highly subjective, and it is simply enough that the Claimant wishes to be treated differently. For example, the Claimant identifies as non-binary and does not want to wear the uniform of their birth sex. Most commonly in the schools context a disadvantage can be shown by disciplinary action or merely being told to remove the offending item of clothing or particular hairstyle.

An objective justification can be broken into two parts. Firstly, identifying a legitimate aim and secondly, assessing the proportionality of the measure.

Courts and tribunals have accepted a number of legitimate aims over the years that could, if applied proportionately, justify the initial finding of indirect discrimination. These have included:

The legitimate air must be rationally connected to the measure proposed. For example, in Sethi v Elements Personnel Services Ltd, the employer, who provided staff for hospitality, had a “no beards” policy. The Claimant argued this was indirectly discriminatory to his Sikh faith, of which an uncut beard was a religious symbol. The respondent attempted to justify its measures for “health and safety reasons”. The Tribunal took a dim view of this justification, there was no rational connection between health and safety and the requirement to be clean shaven. The policy was evidently aimed at personal appearance, which had different considerations.

… applied proportionately to the circumstances.

Ensuring you have some concrete evidence to prove the proportionality of the legitimate aim is necessary:

This need for some evidential basis makes it unattractive to run a legitimate aim based on coherency of the policy as a whole.

For an interference to be proportionate, it should be as unintrusive as possible. Rational alternatives should be considered before a blanket ban. For example:

Section 85(6) EqA in conjunction with Schedule 13 paragraph 2, places the school under a duty to make reasonable adjustments for disabled pupils as defined generally in s20 EqA. This gives schools an obligation to minimise disadvantages caused by PCPs or physical features, using auxiliary aids if necessary. Schools are not permitted to charge the disabled student, or their parents, for making such a reasonable adjustment.

What might making a reasonable adjustment include in the context of a school uniform? This is a highly-fact sensitive approach. Two examples are provided, one in the Schools Guidance and the other in the Equality and Human Rights Commission Technical Guidance for Schools:

There are relatively few cases on the issue of failure to make reasonable adjustments to uniform policy. It is best to consult with parents or carers of pupils with a medical condition to see what adjustments they think should be made for the pupil and then consider whether the school could accommodate that request.

Practical tips for drafting and applying your Uniform Policy

When facing issues with children who are disabled, have a protected religion, disability or are gender-questioning flexibility is key.

With special thanks to Alex Evan, a current paralegal in our Employment, who helped prepared this article.