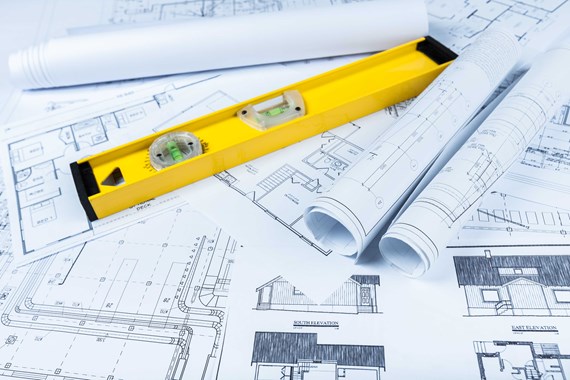 In our Summer 2018 edition, I discussed the People Over Wind decision by the European Court of Justice (ECJ) and the implications for Habitats Regulation Assessments (HRA). In a nutshell, the ECJ confirmed that a competent authority is not allowed to take account of mitigation measures at the screening stage of an HRA. Until that ECJ decision, UK Courts had allowed competent authorities to do this.

In May 2019, the High Court gave its judgment on two cases which it heard together where competent authorities had taken account of mitigation measures at the screening stage.

In the first case, Canterbury City Council v SoS and Hollamby Estates [2005] Limited, the developer applied for planning permission for a large mixed-use development which included up to 800 dwellings. The development site was situated within a few kilometres of several European protected sites, including the Thanet Coast and Sandwich Bay Special Protection Area (SPA) and the Swale SPA.

The developer submitted with its application information about the impacts on these sites in an HRA Screening Statement. This statement concluded that an Appropriate Assessment (AA) was not required as proposed mitigation measures would ensure there were no significant effects. For example, the developer agreed to enter into a legal obligation to provide a financial contribution towards a Strategic Access Management and Monitoring Plan (SAMM), which regulated access to the Thanet Coast and Sandwich Bay SPA.

The Council failed to determine the application and the developer appealed. The planning inspector granted planning permission and the Council challenged the decision on two grounds, one of which was the failure to carry out an AA.

In the second case, Crondall Parish Council v SoS, Crondall Developments Limited and Hart District Council, the developer applied for planning permission for 30 residential dwellings and associated development. The developer paid a financial contribution to the District Council towards a nearby Suitable Alternative Natural Greenspace (SANG) and a SAMM to mitigate the effects of the development on the Thames Basin Heaths SPA.

The Council refused planning permission and it was instead granted on appeal. The Parish Council challenged the decision on eight grounds, one of which was that the Planning Inspector failed to undertake an AA prior to granting planning permission.

High Court quashed one planning permission and not the other

The High Court had a discretion not to quash the planning permissions if it considered that the decisions would necessarily have been the same if AAs had been carried out.

In the Canterbury decision, the Court considered that the decision would have been the same, as there was enough information showing that the mitigation measures would not give rise to any significant effects. This position had been accepted by Natural England. The High Court did not quash this planning permission.

In the Crondall decision, although the SANG was included as a suggested measure in the District Council’s policy (which had been consulted on), objectors expressed concerns over the SANG’s lack of proximity to the development and whether residents would use the SPA instead of the SANG. Furthermore, the Inspector had applied the presumption in favour of sustainable development which he would not be allowed to do under the National Planning Policy Framework if an AA was required. This changed the planning balance and the Court could not be sure that the decision would have been the same if an AA was carried out. The High Court therefore decided to quash this planning permission.

Developers should always assess any potential impacts on habitats, as well as other environmental issues, in line with best practice. Enough evidence must be provided about the effectiveness of mitigation measures and likely significant effects to demonstrate that “no reasonable scientific doubt remains as to the absence of such effects”Canterbury City Council v SoS and Hollamby Estates [2005] Limited; Crondall Parish Council v SoS and Crondall Developments Limited and Hart District Council [2019] EWHC 1211 (Admin). The Judge in these cases referred to this level of proof as a “high threshold” and the Crondall decision illustrates that reliance on local policy is not enough; expert opinion is needed using contemporaneous information and feedback from consultees.

The Canterbury decision may lead developers to believe that a competent authority can account for mitigation measures to “screen out” an AA, if enough information is included in the planning application to demonstrate that there will not be any significant effects on habitats. As the Planning Inspector relied on a “Screening Statement” incorporating mitigation measures, it was open to legal challenge. Developers should ensure that if they are proposing to use mitigation measures, a full AA is carried out and this is reflected in the terminology used in the application documentation to assist the competent authority with its AA. There is no set process for an AA, but as noted above, the bar for proof is set high if a developer is proposing mitigation measures to avoid a significant effect.