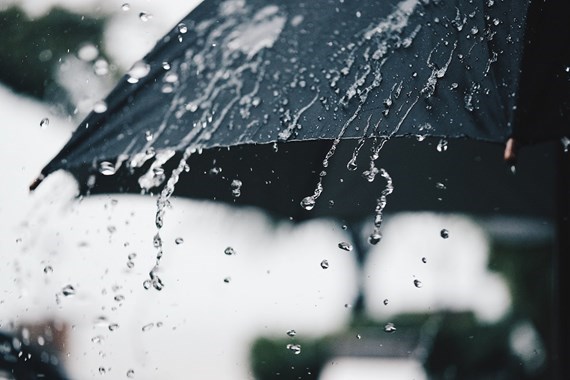 The adage ‘it takes twenty years to build a reputation and five minutes to ruin it’ is only half true for many of the country’s rural estates. Reputations may have been built over centuries and in the internet age your good name can be lost in a keystroke.

Not so many years ago, a bad review of a rural visitor attraction might have gone as far as the neighbours next door and stopped there. The sandwiches weren’t up to much, there was nowhere to park, the monkeys broke our windscreen wiper. Perhaps a grumpy frustration about the state of the loos was scribbled on a scrap of paper and dropped into the suggestion box on the way out. Today, everyone is a critic, and everyone is a publisher. A good review on Tripadvisor or Trustpilot has the potential to send thousands more visitors your way. A bad one might encourage people to drive on past. And while country estates have to suffer the indignities of genuine bad reviews like everyone else (because, sometimes, your sandwiches will be awful and the queues will be dreadful) what do you do if people are maligning your business maliciously?

A business which operates for profit can be defamed in much the same way an individual can. And the laws of libel apply as much to the Tripadvisor reviewer as they do to the editor of The Times. There is, of course, no recourse with genuinely bad reviews – you just have to up your game. But there is also no place for reviews which have been manipulated by your rivals, or by a disgruntled visitor who floods Trustpilot with a hundred 1-star reviews complaining about the cold coffee. Each of the major review websites have policies which forbid the manipulation of rankings by the disgruntled or malicious. Less frequent are reviews which are genuinely libellous and falsely impugn the reputation of a company or an individual so badly that you may feel your only resort is in law. A recent case saw a law firm take a Trustpilot reviewer to the High Court for an online review which had called them “scam solicitors”. The reviewer was fined £25,000 for his libel and yet, in the end, there was no clear winner. After the ruling, the firm of solicitors found themselves on the receiving end of so many negative reviews that Trustpilot had to suspend their business page. As so often in law, you must pick your battles.

What if the estate or the family suffers ongoing harm because of a news article which was only partly true, or told only one side of the story? Can old news be cut entirely from the web? Media outlets are reluctant to remove news articles from their archives, seeing themselves often as ‘journals of record’. But inaccurate stories should always be corrected, either by representation to the journalist, the editor, or to a regulatory body (to IPSO and Impress in the case of newspapers, if the offending publication is a member of either; to Ofcom for broadcasters).

Older stories can sometimes be removed, using the so-called ‘right to be forgotten’ under data protection law. Where personal data – information that relates to an identifiable individual – is inaccurate, irrelevant, or out of date, the law allows you to request its erasure. For Google and the other search engines, this means removing the story from the search index (often as good as removing it at source, especially if the article is on an obscure website). But you cannot use the right to be forgotten simply because you don’t like the information and you can only use the right if the information is personal. GDPR and data protection law is not a way to excise bad press but can help to remove inaccurate press.

What do you do when an errant employee posts images on Facebook from inside dirty kitchens, or leaks confidential information to the local paper revealing the family to be millions of pounds in debt? The response to each scenario is obviously case specific. Sometimes, the right thing to do is take the hit and just clean the kitchens. Other times, it will be so clearly a breach of confidence that legal action will need to be taken to secure the leaked information, attempt to remove what has already been divulged and protect the reputation of the family and estate.

In making its decision, the court will consider the competing right to privacy with the media outlet’s right to freedom of expression. Often, publications will invoke a defence of ‘public interest’ to explain why previously private information should suddenly be allowed into the public domain. An employee’s Tweet or Facebook post exposing wrongdoing or bad practice may technically constitute a breach of confidentiality, but the most appropriate solution may not be to rush to law, instead working with a team of professionals to help mitigate the damage, resolve the underlying issue and protect from further reputational harm.

If you require further information about anything covered in this briefing, please contact Julian Pike or your usual contact at the firm on +44 (0)20 3375 7000.