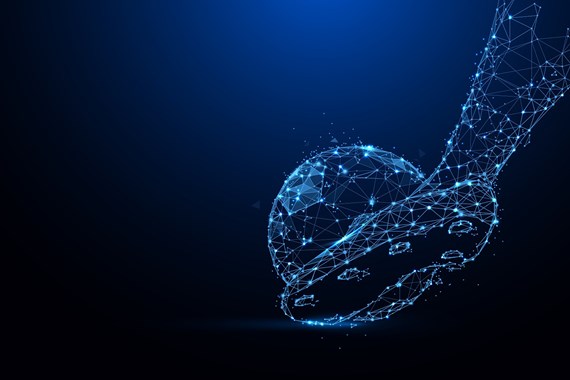 It has been reported that pre-action litigation letters have been issued by an organisation called Global Sports Data and Technology Group Limited (GSDT) to seventeen companies who gather and use football players’ data in the betting and gaming sector. GSDT claims to represent about 850 current and former professional footballers. The basis of the claim is that the defendants are processing the footballers’ personal data in breach of data protection laws.

The case doesn’t just affect Football but has the potential to set a precedent for the use of player data in any Sports. That data obviously has value, and many Sports derive substantial revenue from its use in betting and gaming, including in Cricket, Tennis and Rugby. This briefing explains what the GSDT claim is about, its merits, how it might play out and the implications for the Sports sector more generally.

Who is behind these claims?

As one of the three services it offers, GSDT says it is, “leading the understanding around the governance and incomes associated with sports data. Data is the new oil of the world and we are helping sport to understand and benefit from this. Our first project in this space is Project Red Card.” This indicates that there might be other claims relating to other Sports to follow.

Mr Slade has said that football clubs are not being targeted by the claims. Rather, part of the intention behind the claims is to educate the clubs on data issues. The clubs themselves and the Sport’s governing bodies may not be capable of being defendants anyway, given that the gathering of much of the data is undertaken by third parties licensed to do so by Football DataCo with those third parties then licensing on the data to betting and gaming operators. In other words, the clubs themselves and the Sport’s governing bodies are not controllers of that data in a data protection sense.

How are the claims likely to be structured?

The legal costs of pursuing proceedings will be substantial. It is assumed that the claims are likely to be backed by third party litigation funders looking for an investment return from any compensation awarded to the players. This has been hinted at in statements made by Mr Slade.

Press reports indicate that GSDT believe the claims by the players are worth tens of thousands of pounds individually and tens of millions of pounds collectively. We explore that below in more detail. However, the bottom line is that it does not necessarily follow that if liability is established then any compensation will approach those levels. Therefore, if the case is being funded by third parties, it might rest on shaky foundations and this is likely to be a key area of early focus for the defendants. If they can persuade the funders to withdraw then the cases are likely to collapse.

It is assumed that the players’ claims have either been individually assigned to GSDT or collective litigation will be launched by the players against the various defendants, most likely using a Group Litigation Order (GLO) mechanism. GLOs are opt-in, with individuals deciding to join in the action. There is no indication that this will be a representative claim, where one claimant represents all potentially affected players (which would run into tens of thousands of individuals). In any event, that would prove very difficult to launch given that every player would be unlikely to have the necessary degree of “same interest” in the outcome.

Who are the defendants?

It seems likely that if the claims are being brought against companies who are operating through schemes licensed by the FA Premier League, the Football League and the Scottish Premiership to collect and use the players’ data, then who conducts the defence of those claims will be determined by the contracts under which the data is licensed. This may lead to a consolidation of the grounds of defence rather than each of the defendants acting separately.

Where some of the defendants might be using unlicensed data then the position is different. Those defendants might feel more exposed to liability because they are not within an existing licensing scheme where use of the players data might be more readily expected by the players. Though claims are being brought against seventeen defendants, Project Red Card say they have identified about one hundred and fifty prospective defendants. It is feasible that some of those will be “unlicensed”.

Defendants would need to be caught by the provisions of the UK’s data protection laws. This is likely to be based on their “establishment” (or location) in the UK. It does not matter for these purposes that some of the players might not be UK citizens or located in the UK. Data protection laws benefit individuals regardless of such factors.

The merits of the claims

The claims are reported to be proceeding on the basis that the use of the player data by the betting and gaming defendants contravenes the UK General Data Protection Regulation and UK Data Protection Act 2018.

Claims are made that the data is being used without the players’ consent. In addition, it is claimed that the data is sometimes inaccurate and can be damaging to players in that respect. Compensation is sought for use of the data going back six years, which is the limitation period for bringing such claims.

Analysing the claims, these are likely to be the key considerations:

We would assume that the players will have ascertained what data is being used by the defendants by issuing them with Data Subject Access Requests (DSARs). That would seem to be an obvious precursor to bringing any claims, and a tactic likely to be used should other Sports be targeted. So this is something that perhaps those using data in Cricket, Rugby, Tennis and other Sports should keep a careful eye on as an indicator that similar claims could be on the horizon.

However, even if the defendants have a lawful basis to process the data, there are requirements to inform individuals about who is processing their data and for what purposes. This is called transparency. The strict position is that when an organisation receives the personal data it is required to inform the individuals concerned, usually by issuing them with a privacy notice. There are exceptions where the individual already has the necessary information, or it is impossible or involves disproportionate effort to let them know.

An example of a privacy notice issued by the Premier League to players and related persons is here. This privacy notice sets out that the Premier League will receive personal data from various organisations involved in the collection and licensing of player data and describes that data as “Tracking Data” consisting of data collected live at matches, eg positioning, distance run or passes made, and “Event Data” consisting of goals scored or fouls made. So, Premier League players will be aware of what data is collected about them.

However, they are not informed through these means about who specifically that data will be shared with in terms of betting and gaming operators. There is a reference in the privacy notice to sharing this data with third parties for commercial purposes, including using it in betting and gaming services, but it may be alleged by the claimants that this is too vague.

In addition, organisations that are processing personal data also have obligations to ensure that the data is accurate. The inaccuracy of some data is another cause for complaint by GSDT. However, that issue is really addressed via the ability of the players to have that data corrected under the right to rectification set out in Article 16 of UK GDPR.

The issue with all of these complaints is how they lead to any substantial compensation for the affected players. Any breaches of obligations in relation to transparency and accuracy of data are really addressed through regulatory enforcement via the Information Commissioner’s Office (ICO). It is suggested that inaccurate data might have led to actual loss to some of the players such as clubs not wishing to look at potential player transfers. However, that seems unlikely to relate to the activities of betting and gaming operators who are using the data in the course of providing their services.

It is in the area of lawful grounds to process data that compensation is a live issue if the players can demonstrate that their consent is needed to process their data. It seems unlikely that substantial compensation would be awarded for past use of their data. In the absence of any actual loss or distress as a result of the unlawful use of data, the players might say that the mere infringement of their rights, or “loss of control” over their data, should lead to some compensation or at least the ability to deprive the defendants of the profits that have been made by the use of their data in the past. Whether such claims can proceed is currently in issue in the Lloyd -v- Google case where a decision is due to be handed down by the UK Supreme Court on 10 November 2021. Even if those claims are valid, the compensation due to 850 players for use of their data in vast data sets consisting of other player’s data might be relatively modest. It seems difficult to think that a case could attract third party funding on this basis.

Therefore, we can see how the dynamic might play out that, in return for granting that consent, the players will require payment. Eight hundred and fifty players and former players might not have sufficient clout to push this through, but a successful claim might open the floodgates. Funders and others might therefore receive any share of the proceeds through this route. However, the spectre of some players (and / or their agents) negotiating over consent individually would be likely to represent a major problem for the ecosystem surrounding use of Sports related data in betting and gaming.

Who wins in the end?

There is also a sense in which the claims, if successful, will simply lead to a re-direction of the income from betting and gaming but with no net benefit to players. Yes, players might be paid directly for use of their data, but that might simply reduce the amount of money which finds its way back to the clubs who may consequently face pressure to reduce players’ wages or, more likely, image rights payments. Of course, some of that money is likely to go to the lawyers and funders supporting this claim and, in that sense, reduce the share of the pot that finds its way back into football.

We will be keeping a careful eye on these claims as the outcome may set a key precedent for a range of Sports, not only Football, especially for those Sports where data is an important part of the game and the ancillary betting and gaming industries that take place around them.

If you would like to speak with us about this case then contact: Ian De Freitas, Julian Pike, or Tom Rudkin.