As the deadline fast approaches for compliance with UK Sport and Sport England's Code for Sports Governance, national governing bodies are finding themselves in the headlines as they work to implement necessary governance reforms. This month we consider British Cycling's recent vote on changes to its constitution.

"During my career and since retiring, I have seen the many ways in which government funding is put to exceptionally good use. I would urge everyone with a vote to consider the implications that this withdrawal of funding would have on not just cycling, but our society as a whole."

So wrote Sir Chris Hoy in an impassioned letter to British Cycling's regional chairs urging them to do everything in their power to procure approval by British Cycling's members of proposed changes to the organisation's constitution, as required to bring it into compliance with the Code for Sports Governance (the Code). The pleas of the six-time Olympic champion seem to have been effective – on 22 July 2017 the reforms were voted through by 94% of British Cycling's members at an extraordinary general meeting held at The Park Royal in Warrington.

There had been widely publicised concerns that cycling's national governing body would fail to obtain the required 75% majority vote from its 136,000 members, following in the footsteps of Table Tennis England which lost access to £9 million in funding earlier this month. TTE fell short of the required majority by a painful margin of 0.07% and Sport England has stated that it can make no further investment in the sport until the required changes are made (a further general meeting has been called for 12th August).

British Cycling's members are represented at general meetings by national councillors elected by each region (the Council). The Council is mandated to vote in line with its regional members. It was reported from regional mandate meetings, held to consider the proposed reforms, that three out of ten English regions had rejected them. Crucially, the objecting regions represented a high enough proportion of votes to prevent the 75% threshold being met.

The dissenters were led by a pressure group lobbying against the reforms on the basis they would limit the influence of the members of British Cycling, taking power from the many and giving it to the few (i.e. the board). Those disciplines which do not feel represented on the board (including cycle speedway, cross country mountain bike and BMX) were reported to be particularly reluctant to give up their existing membership powers to a board seen to be dominated by track and road cycling.

The concerns centred on a few matters in particular:

British Cycling will not be the only NGB to face resistance from its members to these sorts of constitutional and structural changes. A fundamental tenet of the Code is establishing the board as the ultimate decision-making body. The flip side of this is the removal of powers from the Council, where there is one. Change is always difficult but it is surely particularly counter-intuitive for a body of members to vote to limit its own powers and influence.

British Cycling in fact addressed the first concern above by allowing its members to vote for an amendment to the reforms such that the ten English regions will together have the right to nominate a representative to the board. Where possible, the presentation to members of alternative options such as this in relation to particularly controversial points is a sensible one. Making that choice will help members feel more consulted and involved in the process, whilst a minor amendment to one provision could prevent wholesale rejection of the reforms. However, British Cycling's hands (along with those of so many other NGBs) are tied by the Governance Code in other respects, including the deadline for compliance of 31 October 2017.

A sigh of relief

It was no doubt with a large sigh of relief that the votes were counted last Saturday and British Cycling can be satisfied with their campaigning efforts which in the end won the vote convincingly. A Q&A with Julie Harrington, British Cycling's CEO, was published on its website, setting out the key details of and reasons for the reforms. Members were thus informed and reassured that British Cycling would "still be accountable to the membership" and the feature highlighted important powers retained by the Council, such as its control over British Cycling's Memorandum and Articles of Association.

In addition, members of British Cycling's board, including president Bob Howden and chairman Jonathan Browning, travelled to a series of regional meetings to explain the reforms to members. At the same time, clear warnings were given of the stark consequences of not approving them – namely the removal of £43 million of funding and, to paraphrase Howden, the loss of cycling "to an entire generation". (Though the British Cycling president did not go as far as the FA's chairman, Greg Clarke, who threatened to quit if the FA's Council did not approve its governance reforms – the changes were unanimously approved in April.)

The concerted efforts of British Cycling ultimately paid off and other NGBs, particularly those with Councils, must surely look to this as a cautionary yet ultimately positive example of the importance of engaging and consulting with members at all stages of the reform process.

Julie Harrington called the vote "the start of an exciting new chapter". Certainly British Cycling will be happy to turn the page on the uncertainty of the run up to the EGM. However, its Independent Review published in June (more on which at a later date) suggests there is still a way to go in rebuilding confidence in the cycling governing body's governance and culture. Notwithstanding the successful outcome in relation to the latest reforms, the resistance faced suggests that it may not be all plain sailing (or should we say riding) from here on in.

What is clear is that the Code has moved out of the realms of theory and is growing some teeth. How sharp those teeth could prove to be is unclear, however. British Cycling's successful vote last Saturday leaves Table Tennis England as still the only governing body to have felt the force of the Code. Other NGBs will be treading carefully and hoping it stays that way as we enter the final three months before the deadline for Code compliance.

If you require further information on anything covered in this briefing please contact Emily Jamieson or your usual contact at the firm on 020 3375 7000. Further information can also be found on the Sports Governance page on our website. 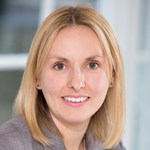