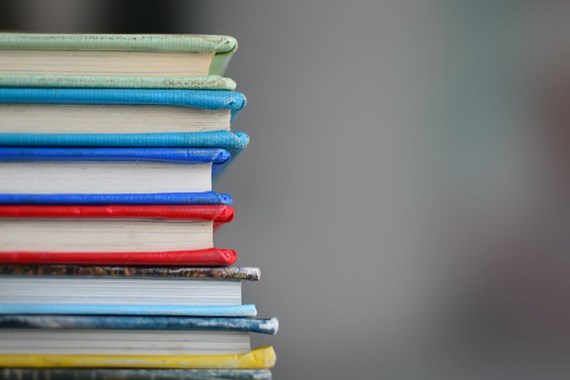 Please note this content was originally published in the Spring 2022 edition of the Independent Schools’ Bursars Association (ISBA) termly magazine, “The Bursar’s Review”, and is reproduced with the kind permission of ISBA.

In common with many other sectors and organisations, senior staff in schools are frequently involved in investigating issues either because of staff or pupil misconduct. Investigations may be triggered by a relatively minor transgression of the code of conduct or a more serious matter, but whatever the scenario, all school investigations should be handled with care.

Where mistakes are made in an investigation, an escalation of error can occur whereby the mistakes made earlier can come continually back to cause issues in later processes such as disciplinary processes or an exclusion for example and may generally make the process unfair and subject to legal challenge. Therefore, getting an investigation right from the start is important and there are some easy steps to take to ensure this happens.

Naturally, schools will be following their policies and procedures as well as guidance from the likes of ACAS, the EHRC or KCSIE and local safeguarding procedures where applicable to a staff or pupil issue. However, in nearly all cases, an investigation involves the following:

Within this framework, there are some fundamental points to remember to get the investigation on to the right footing and avoid the pitfalls:

Firstly, carefully assess the information that has come in. What has happened (if anything) and who is involved (known or unknown parties)? Be very clear about whether it is it potentially criminal or a safeguarding case before you embark on a school investigation and get advice if you are unsure because in these situations a third party agency would become involved in the matter. What breaches of the policy or misconduct have been identified and how was it identified or reported?

Thirdly, prepare an investigation plan to define the parameters of the investigation, the resources needed, the suggested methodology for the investigator, timeframe and identify any risk areas as well as the support needs of everyone involved. In a complex and large-scale investigation perhaps involving lots of witnesses, keep the plan under regular review and update it.

Fourthly, keep records. Investigators should not simply record actions taken but also record thought processes and actions that might have been taken but were not giving reasons for this. This will help evaluate the decision-making process and can be helpful to have later as part of the paper trail into how the matter was handled.

Finally, use available resources from organisations such as ACAS to help draft the investigation report.

Inevitably in most investigations, witness evidence forms the most crucial part of the fact-finding process although relevant digital evidence can also be critically important. Good interviewers will know that in many types of case, particularly where child witnesses are involved, recall may not be linear, there may be gaps in memory and accounts can change over time. This does not mean that a witness lacks credibility and it’s the job of the investigator to get a fulsome and accurate account of what happened. This can be done by having a properly structured interview that is planned for in advance factoring in the needs of the witness together with carefully structured questioning.

The use of open questions is always recommended. A simple model that schools can use is “TED”: Tell, Explain, Describe. Questions that being with these words are called “open questions” and research shows that this style of questioning is designed to tap recall memory which is the most reliable when giving evidence. This style of questioning should provide the most comprehensive answers with fewer errors.

Investigators should be careful because child witnesses are susceptible to suggestibility which can occur through inappropriate questioning and have a “yes bias” when responding to questions. Therefore forced-choice questions (ie those where a witness is asked to give a yes or no answer) should be avoided or, at the very least, the available answers should be “yes”, “no” or “something else”.

Children are used to the adults around them being experts and knowing the answers so prefacing an interview with ground rules is recommended:

Everyone should be able to give their best evidence during investigations with the minimum of distress.

Dealing with requests for confidentiality and anonymity

Its increasingly common in schools to have to deal with a request for anonymity or confidentiality. What do these concepts mean?

All school investigations should be treated as confidential processes (subject to any legal or regulatory obligations to report issues which particularly arise in the school context and the framework in relation to safeguarding and child protection or indeed where the case may warrant a report to a statutory agency if there are immediate risks to anyone’s safety and welfare) and this is especially important when dealing with allegations of harassment or sexual misconduct in a school where you must have regard to KCSIE. Confidentiality, in short, means that the identity and facts of the allegation and investigation will be kept to a “need to know basis”.

Anonymity means that the identity of the complainant and / or supporting witnesses are not revealed to those participating in the process (including the accused). This is much trickier and can have implications for the fairness of the process.

“only in exceptional circumstances where a witness has a genuine fear of reprisals should an investigator agree that a witness statement be anonymised.”

It is important to flag that, under the Sexual Offences Act 2003, where allegations have been made that a sexual offence has been committed, in the vast majority of cases, the person said to be the victim has by law lifetime anonymity as regards any public report of that allegation – this is automatic and unconditional and takes effect even if the police have not been told about it.

Steps to take include:

All schools as employers have a duty to conduct an investigation fairly from the perspective of all parties concerned. It is important that the accused is given the full details of the complaint made against them as it will be difficult for them to fully respond without knowing who has accused them and what they are accused of.

So, at an early stage you need to:

If a complainant is reluctant to be named:

(See also page 71 of the EHRC guidance technical guidance on harassment (see here) on Confidentiality during an investigation).

If you require further information about anything covered in this briefing, please contact Maria Strauss or your usual contact at the firm on +44 (0)20 3375 7000.