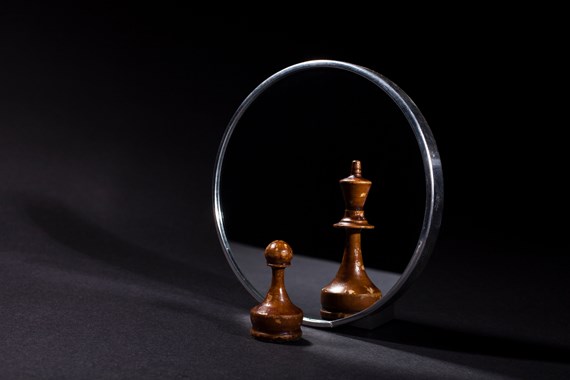 A dining experience quiz show (Dining Quiz Show) which borrowed characters and features from the iconic Only Fools and Horses (Only Fools) TV programme was found to have infringed copyright in the IPEC last month. Additionally, the claimant’s claim for passing off also succeeded; and the court provided welcome guidance on certain types of “fair dealing” exception.

The Dining Quiz Show, named “Only Fools The (cushty) Dining Experience”, created a theatrical experience for its audience by providing an interactive three-course meal while actors modelled themselves on the characters of Only Fools (notably, Del Boy and Rodney). The actors captured the appearance, behaviour, voice, and stock phrases of the Only Fools characters.

The defendants are the developers of the Dining Quiz Show. The claimant is Shazam Productions Limited (Shazam) who own the rights in the Only Fools TV scripts.

Shazam sued the Dining Quiz Show developers for copyright infringement and passing off.

Shazam claimed that copyright subsists in:

The scripts were individually held to be dramatic works, which are protected under UK copyright law. It was held that there is no over-arching copyright protection in the scripts taken as a whole. Copyright was also deemed to subsist in the theme song and lyrics.

Most interestingly, the Judge (John Kimbell Q.C., sitting as a Deputy High Court Judge) held that copyright subsisted in the character of Del Boy. This is the first time in the UK that copyright has been found to subsist in a character itself, independent of the underlying work.

It was held that the character was the author’s own intellectual creation and therefore original (in accordance with the underlying EU law test). The Judge explored how Del Boy was a “fully rounded character” – not simply a “stock character or cliché”. Del Boy’s incorrect use of French, his relationship with Rodney and his dodgy business deals all contributed towards Del Boy’s distinctive character. On this basis, the Judge held that Del Boy was protected as a literary work, as these features were “precisely and objectively discernible in the scripts” by way of dialogue and written descriptions.

The Judge highlighted how various elements of the scripts had been copied, with phrases such as “Oh shut up you tart!” being illustrative of such infringement. The Judge paid particular attention to the German Pippi Longstocking’s case, where it was held that copyright subsisted in Pippi’s character.

The Judge rejected the defendants’ argument that the acts of infringement were fair dealing for the purposes of parody or pastiche. This is the first time these exceptions have been given consideration together in a reported case in England and Wales.

In order to qualify for the fair dealing exception of parody, a defendant must show that it is evoking an existing work while being different to it and the intention must be to express humour or mock the work, or engage with it critically (this is a principle taken from the Deckmyn case in the CJEU). The Judge held that the show essentially lifted “characters, language, jokes and backstories” wholesale into a dining experience, clarifying that the Dining Quiz Show essentially reproduced Only Fools, instead of parodying it.

The defence of pastiche, which has not been explored in detail in any previous reported copyright judgments, also failed as there was no element of imitation. Only Fools had essentially just been re-formatted against the backdrop of a three-course meal.

Shazam also succeeded in its passing off claim, which did not receive much attention from the Judge. The Judge briefly explored how Shazam owned the goodwill in relation to the title of Only Fools and its leading characters. In addition, the Dining Quiz Show was not removed enough from Only Fools itself to make it obvious that the two were not linked. The name itself was liable to confuse and mislead – therefore the misrepresentation limb of the tortious claim was satisfied. Finally, damage ensued for the claimant as the audience of the Dining Quiz Show would have paid to attend it. The audience may have paid to attend the Dining Quiz Show instead of the musical rendition of Only Fools which Shazam had launched at a similar time.

Not every legal commentator has agreed with the view of the judge in this case, who has a general commercial rather than specialist copyright background. Nevertheless the case has raised some interesting points of precedent which will be of relevance to rights holders, publishers and private businesses. In particular:

If you require further information about anything covered in this blog, please contact Owen O'Rorke or your usual contact at the firm on +44 (0)20 3375 7000.