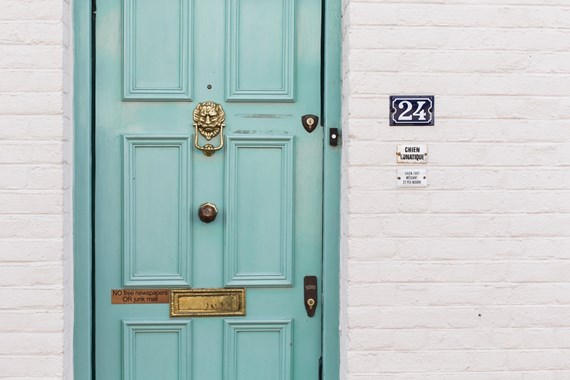 There has been much recent media attention on a County Court judgment in which it was held that an individual’s use of various security surveillance systems breached data protection laws and amounted to harassment of a neighbour. As ever, there is more to the matter beyond the headlines. The case of Fairhurst v Woodard very much turned on its own facts, but it does highlight some important points to consider when taking steps to protect your property whilst at the same time respecting neighbours’ rights.

The Claimant, Dr Fairhurst, and the Defendant, Mr Woodard, were neighbours and, up until the events that brought them to court, had an amicable neighbourly relationship. They owned separate properties on Cromwell Avenue in Oxfordshire that each backed onto a shared car park, which was accessed by a driveway adjacent to Dr Fairhurst’s property. At various points, Mr Woodard had installed four different security devices:

Dr Fairhurst sued Mr Woodard, claiming that Mr Woodard had “consistently failed to be open and honest” about his use of the cameras, had “unnecessarily and unjustifiably invaded [Dr Fairhurst’s] privacy” and had “intimidated her” when challenged about their use. Dr Fairhurst argued that Mr Woodard’s behaviour and the presence and use of the four surveillance systems amounted to:

The judgment sets out at length the background of the dispute, specifications of the surveillance systems, chronology of events and an analysis of the evidence. Here we summarise the main conclusions on the claims and their practical consequences.

The issues between the parties were as follows:

The UK GDPR makes clear that it is not concerned with "domestic processing" (ie the collection, storage or other use of personal data in the course of purely personal or household activities). The ICO's guidance specifically states that the use of CCTV to capture images within the boundaries of your own property falls outside the remit of data protection law.

The Court determined that Mr Woodard did collect video and audio data of individuals (including Dr Fairhurst) who were outside the boundaries of his home (which was remotely accessible via his mobile phone), meaning the provisions of the DPA and GDPR were engaged. Therefore, it was for Mr Woodard to provide a lawful basis for collecting, storing and using the personal data via the surveillance equipment. He claimed that the processing of personal data was necessary for the legitimate interest of the prevention of crime and that this outweighed Dr Fairhurst's own rights and freedoms (specifically, her privacy rights).

The court acknowledged the right for an individual to install security systems designed to protect their own property. However, for the most part, Mr Woodard went far beyond what was necessary and proportionate in the circumstances.

The Court held that the video data collected by the Driveway Camera was excessive, as it also captured images of Dr Fairhurst's property, including her side gate, garden and her car parking spaces as well as other users who accessed the car park via the driveway. Mr Woodard could have protected his property “in a lesser way that [did] not sacrifice the privacy of the Claimant and the other users of the driveway”, for example by a camera that merely had a close focus on his cars.

The Court also found the audio personal data that the Defendant collected by way of the various cameras was unlawful and that the legitimate aim of preventing crime could have been achieved through "something less" (the Court noted, for example, that the distance of reliable capture of audio from the Ring doorbell was 53 feet, which was well beyond the video capture). In contrast, the Ring doorbell's incidental capture of video footage of Dr Fairhurst passing by on the street was found to be consistent with Mr Woodard's legitimate interests and not overridden by Dr Fairhurst's rights.

In addition, Mr Woodard was found to have actively misled Dr Fairhurst about how and whether the cameras operated and what they captured, and was therefore in breach of the obligation to process personal data transparently.

Dr Fairhurst's harassment claim succeeded on the basis that Mr Woodard, on several occasions, engaged in conduct that caused her alarm and distress. The Court found that he had made threats and lied on several occasions about notifying the police that Dr Fairhurst was an unknown suspicious person, which she perceived as intimidation. The Court held that “the reasonable person would consider that to go from [harmonious behaviour] to the level of belligerence, dishonesty, threats and oppressive behaviours exhibited by the Defendant over, initially, the course of a few days was unusual and alarming behaviour amounting to harassment”.

The Court dismissed Dr Fairhurst's claim in nuisance on the basis that in a previous case[1] the Court of Appeal had held that merely overlooking one property from another is not capable of giving rise to a cause of action in private nuisance.

It is worth noting that this is only a County Court judgment, and therefore, despite it being heralded as a “landmark” ruling, does not set any particular precedent. Rather, it illustrates the law previously in place and how that works in practice, serving as a useful reminder about data protection laws to businesses and individuals who use increasingly modern and sophisticated security systems.

As noted above, this case turned on its own facts and should not be taken as precedent that everyone who owns and uses a video doorbell or CCTV camera will be in violation of the law. Mr Woodard's conduct and dishonesty were also clearly very important factors in the Court reaching the conclusions it did. However, as the ICO guidance makes clear, those who do use such systems should consider following questions:

If you require further information about anything covered in this briefing, please contact Oliver Lock or your usual contact at the firm on +44 (0)20 3375 7000.