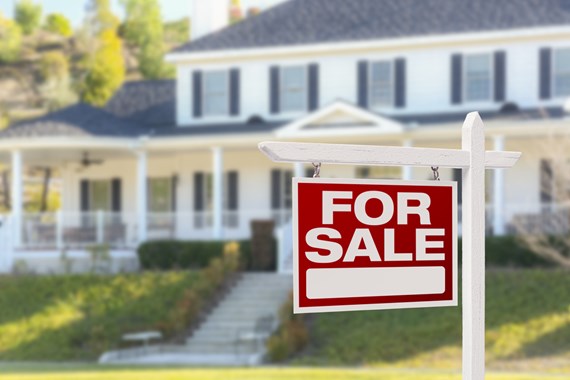 "Roads are made, streets are made, railway services are improved, electric light turns night into day, electric trams glide swiftly to and fro, water is brought from reservoirs a hundred miles off in the mountains—and all while the landlord sits still. Every one of those improvements is effected by the labour and at the cost of other people. Many of the most important are effected at the cost of the municipality and of the ratepayers. To not one of those improvements does the land monopolist…contribute, and yet by every one of them the value of his land is sensibly enhanced." (Land and Income Taxes in the Budget, Liberalism and the Social Problem, Winston Churchill, 17 July 1909)

The quote above could easily have been taken this year. Parliament is again grappling with the issue of how best to pay for infrastructure works necessary to promote development and, more generally, how to ensure that the public purse benefits from decisions which increase property values (Land Value Capture). It is a question that the Housing, Communities and Local Government Committee of the House of Commons (the Committee) considered in its Examination and Tenth Report of Session 2017-19 on the topic of Land Value Capture (the Report) published on 13 September 2018.

According to some estimates, landowners currently retain on average 75% of the uplift in land values arising from the granting of planning permission. That said, according to the Minister for Housing, in 2016/2017 developers/landowners involved in residential development contributed approximately £6 billion to their local communities for infrastructure and affordable housing. That £6 billion was ultimately paid for by landowners accepting a reduced price and/or developers accepting a reduced profit for the relevant land. Put crudely, that £6 billion was the value captured for the public.

In considering how to increase the £6 billion figure the Committee gave thought to existing methods of Land Value Capture, how to improve those methods and potential for new methods to be introduced. A key output of that consideration was that compulsory purchase of land by local authorities should be made easier (in terms of process) and cheaper (in terms of cost of land) – at the expense of landowners.

Recommendations of the Committee

The Committee made numerous recommendations, but the most controversial relate to reform of compulsory purchase:

In reaching their conclusions, the Committee considered two broad approaches:

The UK’s first Garden City of Letchworth relied on land being purchased at below market value at the start of the last century. However, the Committee was persuaded that this model (and that of the post-war New Town Development Corporations) could not be repeated because of current legislation and compulsory purchase compensation rules which create ‘hope value’ in land (an increase in the value of land to account for potential planning permissions).

Capturing increases in value after ‘development events’ was also considered. From the 1940s onwards various development taxes have been tried. Most were introduced by Labour governments and repealed by Conservative ones, which led the Committee to conclude that any new general levy must have cross party support and consensus
to survive.

Given that lesson, the Committee also considered how best to improve existing methods of capturing development values by way of Section 106 agreements and the Community
Infrastructure Levy (CIL).

The Committee highlighted flaws and the need for reform in the Section 106 Agreement system but also praised it for being responsive to local needs and recommended that it should be part of a future mix of Land Value Capture methods.

As for CIL, whilst it was noted that it does effectively raise revenue from development, CIL’s weakness is that as an overall system it is not applied uniformly across the country because some local authorities consider that its introduction is not financially viable. For those areas that have introduced CIL it was noted that CIL itself has been undermined by
various exemptions and reliefs.

In addition to Section 106 agreements and CIL the Committee considered changes to CPO legislation and ‘hope value’. The 1961 Act operates to ensure that compensation reflects the market value of land (assuming a willing buyer and seller). Part of that value relates to potential planning permission. Incorporating this prospect gives the market value an uplift commonly referred to as ‘hope value’. Removing hope value and simplifying the compulsory purchase process were both recommended by the Committee. It was suggested that this would prevent land hoarding and allow local authorities to buy land at its existing use value with no benefit of planning permission taken into account.

Responses to the Committee’s Recommendations

Many voices were raised against changes to CPO valuation as proposed (and there are human rights as well as technical arguments against it) but there are also important voices in support.

The charity Shelter considers that the current operation of CPO compensation law has a distorting effect on land prices in general. Their premise is that landowners are holding out for compensation and not releasing land at a ‘fair’ price. Accordingly, they argue that this has a distorting effect on the entire land market. In the long-term, Shelter would like to see systematic changes to the land market to bring land into development at lower values. To achieve this the “primary technical change” needed is to alter the 1961 Act and remove hope value. Shelter consider that amending the 1961 Act would allow us to “unleash a new model of development across England. One where the possibility of affordable housing, community infrastructure and quality are not stripped out up front due to high land values”.

Having acted for promoters of, and parties affected by, compulsory purchase it is definitely not our impression that people hold out for excessive compensation. Any reform that offers compensation below market value will just encourage more vigorous resistance to compulsory purchase proposals. Shelter looks to the historic examples of Bourneville and New Lanark or the more recent Garden Cities of Letchworth and Welwyn through to the post-war New Towns like Milton Keynes, as successful examples of Land Value Capture in action. Those examples were brought forward in a vastly different legal, social and political environment than exists today.

Of the two main parties Labour look more likely to propose wide ranging reforms to compulsory purchase. The Labour Party launched a Planning Commission on 23 September 2018 to conduct a root and branch rethink of the planning system. Labour’s Commission, amongst other issues, will examine the role of infrastructure and its provision for new development and report back in 2019.

The government published its response to the Committee on 29 November. In relation to compulsory purchase the government appears to have rejected any fundamental changes for the moment, instead committing to: “Let these recent reforms [in the Housing and Planning Act 2016 and Neighbourhood Planning Act 2017] bed in but…continue to monitor their practical application and remain open to considering practical improvements to the framework."

In relation to hope value the government emphasised that benefits as a direct result of public schemes are not taken account of: “Compensation includes ‘hope value’ (ie value based on the land’s development potential) only insofar as it can be demonstrated to exist in that no-scheme world. The extent of this hope value will reflect the prospects of obtaining planning permission for an alternative development in the absence of the scheme, taking into account the risks, uncertainties and costs associated with implementing such a  development. This includes the costs of providing the affordable housing, infrastructure and supporting facilities required to make the development acceptable in planning terms, as well as any Community Infrastructure Levy liability."

It is doubtful that the government’s response will silence calls for reform of compulsory purchase and the elimination of hope value. Whilst politicians may currently have their hands full elsewhere, Land Value Capture remains a pressing political issue which is likely to move up the agenda in the coming years. The next milestone to keep an eye on is the government’s response, expected in February 2019, to Sir Oliver Letwin’s Independent Review of Build Out. The review has set out recommendations to increase the market absorption rate of new homes including, effectively, using the threat of compulsory purchase to encourage build-out.

The debate on Land Value Capture is one in which landowners need to make their voices heard to shape the agenda and ensure that reform is genuinely ‘fair’. In considering the challenge facing landowners it is worth taking note that even Conservatives are proposing reform. In an echo of Churchill’s quote from the start of this article, Nick Boles MP recently noted that: “We need to give ourselves the power to acquire land at a price that is fair to the community as well as to the landowner. Why should landowners benefit from the fluke that gives them planning permission to build on their land when none of their neighbours receives it? Why should the taxpayer bear the cost of the infrastructure–the roads, the sewerage and the schools–that makes land developable in the first place? We need to revert to the situation that led to Milton Keynes and the other new towns, where we were able to acquire the land at a reasonable price, a small multiple of its agricultural land value, and then use the uplift in that land value to fund the infrastructure that the community needs."
(Nick Boles MP, House of Commons Debate on ‘Housing, Planning and Green Belt’, February 2018).

If you require further information about anything covered in this briefing note, please contact Anthony McNamee, or your usual contact at the firm on +44 (0)20 3375 7000.