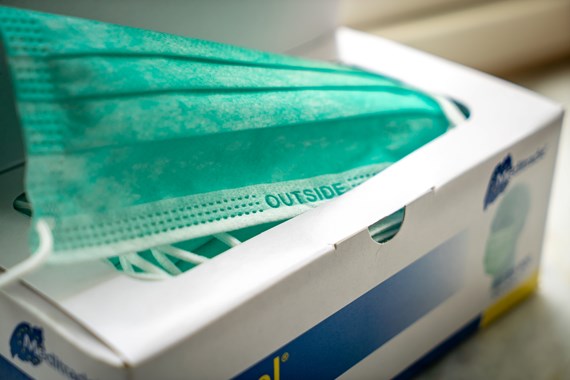 Although the restrictions in England and Wales have now largely ended, the courts are busy unpicking the numerous contractual issues that arose during, and as a consequence of, the pandemic. One such case is the recent High Court decision of Pharmapac v HBS Healthcare[1]. This decision provides a helpful reminder of when delivery will amount to a condition of a contract and the circumstances in which an innocent party will be held to affirm a contract. It also offers useful insight into the court’s approach when interpreting vague contractual obligations.

In this case, Pharmapac (the Claimant) agreed to purchase five million facemasks from HBS Healthcare (the Defendant) to be delivered in tranches of 500,000 per week over the course of 10 weeks. This contract was finalised in an informal email between the parties following an earlier oral agreement. The email stipulated that delivery of the first batch of facemasks was due on a specified date, but only commented that the further tranches were due in nine further "weekly" shipments. It did not specify exact delivery dates, the number of masks to be included in each shipment or whether the time of delivery was a condition of the contract.

Unfortunately for the Claimant, only the first tranche of facemasks was delivered, as the remaining facemasks were stuck in India (where the facemasks were manufactured) following the Indian government’s export ban on PPE. The Claimant argued that “time was of the essence” meaning delivery was a condition of the contract. Breach of a condition is a repudiatory breach of contract, meaning – if the Claimant was correct in its assertion – it would be entitled terminate the contract for late delivery without compensation and withhold further payment. Naturally, the Defendant argued that time was not of the essence as it was neither explicitly confirmed in the contract nor was it something that could be guaranteed by the Defendant given the inherent risk when importing goods from abroad. Alternatively, it argued that if time of delivery was of the essence, the Claimant had affirmed the contract and waived any breach since it appeared willing to wait for the remaining shipments.

Time of the essence

As a starting point, it is important to remember that there is no presumption in law that the time for delivery will automatically be a condition of a commercial contract (in fact, in most instances, timing of delivery will not amount to a condition). It is ultimately a matter of construction. Unless a contract explicitly references whether delivery on a specific date is a condition or a warranty, the clause in question must be construed against the relevant background factual matrix and the words of the contract as a whole.

Although the email was vague on this point, the judge ultimately concluded that time of delivery was of the essence. He noted that the parties knew they were entering into a contract during a pandemic, that the tranches were to be delivered “weekly” in short delivery intervals, that demand was high at the point of contract, and that the wider supply market was incredibly volatile. Against this background, the judge concluded that the point of the contract “was not just to get the masks as soon as possible, but to be able to cancel the contract if they had not arrived in time”. As such, the Claimant was entitled to terminate the contract.

As a matter of law, an innocent party is entitled to a reasonable time from the last breach to consider its position before accepting a repudiatory breach. Affirmation (electing to continue to perform the contract despite the breach) will often occur if the innocent party knows of the breach and of its right to terminate and acts in a manner consistent with treating the contract as continuing.

Here, the Defendant argued that the Claimant unreasonably delayed accepting the repudiatory breach. It claimed that during the three-month period between the delivery of the first tranche and the eventual termination of the contract, the Claimant had implicitly affirmed the contract by repeatedly chasing for delivery of the remaining facemasks, despite knowing of the repudiatory breach and its corresponding right to terminate the contract.

However, the judge once again dismissed this argument. Importantly, the Defendant gave multiple reassurances during this period that the facemasks would arrive shortly, and that the Indian government’s export ban would soon be lifted. Given this important context, the judge commented that the Claimant was entitled maintain the contract in reliance of these repeated reassurances whilst it considered its position. As such, he concluded that the Claimant did not take too long to accept the repudiatory breach, and therefore did not affirm the contract.

Firstly (and most obviously), this decision highlights the importance of careful contractual drafting. Where possible, contractual arrangements should be formalised in detailed written contracts specifying deadlines, performance obligations and the consequences of non-performance. If timing is particularly important, an explicit statement confirming that time is of the essence should be included.

Secondly, when deciding whether to accept a repudiatory breach of contract, an innocent party should expressly reserve its position whilst considering its options to avoid any uncertainty. Although this will go some way to proving that a contract was not affirmed, it is important that only a reasonable period of time is taken, otherwise courts may infer affirmation as a result of inaction.

If you require further information about anything covered in this briefing, please contact Jane Randell, or your usual contact at the firm on +44 (0)20 3375 7000.