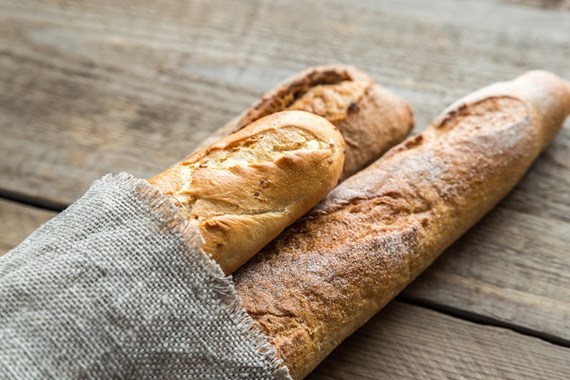 It was not possible to be anything other than greatly moved by the tragic and utterly needless, wasteful death of Natasha Ednan-Laperouse, the 16-year-old who died as a result of an allergic reaction to eating a Pret A Manger artichoke, olive and tapenade baguette, purchased at Heathrow before boarding a flight to Nice, and which did not carry an ingredients’ notice on its packaging.

Natasha died on 17 July 2016. The inquest into her death took place only last month, more than two years later. It’s difficult to imagine Natasha’s parents’ existence in the intervening period as they waited for their child’s inquest to be heard.

At the heart of the issue before the coroner was the UK’s legislation which provides that where food is prepared on site, it is not a requirement for the retailer to list out its ingredients on the item’s packaging. The requirement to properly label food ingredients on packaging only applies to food produced other than on the premises of the outlet. Where food items are made in-store it is sufficient for general allergen warnings to be displayed in the shop and for specific advice to be given by staff when asked. The purpose of the legislation was not to burden local cafes and the like which are not part of a chain with undue labelling requirements. Of course, Pret prides itself on its food being freshly prepared daily in-store.

The Acting Senior Coroner, Dr Sean Cummings, found as a matter of fact that Natasha died of anaphylaxis after eating the baguette which contained sesame, to which she was allergic. He went on to observe:

A cynic might think it was almost a device to get round regulation relating to information on food allergens.”

One of Pret’s “company-wide” core values is its commitment to ‘Doing the Right Thing’. For example, it makes this core value central to its tax strategy. As core values go, whether in relation to tax or other corporate actions, no possible fault could be found with such a clear, firm principle which commits an organisation to acting ethically, transparently and to following principles of good governance.

“I want to say again how deeply sorry we are for the loss of Natasha. I said we would learn from this tragedy and ensure meaningful change.

“Pret will start trialling full ingredient labelling, including allergens, on product packaging from next month. This will be rolled out to all UK shops as quickly as possible.

“We will also work with others including the government, charity groups and our peers to help make legal changes to better protect people with allergies.

“Nothing is more important to Pret right now.”

There’s been some media commentary questioning why it would take a month to implement the required labelling changes. That is a somewhat naïve criticism given that it inevitably takes time to implement change. More importantly, what has largely gone by without comment, save from Natasha’s parents, is the that fact Pret did not introduce package labelling during the two years since Natasha died. What it did do was improve its in-store labelling on shelves and display more notices telling customers to seek advice from store managers.

While Natasha’s father, Nadim, is reported to have accused Pret and the government of playing “Russian roulette” with his daughter’s life, one news website has also reported that the company’s complaint log between 17 July 2015 and 29 June 2016 (just short of three weeks before Natasha’s death) recorded nine other sesame-related allergy incidents.

The delay until after the inquest for Pret to announce a change in its package labelling policy is potentially explainable on the basis that Pret may have been advised not to make further changes until after the inquest hearing concluded, mindful perhaps that such changes could be interpreted as an admission and/or being advised that it was better to wait and see how events unfolded. Understandably, it can be difficult at times for clients to adopt a position in the face of advice, legal or otherwise. Alternatively, it took a view to balance improved in-store notices as against the wider and probably more costly change of improving its package labelling.

However, what is perfectly clear on the legislation is that Pret changing its package labelling policy in the immediate aftermath of Natasha’s death could not have been understood to be any form of admission of legal liability given the company plainly acted within the law. It can be said the law was wrong, but not Pret’s adherence to it.

Failing to Do the Right Thing

“Doing the Right Thing” in the aftermath of Natasha’s death clearly called for the company to voluntarily change its package labelling policy two years ago, rather than making the change now when it is equally not legally obliged to do so. It is important to bear in mind that during the last two years the risk of further similar incidents must have been plain and obvious, even if in-store notices were used throughout its stores. Indeed, it has now been reported that another customer, Celia Marsh, had a fatal allergic reaction to yoghurt in a Pret flatbread in December 2017. While the facts surrounding Celia’s death were somewhat different, the case highlights the risk of similar incidents arising.

Values such as “Doing the Right Thing” are important ones for companies to hold. As fine an espoused value as it may be, the true values of a company are really demonstrated in its actions. Unquestionably, the moral and ethical step would have been to change its packaging labelling policy two years ago and not wait for the Coroner’s Court’s findings. It would appear Pret has not exactly lived up to its company-wide value on this occasion.

What has been the harm to Pret’s brand? There has been no swell of criticism of Pret for not changing its policy earlier. Admittedly entirely un-representative, on my visits to my nearest Pret for lunch last week, there was no discernible reduction in foot-fall. A typical Pret customer, not suffering from acute allergens, me included, may well regard Natasha’s case of no direct concern to them, however distressing it may be to learn of, and may therefore carry on their purchasing habits as before.

Yet, the publicity given to the inquest into Natasha’s death has put Pret in the uncomfortable spotlight. It has led to coverage of the previously little-reported adverse Advertising Standards Authority (ASA) ruling from April this year when the ASA found Pret to have breached advertising standards in claiming some of its bread products were ‘natural’ when they contained E numbers; the revelation of Celia’s death in December 2017 and the deeply inappropriate and unsavoury public blame passing between Pret and the alleged relevant supplier; questions being asked about the impact its ownership has had on the business’s approach to handling these issues(Pret was sold by the private equity firm, Bridgepoint, to JAB for £1.5bn in 2017); and, as reportedly admitted to The Sunday Times, if he had his time again, Mr Schlee would have “found some way of working with [Natasha’s] family earlier”. This last consequence is a frank admission, but one which once again demonstrates the reality gap between the company’s espoused values and those that it lives.

The unfolding negativity around the brand has followed the usual course: publicity breeds publicity following the London buses syndrome. Whether there are more Pret customers who have fallen serious victim of poor labelling and allergic reactions remains to be seen. As the caravan moves on, there may well be little or no lasting harm to Pret’s reputation. However, led by the sad case of Natasha’s, each of the examples mentioned above breaks the unwritten agreement between the retailer and its customers about the former’s commitment to the primacy of the latter’s interests and safety.

If there is no long-term damage to its name, that strikes me as fortunate, but it may also indicate a resilience to its brand, with the public’s focus inevitably being on the company’s response to the inquest rather than on what it omitted to do earlier. That is not to say its present challenges will not impact on its relationships with its staff, suppliers and other stakeholders.

Pret may be expected to happily ride out the present storm. Another time, another company may not find itself so fortunate.

If you require further information on anything covered in this briefing please contact Julian Pike, or your usual contact at the firm on 020 3375 7000.