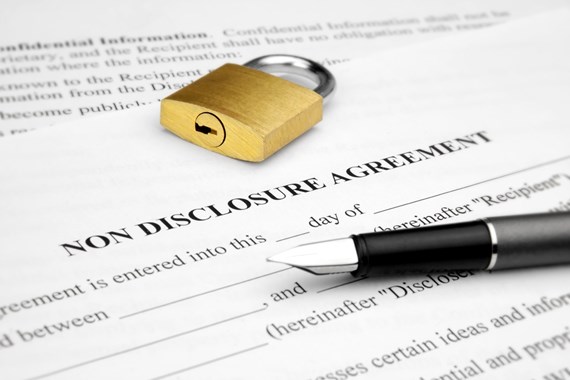 Non-disclosure agreements (NDAs) have come under the spotlight in the wake of their use by Harvey Weinstein and the President’s Club, as well as the parliamentary breach of an injunction preventing the Telegraph from exposing NDAs between Sir Philip Green and five employees. We recently wrote about the latter here. Whereas previously, confidential settlements were not uncommon in disputes about misconduct, employers and individuals accused may now be wondering if there is any place for such agreements at all.

Conversely, individuals who have suffered harassment may have serious concerns about settling their grievances on confidential terms after reading about the experiences of women like Zelda Perkins, who was not even allowed to keep a copy of the agreement she signed. In this article, we consider what role, if any, NDAs have to play in settling disputes involving sexual harassment and misconduct, and whether they can help to safeguard the privacy and reputation of employers, the accused and victims alike. We also discuss some myths about enforceability and take a look at the risks involved.

After it was revealed that more than 70 women had accused Harvey Weinstein of sexual assault or harassment, the fact that some of these women had been silenced by draconian NDAs has led to concerns over whether these agreements still have a place in settling such disputes. For example, Zelda Perkins told the Select Committee Inquiry on Sexual Harassment in the Workplace that the terms of her NDA with Weinstein included not being able to disclose allegations of sexual assault even to medical practioners, unless these individuals entered into their own confidentiality agreements with Miramax first. The NDA also required Perkins to inform Weinstein’s lawyers before speaking to the police and when doing so, to “use all reasonable endeavours to limit the scope of the disclosure as far as possible”. Ms Perkins received advice from a relatively junior lawyer and was not allowed to keep a copy of the agreement. She was left with the mistaken impression that she could not speak of the allegations to anyone without Weinstein and Miramax’s prior consent.

While the terms imposed on Ms Perkins by this NDA have been unanimously condemned, it is well-known that NDAs are a commonplace means of settling disputes that involve potentially damaging allegations, both in and out of the workplace. These settlements do not always concern allegations of sexual or criminal misconduct, but where they do, it is worth remembering that not all victims are against them. For those at the receiving end of misconduct, options include criminal or civil proceedings, or in the case of employment, a workplace investigation or tribunal claim. For obvious reasons (many of which speak to serious problems with access to justice), a confidential settlement may be more attractive. As noted by the Women and Equalities Committee:

“there may be times when a victim makes the judgement that signing an NDA is genuinely in their own best interests, perhaps because it provides a route to resolution that they feel would entail less trauma than going to court, or because they value the guarantee of privacy”.

For employers and/or individuals accused of wrongdoing a confidential settlement may be a more attractive option than proving one’s innocence in court, with the inevitable media and public scrutiny involved. This is particularly true for high-profile individuals, where the allegations will attract a heightened level of interest. In Cliff Richard’s recent case against the BBC, he told the Court how he felt his life’s work was torn apart, and that he was forever tainted after being wrongfully accused of sexual offences. This is not to say that Sir Cliff would have wanted to sign an NDA to silence the allegations against him (in relation to which no charges were ever brought), but it does help to explain why some individuals wrongly accused may prefer this option.

It is also worth considering the role of NDAs in protecting the reputation of organisations in which a single incident has occurred. There is a difference between evidence of a systemic problem and the singular misconduct of one individual whose bad behaviour is swiftly addressed. The numerous allegations of serious sexual misconduct by Oxfam staff in Haiti, for example, caused warranted damage to the charity’s reputation, and few would argue such conduct should be silenced by NDAs. However, there may be situations in which a well-run organisation experiences a one-off problem with a staff member who is disciplined accordingly, while the victim is properly supported and wants to continue working at the organisation. In such circumstances, it is unlikely to be in the interests of the victim and other employees (or in the case of a charity, its beneficiaries) for the reputation of the entire organisation to be tarnished while the media and the public speculate as to the identity of the individuals involved.

The example considered above is worlds apart from the use of widespread NDAs to silence multiple allegations against senior staff or evidence of a systemic problem across an entire industry. Organisations will need to consider whether an attempt to silence accusations could be construed as an attempt to avoid tackling a serious issue that warrants public acknowledgement. The key is to take an honest look at the cause and context of a potentially damaging dispute and to determine whether confidentiality is an appropriate, responsible and fair term of settlement.  If an NDA is still deemed to be appropriate, then the guidelines below should be followed.

In the past year NDAs have been considered by a Select Committee Inquiry, a Court of Appeal judgment, and the Solicitor’s Regulation Authority (SRA). A study into NDAs and Ethics was also conducted by the Centre for Ethics and Law at UCL, while we saw a number of NDAs scrutinised in the media such as the settlement between Cristiano Ronaldo and a woman who accused him of rape in Las Vegas. Putting together the legal and professional obligations, the relevant law and the ethical considerations, the following are some of the factors to consider when entering into an NDA:

As we saw in the recent dispute between The Telegraph and Sir Philip Green, it is not always possible to prevent the breach of an NDA. However, provided you are not outed under parliamentary privilege, there are a number of steps individuals and organisations can take to prevent the disclosure of a confidential settlement. In some circumstances, the enforcement of contractual obligations is possible while in others, it may be more effective or appropriate to take action against a third party threatening to publish the confidential information. The courts have acknowledged the importance of enforcing contractual obligations properly entered into from a public policy perspective, as well as the public interest in the observing duties of confidence. NDAs may also engage an individual’s Article 8 rights to a family and private life, in which case it may be possible to prevent further disclosure even if confidentiality is breached. The flip side is the public interest in exposing serious wrongdoing and preventing the use of gagging clauses by the rich and powerful, as well as the Article 10 right to freedom of expression, which includes the public’s right to receive information. Because the enforcement of an NDA cannot be guaranteed, it is important to put in place other supplemental measures to manage the risks of disclosure, such as preparing a joint statement in advance as well as having a crisis plan in place.

Following the revelations of the #MeToo movement, it is understandable that NDAs have caused widespread controversy. Those entering into such agreements are therefore well-advised to consider the risks carefully and to obtain specialised legal advice on the implications. The same is true of anyone wishing to make a disclosure of information that forms part of an existing confidential settlement. Not all disclosures are in breach of NDAs, but it is important to seek legal advice to ensure you stay on the right side of your obligations. This will also avoid any unnecessary distress about properly made disclosures.

If you require further information about anything covered in this briefing, please contact the Reputation Management team or your usual contact at the firm on +44 (0)20 3375 7000.