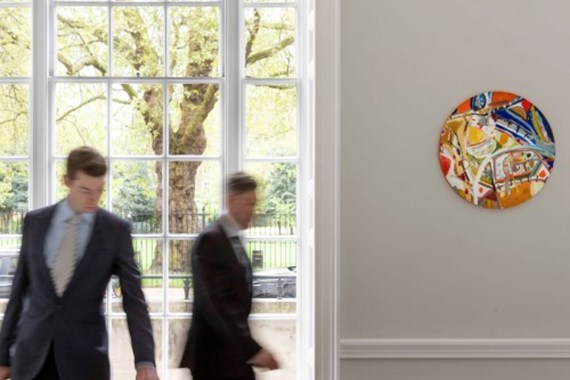 The legislation was introduced in Finance (No 2) Act 2017 and the scale of the potential for damage is as large as was feared from the initial consultations. Requirement to Correct is often shortened to RTC and sometimes expanded back to Really Terrible Consequences. The "Requirement" is to correct undisclosed offshore tax liabilities (Income Tax, Capital Gains Tax or Inheritance Tax) which have arisen in or before tax year 2016/17. One does not need to be UK resident to have a UK tax liability: examples are the trustee of a non-resident trust in respect of IHT 10 Year Charges; an offshore company in respect of rental income from a UK property.

The legislation is sometimes presented as a sort of extension of the Liechtenstein Disclosure Facility (LDF) but without such good terms. That is an unhelpful analogy. Unlike the LDF, the RTC is not a 'facility' available for a limited period but is rather legislation which gives us a glimpse of the future which awaits the non-compliant. It is a pretty dystopian future. Part 1 of the legislation outlines what needs to be corrected. Part 2 details the consequences of failure to correct. This note follows the same format.

The requirement relates to "relevant offshore tax non-compliance". The term is broadly defined. The legislation covers non-compliance to the end of tax year 2016/17. The window of opportunity to correct expires on 30 September 2018. After that, the consequences described in Part 2 apply.

The correction can be made in a variety of ways. The best way of disclosing the non-compliance will depend on what it is and how it has arisen. Just as there are a range of ways of being non-compliant, there are a range of options for being brought back into the light. At one end of the spectrum, for a simple error it may be adequate to deliver a tax return making the correction. At the other end of the spectrum, where there is exposure to a charge of deliberate tax evasion, the taxpayer may wish the guaranteed protection against criminal charges offered by HMRC's Contractual Disclosure Facility. Many taxpayers will fall between these two extremes. Apart from the decision to correct, it is important to adopt the most appropriate route for doing so

Also, in some instances, it may be difficult to compute the "potential loss of revenue" (PLR) accurately. In these circumstances, HMRC accept that the computation is to be done in a way which is "just and reasonable". That is a simple principle which in practice can raise some complex points. For many corrections, the computational methodology adopted will have a significant impact on the size of the settlement.

The FTC legislation asks us to consider whether, in the past, we may have been sinners, guilty of sins of commission or omission. Questions to ask are: (i) How likely is it that we have a history of perfect tax compliance? (ii) How likely is it that any non-compliance will be identified? (iii) How long before HMRC are time-barred from pursuing an old liability? (iv) If past sins are uncovered, how bad will the consequences be?

On (i), the longer one has had an offshore presence and the more complex one's affairs are, the greater the risk of non-compliance. The legislation changes at regular intervals and has moved from being complex to being very complex. Personal circumstances change. The quality and quantity of advice sought can vary. You may not have been trying to be bad but have you been trying hard enough to be good?

On (ii), there is an ever growing tide of information available to tax authorities around the world and ever-growing sophistication in sharing it. CRS with exchange of information has started. This year over 100 countries will exchange information. HMRC are putting more investment into an already powerful CONNECT IT system. HMRC have stated that people with offshore interests are a group of particular interest to them.

On (iii), for RTC to apply, HMRC must be able to have raised an assessment as at 6 April 2017. The window of opportunity to assess old liabilities depends on the degree of culpability. HMRC will be arguing that, given the publicity on the various offshore disclosure facilities over a period in excess of ten years, any continuing failure is at least careless and may well be deliberate. Deliberate provides a 20 year look-back. However, the RTC provides a four year extension from April 2017 so that HMRC have until 5 April 2021. That means where HMRC can argue the non-compliance is deliberate they have until April 2021 to deal with an irregularity which may have occurred in 1997. How many people have been consistently good for 25 years? Their reward may not be to live forever but it probably feels like it.

On (iv), the standard penalty is 200% of the PLR. This may be reduced according to factors such as cooperation but the minimum penalty is 100% of tax. Where it can be shown that assets were moved between jurisdictions to keep them outside new reporting requirements, the standard penalty can be increased by 50% (so a 200% penalty becomes a 300% penalty). In addition to the standard penalty, where HMRC believe a person was aware of non-compliance and failed to correct, they can also seek up to 10% of the value of the assets involved. In addition to the financial penalties, HMRC can publish details of the taxpayer if one failure has a tax consequence of at least £25K or there are 5 or more separate failures of whatever amount.

Trying to inject a sliver of sunshine into the gloom, penalties will not arise if the taxpayer can satisfy HMRC (or a relevant tribunal) that there is a "reasonable excuse" for the non-compliance. However, a reasonable excuse defence under RTC will be severely restricted as such a defence often involves a taxpayer arguing that he followed professional advice. Under RTC, such a defence is specifically disqualified if the advice was given by a person who in some way had an interest or who did not take into account all relevant circumstances. As such, some taxpayers who proceeded in good faith on the basis of professional advice will not only find that the advice does not work (whether from the inadequacy of the advice, or from their changed circumstances, or from legislative changes) but that acting on professional advice does not protect them from the huge financial penalties of FTC.

Given the increasing complexity of tax legislation, it is difficult to achieve absolute certainty that one's tax affairs are completely protected from any challenge. As such, taxpayers have tended to proceed on the basis that unless there is evidence that something is wrong, the assumption should be that nothing was wrong. The balance of risk between the (definite) cost and inconvenience of seeking further advice as against the (unlikely) consequences of a successful challenge meant that they were content to risk the latter. Given the changing environment as detailed in points (i) - (iv) above, the likelihood and consequences of a successful challenge dramatically alter the balance of risk.

The changing legislation does not simply impact on the taxpayer. The 'enabling' legislation now means that offshore non-compliance by a taxpayer, even if that non-compliance is simply 'careless', can trigger penalties on anyone who has enabled the non-compliance. In certain circumstances, these enablers can be named by HMRC in a public register. Obvious potential targets include trustees and bankers.

It is in the interests of both taxpayer and advisers at risk from the enabling legislation that, unless there is certainty as to historical compliance, a health check is carried out. In some instances, that will identify non-compliance which can be addressed by taking the appropriate disclosure route and thus satisfying the RTC legislation. In others, the conclusion may be reached that the taxpayer's affairs are compliant. The RTC legislation is explicit that for taxpayers who believe themselves to be compliant but are discovered to be non-compliant, the legislation will bite. However, crucially, while the tax and interest consequence will follow, if the taxpayer can successfully argue 'reasonable excuse', then the huge potential penalties fall away. Also, as the number of years which HMRC can 'look back' is linked to degrees of culpability, if a 'reasonable excuse' defence is in place, the number of back years is limited to four as opposed to a potential 20. Finally, if there is no penalty position, then the 'enabler' legislation is not triggered.

The legislation is clear that, if the advice of the original tax adviser is simply refreshed by that adviser, such advice is disqualified from a 'reasonable excuse' defence. A fresh and independent view, specific to the particular taxpayer is required. In these circumstances, advisers in offshore jurisdictions will wish to consider whether there is a duty of care to ensure their clients have taken the appropriate protective precautions. There are huge advantages flowing from an independent health review. There is huge potential for damage if non-compliance is established with no professional advice defence against penalties.

If you require further information on anything covered in this briefing please contact Andrew Watters or your usual contact at the firm on 020 3375 7000.