England is often referred to in the media as the divorce capital of the world. It is widely known to be one of the more generous to wives in the world. Not only this, but the English court can in some circumstances order a divorce settlement even where a couple have already divorced (and received financial provision) in another country. The purpose of such an order is to alleviate the consequences of no, or no adequate, financial provision being made by a foreign court.

Under Part III of the Matrimonial and Family Proceedings Act 1984 where parties have been divorced abroad, the English court will have jurisdiction to make a financial order in respect of the marriage if:

a) one of the parties was domiciled here either on the date of the application or at the time of the divorce;

c) the parties have a property in England and Wales in which one of the parties has a beneficial interest and which was a matrimonial home at some point during the marriage (although in this case the claim is limited to the value of the property in question).

The applicant must first apply for leave to make the application, but this filter exists to exclude unmeritorious cases; it does not call for a rigorous evaluation of all the circumstances.

The Purpose of the Legislation

Simply because the court has jurisdiction does not mean that it will make an order in every case.  The purpose of the legislation is to alleviate the consequences of no, or no adequate, financial provision being made by a foreign court where there are substantial connections with England.   It is not designed to allow spouses with an English connection to take advantage of the more generous approach of the English courts.

In De Renee v Galbraith-Marten[1], the courtdeclinedto make an Australian wife any further financial award.  She and her husband had reached an agreement in Australia, binding under Australian law. Pursuant to that agreement the wife received a small amount of capital and maintenance limited to three years. The wife tried (and failed) to overturn those agreements in Australia, alleging that the husband was guilty of non-disclosure and that she had been subject to duress.  When that was unsuccessful, she made an application in England for permission to apply for further financial provision following her overseas divorce.  That application also failed: the wife had received Australian legal advice at the time of making the original agreement, and there was nothing to suggest that that the provision made for her under the terms of that agreement was unfair.

In contrast, in the recent case of Z v Z[2] the court made an award to a Russian wife following a Russian divorce.  The parties had lived in England for the last four years of their marriage, but divorced in Russia in 2009.  The wife did receive a financial award on the Russian divorce; the husband paid her US$10 million in full and final settlement of her claims.   5 years later, the wife made an application for further financial provision on the basis that "adequate" provision had not been made for her.

Despite the 5 year delay in bringing her case, and the substantial payments already made to her pursuant to the Russian order, the wife succeeded in the English court.  She was awarded a further £1.14 million, on the basis that the former husband would allow her to occupy the family home in London until their youngest child completed tertiary education.  The judge emphasised the broad discretion of the courts in this area and held that even if the agreement made in 2009 was fair at the time, that was not necessarily a bar to a Part III application – a result that many found surprising.

Another case that has hit the headlines in recent months is that of Juffali[3].  Following a 21 year marriage, throughout which the parties lived in London, the Saudi husband pronounced talaq in Saudi Arabia, bringing the marriage to an end (unbeknownst to the wife).   The wife had £15 million in her own name, but made an application under Part III for financial provision following her overseas divorce.

The standard of living enjoyed by the parties was described as "magical"; as a result of which the judge decided that the wife 'needed' a further £55 million - £44.3 million of which was to be an income producing fund.

As demonstrated by these cases, the range of outcomes is wide and will depend on the circumstances of the case – not just the wealth involved, but also the connection that the parties had with England, and the provision that has already been made in the foreign jurisdiction.  However, in appropriate circumstances the court can and will make a substantial award. 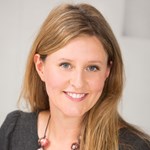