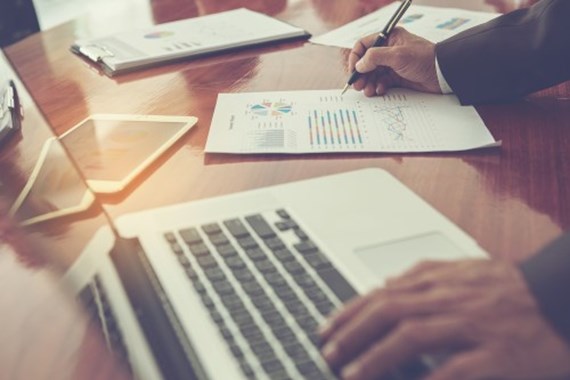 Last week, as widely reported, the Financial Conduct Authority (FCA) banned the former Co-op Bank Chair, Paul Flowers, from working in the financial services industry. The Final Notice issued by the FCA provides useful commentary on the reasons why the FCA considered Mr Flowers was not a "fit and proper" person.

This decision is directly relevant to those operating in the financial services sector, but is also of interest to employers in other sectors as it reflects a general trend we are seeing across many sectors that sexual misconduct in particular is being treated much more seriously.

As a reminder, the main assessment criteria in forming a view over the fitness and propriety of relevant employees (who may be approved persons, certified persons or senior managers, depending on the applicable regime) are:

The FCA's Final Notice focusses on Mr Flowers' integrity and reputation. The background to this matter is well-known and is summarised below.

Mr Flowers was a Non-Executive Director of the Bank from 29 May 2009 and an approved person. Between 15 April 2010 and 5 June 2013 he took on additional responsibilities as Chair of the Co-op Bank. He left his position and ceased to be an approved person on 5 June 2013.

As reported in the Final Notice, Mr Flowers, whilst Chair:

After Mr Flowers had left office he was convicted for the possession of illegal drugs.

The facts are extreme, particularly given Mr Flowers held such a senior position within a large institution. Nonetheless, the decision goes further than to ban Mr Flowers from performing specific regulated activities, but prohibits Mr Flowers from performing any function in relation to any regulated activity carried on by any authorised or exempt person or exempt professional firm, on the grounds that he is not a fit and proper person. It is therefore a relatively draconian sanction.

The reasons given by the FCA for its assessment that Mr Flowers is not fit and proper are, broadly, that he demonstrated an unwillingness to comply with the requirements and standards of the regulatory system and with other legal, regulatory and professional requirements and standards. Taken together, this pattern of disregard for standards that he was expected to meet demonstrates, in the view of the FCA, a lack of integrity. The decision also refers to the negative publicity about his failings impacting on the FCA's conclusion that he does not have the requisite reputation to carry on functions in the financial services industry. The FCA notes that any future involvement by Mr Flowers in the financial services industry risks undermining consumer and market confidence, presumably in part given his misconduct is high-profile.

One of the reasons this decision is interesting is because it relates to conduct in which the FCA have not historically shown much interest. It does not appear that the misconduct related directly to mistreatment of clients. The fact that Mr Flowers was willing to disregard standards expected of him is relevant to the FCA's assessment of fitness and propriety, even if such conduct did not amount to a specific breach of the regulator's own rules.

In the current regime, where the onus is on firms covered by the Senior Managers and Certification Regime (SMCR) to certify certain employees as fit and proper, judgment calls frequently need to be made to determine whether misconduct is relevant to fitness and propriety. Such misconduct may relate to behaviour inside or outside of the workplace, particularly in the latter case where the misconduct may impact on an individual's reputation.

Given the extreme facts, the decision in relation to Mr Flowers was perhaps inevitable, but it can be much more difficult for a firm to determine whether findings of misconduct (such as for example bullying or harassment) are relevant to fitness and propriety. Certainly, serious bullying and harassment is likely show a disregard for professional requirements and standards, which the FCA was concerned about in the case of Mr Flowers. Each case will need to be considered on its facts, including a firm's obligations towards any employee facing an allegation of misconduct. It is, in our view, not appropriate for firms to hold off on investigating serious allegations (say, in circumstances where the complainant prefers to leave under agreed, settlement, terms) where the allegations could be relevant to a firm's assessment of fitness and propriety.

A more detailed commentary on principles to be considered in assessing fitness and propriety is contained in an earlier briefing – Fit and Proper – by my colleague, David Hunt. These are issues on which we regularly advise alongside our regulatory specialists, including on interactions with the regulator.