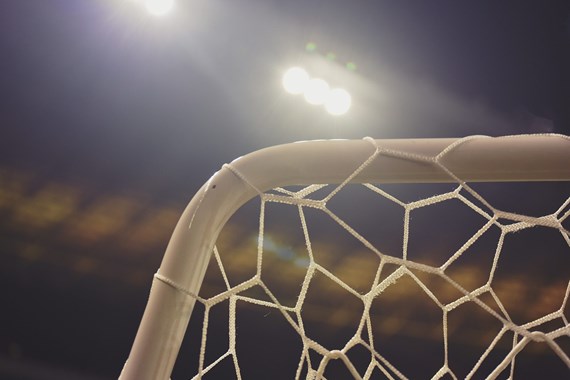 Reputation management is of the utmost importance for many sports stars. Media frenzy and the cult of the celebrity are part and parcel of life for so many professional athletes. Social media rule, while the family lives of sports stars also remain a source of interest to the press and public (just ask Tiger Woods or Wayne Rooney). Sports stars and their advisers must grapple with the dichotomy between the benefits that fame can bring on one hand and protecting their reputations and privacy effectively on the other. They need appropriate and proactive advice on hand to deal with difficult issues when they arise – and to pre-empt these where possible.

Protecting family interests will also be close to an athlete’s heart. Whilst the same could be said of many individuals, the intense scrutiny and pressure often experienced by professional athletes give rise to particular challenges. There are many good reasons why a high profile or successful sports person needs a team of trusted advisers onside, to help navigate their way through difficult life events, and to provide strategic advice and assist with forward planning to help lessen the impact of these.

Studies suggest that the divorce rate amongst professional athletes compares unfavourably to that of the general population. Research indicates, for example, that a third of players will be divorced within a year of the end of their professional football career. This may not be surprising. Athletes typically spend long periods away from their spouses travelling and may struggle to manage fame and wealth, unwanted media attention, the allure of adoring fans, or the relentless pressure to perform. When the structure of training regimes and competition comes to an end this can also challenge a relationship. These things can, in some cases, lead to deep conflicts in a marriage. Of course, measured and strategic family law advice in the event of a divorce will be essential for a sports star anxious to protect earnings that they have generated.

However, since professional athletes tend to accrue significant wealth at a relatively early age (and often before marriage) earlier legal advice, in advance of marriage, is also likely to be key. A pre-nuptial agreement entered into before a marriage (or a post-nuptial agreement entered into after) can provide significant financial protection and is intended to reduce some of the stress of relationship breakdown. The important Supreme Court decision in the case of Radmacher v Granatino in 2010 changed the law in this area. Following Radmacher it is clear that pre-nuptial agreements have been woven into the tapestry of English law and can effectively limit the financial claims of a divorcing spouse, providing that they meet certain conditions.

Pre-nuptial agreements can also incorporate non-disclosure clauses (although caution should be exercised) to set ground rules regarding things like mainstream and social media. A couple might, for example, agree not to publish photographs of any children they might have. Negotiating issues such as these is much easier at the outset of a marriage, where the parties are (hopefully) in a happy relationship, than when the parties are separating with perhaps no prospect of cooperation.

If a couple do divorce, one or both of them may be concerned to avoid being made the subject of sensationalist headlines. Conversely, one of them may seek to use likely press interest as leverage in financial negotiations. These dynamics will require consideration. Some financial cases are heard in open court which means that anyone can be there. Even if the case is heard “in private”, accredited members of the press can still attend, which can cause anxiety. Although it is possible to apply for an order restricting what can be reported, the divorcing couple may prefer to choose an alternative method of resolving their dispute, such as arbitration, which takes place away from the court room and therefore away from the threat of possible press intrusion. Many cases we now work on are settled within the context of arbitration or at (or shortly following) private Financial Dispute Resolution hearings.

Sports stars tend to be internationally mobile, sometimes living in different countries before, during and after their sports careers. Footballers, for example, may transfer repeatedly during their careers to play for teams based all over the world. This can have significant repercussions from a family law perspective.

The family lawyer must take a holistic view and marshal legal advice from foreign jurisdictions as appropriate – in advance of any planned relocation if possible.

The key point here is that when a professional athlete moves to a new country, they will be subject to different laws. This would be relevant, for example, where an athlete from overseas, who had entered into a marital agreement in their home country, subsequently relocated to England. In the event of a divorce in England, English law (rather than the law under which the marital agreement had been entered into) would be applied to determine the division of assets on divorce. The foreign marital agreement might not be upheld in England and this could lead to unexpected (and unwelcome) consequences – particularly for the financially stronger spouse.

Again, forward planning is important within the relocation context. Individuals relocating to England should take English law advice before the relocation in relation to their marital agreement (including how this could be made to comply with English law requirements). Since financial awards on divorce in England tend to be more generous to the financially weaker party than in other European jurisdictions, a wealthy married athlete moving to England without a marital agreement would be well-advised to consider entering into an English law post-nuptial agreement in conjunction with the move. Planning of this sort may seem irrelevant to a happily married couple distracted by the practicalities of uprooting and re-settling a family. But experience tells us that failing to understand the significance of a move to a different jurisdiction can prove costly if the worst happens.

Relocating can also have an enormous impact on the sports star’s family. If one separated parent wishes to take a child abroad, whether for a holiday or a permanent move, he or she will need the consent of the other parent or permission from the court. Even where a move is not so far from home (and within England and Wales), if the other parent objects, the parent wishing to move will need to apply to the court for permission.

Sadly, we know from much of the data published that retired sports stars often run into financial difficulties. For some, this ends with bankruptcy (something else that can become a pressure point in a marriage). Others may learn to adjust their standard of living and spending habits in response to what is often an abrupt end to a high income. Where an athlete has been ordered by the court to pay maintenance to a former spouse for their benefit or the benefit of the parties’ children and that individual’s financial circumstances later change, it may be appropriate to seek a court order varying the terms of these payments. The respective financial resources of the athlete and their former spouse (both capital and income) would be relevant here but a significant reduction in income on an athlete’s retirement could justify a reduction in the level of any on-going maintenance payable.

Sports stars are likely to need support from a whole team of professionals along the way, ranging from managers and coaches, to physios and agents, to financial advisers and accountants. Taking legal advice around one's family life may not always seem the most natural step, but there are good reasons for doing so and a sports star would do well to have a good family lawyer in their kit bag.

If you require further information about anything covered in this briefing, please contact Rose Spencer-Longhurst, or your usual contact at the firm on +44 (0)20 3375 7000. 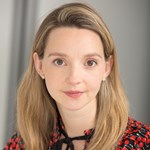