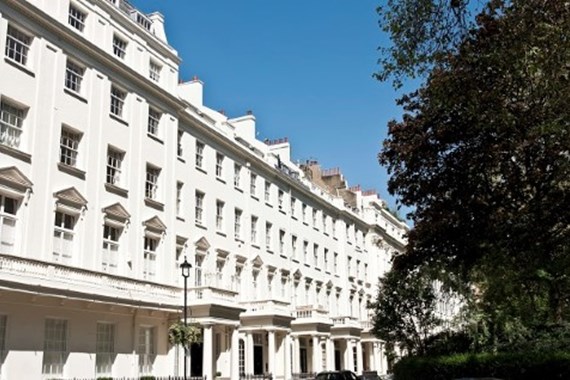 Following the much publicised LIBOR manipulation scandal, the reform of LIBOR has been a key focus for the Financial Conduct Authority (the FCA) and other financial regulators in key financial markets. Notwithstanding reforms to the calculation and submission process for LIBOR implemented in recent years, the FCA no longer considers LIBOR to be sustainable and has concluded that the bank market should work to transition to an alternative rate by the end of 2021.

In this briefing we consider the current proposals for the replacement of LIBOR and what impact those proposals may have on currently accepted market practice for documenting loans that use LIBOR as an element of interest calculations.

LIBOR, or the London Interbank Offered Rate, tracks the interest rate at which large institutional banks lend unsecured funds to each other in multiple currencies and for various maturities on the London interbank market. Panel banks submit the rate they pay, or would expect to pay, for borrowing from other banks and an average of those submissions is compiled and published daily.

More significantly, LIBOR is also the benchmark rate that many banks use to set floating interest rates on loans and a variety of other financial products such as bonds and derivatives.

Following the highly publicised LIBOR rate manipulation scandal in the wake of the financial crisis (in which it was suggested banks were submitting inflated or deflated rates so as to profit from trades and to boost their perceived creditworthiness), the UK Government commissioned a review to be undertaken by Martin Wheatley on the calculation and administration of LIBOR.

The Wheatley Review recommended reform rather than replacement of LIBOR. As part of the implementation of its recommendations, ICE Benchmark Administration Limited (ICE) took over as administrator and publisher of LIBOR in 2014 and introduced measures and policies aimed at restoring integrity to the benchmark. LIBOR also became a regulated benchmark under the FCA's supervision. These reforms are generally considered to have been a success, improving the calculation and submission process and helping to boost market perception of this key benchmark rate.

However, and notwithstanding these reforms, the unsecured interbank lending market that LIBOR seeks to measure has seen a significant reduction in activity over the last few years. As a result panel banks do not have sufficient real transactions on which to base their submissions and are being forced to provide submissions based on judgements or estimates of what the cost of borrowing in the interbank lending market would be. Unsurprisingly in view of previous scandals and perceived susceptibility to manipulation by market participants, this makes the continued use of LIBOR as a benchmark rate unsustainable in the long term, and it is this that has prompted the FCA to ask the market to transition to a replacement rate by the end of 2021.

The Financial Stability Board, an international body that monitors and makes recommendations about the global financial system, published a report in July 2014 on reforming major interest rate benchmarks (including LIBOR). The report recommended the development and adoption of nearly risk-free rates (RFRs) as alternatives to existing benchmark rates.

In response to this recommendation, the Bank of England created a Working Group on Sterling Risk Free Reference Rates (the Working Group) to consider what RFR might be preferred for use as LIBOR's replacement. The Working Group published its proposals in June 2017 which recommended that for transactions based on pound sterling the unsecured overnight rate (more commonly known as SONIA) should be used. Following on from this and a speech given by Andrew Bailey, Chief Executive of the FCA in July 2017, the FCA and Bank of England announced in November 2017 that the Working Group would be reconstituted with a broader mandate to assist with a transition to the use of SONIA rather than LIBOR as the key benchmark rate to be used in the loan, bond and derivative markets by the end of 2021. Alongside this broader mandate the Working Group also established a new sub-group with a specific focus on LIBOR replacement within the syndicated loan market.

The Implications of SONIA for lending markets

SONIA is based on the costs of actual transactions in the UK overnight unsecured lending market, which is a much more active market than the longer term interbank lending market on which LIBOR is based. Due to the higher transaction volumes underpinning it, SONIA is seen as being more robust than LIBOR and therefore less susceptible to manipulation.

However, concerns have been raised that SONIA's scope is more limited than LIBOR. In particular: (i) it only covers sterling while LIBOR covers 5 different major currencies; (ii) it only measures the overnight rate while LIBOR currently covers 7 maturities ranging from overnight to 12 months; and (iii) unlike LIBOR it is backwards-looking and does not provide a stated rate for a forward-looking term.

The last point is particularly significant because as a forward looking rate LIBOR provides certainty of funding costs over a known future period of up to a year, enabling effective management of interest costs and cashflow. If SONIA is introduced in its current form interest costs will not be capable of calculation in advance but only at the end of an interest period to which they apply. The absence of a forward looking term rate is likely to create uncertainty in lending markets and will affect the ability of both lenders and borrowers to effectively budget and manage their cashflows.

Another concern of market participants is the pricing gap that could arise where LIBOR is replaced with SONIA. SONIA is a much lower rate than LIBOR and the pricing gap that may arise as a result would likely require some form of reimbursement mechanism to be built into loan pricing.

The Implications for Loan Documentation

Loans documented on the basis of the recommended forms of syndicated loan documentation published by the Loan Market Association (the LMA) currently contain fallback provisions where LIBOR is not available and allow for interest to be calculated on the basis of interpolated screen rates, shortened interest periods, historic screen rates, reference bank rates and cost of funding.

While these fallback provisions provide a solution to the short-term unavailability of LIBOR they are unlikely to be appropriate for a permanent discontinuation of LIBOR and a replacement of that benchmark rate with SONIA.

The Working Group's sub-group focused on benchmark transition in loan markets has two key objectives: (i) proposing amended documentation for existing loan facilities based on LIBOR in order to facilitate discretionary transition to SONIA and (ii) developing template documentation for new loan facilities referencing SONIA as the benchmark rate. It is likely that the LMA will in time produce a set of suggested proposals for revising their recommended forms to take into account a transition towards the use of SONIA in floating rate interest calculations. We would also expect the LMA's proposals to be adopted more widely by those lenders who do not use the LMA recommended forms of facility agreement.

At the time of writing, it is clear that LIBOR will be replaced as the key benchmark for calculating floating rate interest in loan and other financial markets. Current market proposals suggest that the replacement is expected to be an RFR and for sterling denominated loans that the RFR is likely to be SONIA (albeit in an adapted form to placate market concerns around its backwards-looking nature).

Lenders are likely to face a major undertaking to update both their loan documentation and IT loan servicing systems to reflect a transition away from LIBOR to the replacement rate. We will issue a further briefing once there is greater certainty on the nature and operation of the replacement benchmark rate for LIBOR.

If you require further information please contact Marc Glancy, Suzanne Conticelli or your usual contact at the firm on 020 3375 7000. 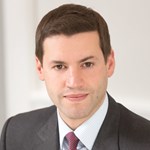