The damaging effects of the problematic use of pornography 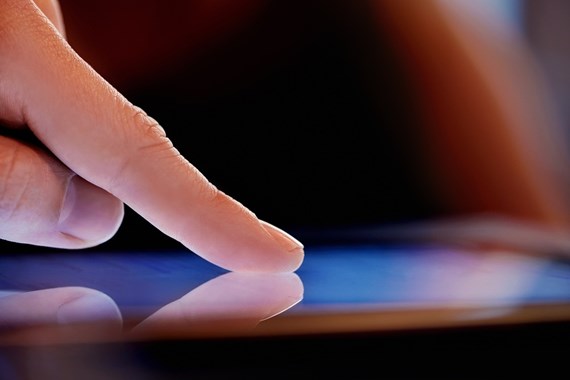 Warning: this article includes references to extreme pornography and links to media reports which some readers may find distressing.

In December 2020, Maria Strauss and Sophia Coles, lawyers in the Farrer & Co Safeguarding Unit, held an “In Conversation with…” webinar with Mary Sharpe, Advocate, Co-Founder and Chair of The Reward Foundation, about the harmful effects of the problematic use of pornography on children and young people.

The Reward Foundation is a relationships and sex education charity that conducts and disseminates information about research into the impact of internet pornography on mental and physical health. The charity has been accredited by the Royal College of General Practitioners to train professionals who deal with adolescents in particular, but also with adults who are at risk of developing problematic use of internet pornography. The charity has developed a set of seven (free) lesson plans for schools on sexting and on internet pornography to help pupils make informed choices about the use of porn – please see below for more details.

As a number of delegates commented, the webinar was an eye-opening discussion and it starkly brought home the severity and scale of the problem.

In the Safeguarding Unit, we believe that the issue of children and young people viewing pornography is a relatively unexplored area of safeguarding and that there is an urgent need for organisations who work with young people to understand this area as a safeguarding and child protection issue. A vital step is education in order to be aware of the risks associated with internet pornography and feel confident to have open and informed conversations about pornography and its potential effects on physical, sexual and mental health, as set out in research and highlighted through The Reward Foundation’s work.

This briefing draws together the key points from our discussion with Mary Sharpe, links readers to useful resources and provides an update more generally on the issue since our webinar.

During the discussion, Mary shared how the internet has dramatically changed the structure of the pornography industry and its commercial interests.

Internet pornography is one of the most sophisticated technology industries in the world. A substantial amount of content is free to view, downloadable and user-generated.

Income is primarily generated through advertising and relies on as many people as possible coming back to view more content for longer.

PornHub’s annual review for 2019 reported over 42 billion visits to the site that year, which means 115 million visits per day.

What are children and young people seeing online?

There are no meaningful age restrictions on access to this material (see below on age verification) and, with tablets, smartphones and so much activity moving online as a result of the pandemic, hardcore pornographic material is just a click away for many young people, who may be unprepared and ill-equipped to understand what they are viewing and, as a result, are vulnerable and could suffer adverse impacts.

What is the impact?

We asked Mary what impact this material has on children and young people. The Reward Foundation has collated and collaborated on significant research into this issue and its conclusions show that the damaging effects are wide-ranging and potentially long-term.

Mary advises that most young people are not addicted to pornography in the clinical sense, even if they feel they may have developed problematic use, as addiction is a process that usually takes years to develop.

However, Mary’s work shows that:

Mental and physical health and wellbeing

The negative impact on mental health can come in a plethora of forms, which can last into later life for children and young people.

We are seeing more news reports in the press around the risks of these activities with campaigning groups such as “We can’t consent to this [4]” shining a light on the increased reliance on the “rough sex” defence to acts of serious violence against women. The “rough sex” defence will soon be abolished with the enactment of the Domestic Abuse Bill. (See Part 6 of the Bill here) [5]. The Reward Foundation has reported [6] how strangulation during sex (or “air / breath play” as it is termed in the porn industry) is on the rise, risking brain damage, other long-term and debilitating conditions and even death.

Further, there has been a rise in “porn-induced erectile dysfunction” in men under 40 from around two to three per cent in 2002 to over 35 per cent today, mainly in the 20 to 30 age group. This links [7] to extensive research on this area.

In the UK, internet and children’s charities the Internet Watch Foundation (IWF) and NSPCC (through Childline) have teamed up to offer children a secure way of reporting naked or sexual images of themselves posted online. Using age verification, young people can now prove that they are under the age of 18 and in doing so help the IWF (who remove online child sexual abuse material, CSAM) to take down the images. The project is called Report Remove. For more information see link here [11].

The wide-ranging and ever novel content on the internet inevitably impacts the behaviour of children as well as adults. People become hooked on novelty and sexual arousal on demand. Mary noted that peer-on-peer sexual abuse [16] has risen hugely across the UK, and many young offenders, as well as the Police, blame porn.[17] Therefore schools and other organisations working with children and young people may find themselves having to handle, and refer on to statutory agencies and specialist services, cases of peer on peer sexual abuse. A report to the police of a child being involved in almost any kind of sexual offence, however minor, can have serious repercussions on that child’s future career prospects when the matter may show up in a DBS report years later.

What can organisations do to help?

The Reward Foundation hosts a number of educational resources for those wanting to explore the topic and access tools to engage young people on the issue.

In schools and charities

The Reward Foundation has seven core lesson [18] plans which are free and have been developed over the past three years with input from over 20 professionals across education, law and health:

The Reward Foundation has a free guide [19] specifically tailored to parents.

Parents can of course regulate their child’s access to electronic devices on which they might watch pornography. This Internet Matters page [20] gives parents guidance on how to set up parental controls on devices.

In 2017, the UK Government took steps to introduce age verification legislation on pornographic sites, meaning that individuals would need to verify that they were over 18 before getting access. The legislation would have introduced serious penalties for websites that did not offer an age verification mechanism. Last year, just before the general election, the Government decided to withdraw the plan a week before it was due to be implemented. The reason given was that it did not cover pornography found on social media and it would be better if all content were regulated through the Online Harms Bill. The Online Harms Bill has now been delayed until most likely 2024. The Reward Foundation is pushing for robust age verification legislation to be introduced sooner. You can write to your MP [21] to demand action on age verification for pornographic sites.

A recording of the full interview with Mary Sharpe and key resources is available on our dedicated Safeguarding Unit app, Hive Learning – to join this safeguarding community please email Shelly Kainth.