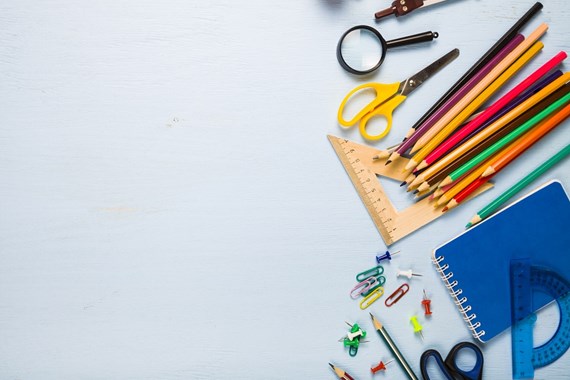 In December 2020, the Independent Inquiry into Child Sexual Abuse (IICSA)’s Truth Project published its thematic report into child sexual abuse in the context of schools.

The report describes the experiences of the individuals who participated in the Truth Project and were sexually abused in schools between the 1940s and 2010s in England and Wales, including state, independent boarding and non-boarding schools. The project was set up to hear and learn from the experiences of victims and survivors of child abuse.

The report considered what victims and survivors had shared about their experiences and identify the similarities and differences in their experiences of child sexual abuse across time periods, groups and institutions.

In this briefing we summarise the key findings from IICSA’s report and outline the suggestions for change that were identified by the victims and survivors who experienced abuse in the schools first-hand.

1. The majority of perpetrators were male teachers or other educational staff, often popular with good reputations.

Many accounts from the participants flag how they were groomed and subject to manipulation by such individuals in order to facilitate the sexual abuse. The perpetrators were often well liked throughout the educational setting both by parents and students alike. They were often thought of as “cool” and enjoyed positive reputations in the school. One participant identified this feature in her perpetrator and described how “everybody loved him, he was such a cool teacher”. Some of the participants noted that during the abuse and sometimes for years afterwards they believed that they were in a genuine relationship with the perpetrator, something which stopped them from disclosing the abuse at the time, with many participants struggling with accepting the reality of the “relationship” well into adulthood.

“It took me many years of therapy to realise; one that I’d been sexually abused; two that it wasn’t my fault, I wasn’t to blame. Three; that the perpetrator did not love me. It blew me apart when I saw all of his manipulations for what they were.”

Whilst the number of cases involving male perpetrators appeared to be higher than female perpetrators it must be understood that female teachers, coaches and other professionals working with children could of course pose risk.  In this recent article from the BBC (Female child sex abuse 'remains taboo' while victims struggle) a criminologist from Durham university said that there was a particular "lack of understanding" of the extent of female-perpetrated abuse and that it was "fundamentally important" to understand a lot more about this kind of child sexual abuse.  In addition, the historical context of more men working in schools then women certainly in the era of the 1950s, ‘60s and 70s is also important to bear in mind.

2. The second most frequently reported perpetrator type were peers or older children.

Peer on peer abuse is unfortunately an all too common experience for many young children. Our Peer-on-Peer abuse toolkit (a revised version of which will be published later this year) explores this issue in more depth and includes a template peer-on-peer abuse policy for schools (or other organisations) to use / adapt.

3. There is a disproportionately higher amount of reports of sexual abuse from individuals who attended residential schools.

The very nature of residential schools meant that ease of access was facilitated. Many survivors recounted how there were limited places to hide or escape from their perpetrator. This meant that often, the places which were supposed to be safe spaces for children, such as dormitories and bathrooms, often became places where they were abused. Participants also emphasised that the residential nature of the school meant that perpetrators had greater power and control over them.

The data also showed that for most victims, the sexual abuse started on the school premises but sometimes subsequently moved to other locations, in some cases the home of the perpetrator, in which the perpetrator created an environment which was attractive to children. One individual described the perpetrator’s house as having a "youth club" type of atmosphere.

None of this of course means that day schools can be complacent and of course there are any number of serious cases of abuse that have occurred in day schools. [1]

4. Sexual abuse in independent and special schools was disproportionately higher in participant’s accounts compared to state schools and showed higher levels of physical and psychological abuse.

6. 42 per cent of victims were aware of other victims, which was higher than those sexually abused in other institutional contexts.

This can be compared to other institutional contexts where only 23 per cent of participants reported that they knew of other victims. Participants also recounted how rumours regarding instances of sexual abuse were rife regarding perpetrators in the schools, but despite this there was often no adult intervention. This demonstrates how many opportunities for effective safeguarding were lost.

“Somebody must have noticed, or at least had some idea that there was stuff going on here that wasn’t right.. we just needed one person who had the moral courage.”

7. Similarly to other institutional contexts, there were very few disclosures during childhood.

The level of disclosures during childhood were similar to those in other institutional contexts. Some participants ascribed this to the fact that they did not realise they were suffering from abuse; some believed they were in a relationship with the perpetrator or that the perpetrator loved them. Other factors such as shame and embarrassment, lack of understanding about the abuse or fear of getting into trouble also acted as barriers to disclosure. When participants did disclose the abuse during their childhood, they more frequently disclosed to a person of authority compared to the disclosures that were made in other institutional contexts.

8. Sexual abuse experienced in the context of schools had more impact on schooling and employment than sexual abuse in other contexts.

8 per cent of participants in the project talked about underemployment or difficulty in maintaining or finding work and 6 per cent of people said that they were unable to work. Some participants attributed this to a lack of trust in authority that developed as a result of the abuse they experienced. The number of participants who raised this point was higher compared to individuals who were sexually abused in other contexts.

“But the nightmares and the memories were never far away, and I would have to have a year, 18 months, two years off of work, have more counselling, a bit of medication, and wind myself down.”

Victims and survivors’ suggestions for change

As well as lending their voices to the Truth Project, victims and survivors also made suggestions for change in educational establishments that were based on their own experiences. Extracts of such suggestions are split into the structural, cultural, and professional and political themes below.

These suggestions are from the victims and survivors:

The analysis of the Truth Project data is ongoing, and a full report will be published by IICSA at the end of the Inquiry next year.

With special thanks to Siobhan Murray, a paralegal in the Employment team, for co-authoring this article.