The session chaired by Josh Spero at this year's Art Business Conference in London considered several risks which arise when works are dealt with "on consignment". Apart from the extent of insurance cover for damage to consigned goods, the subsequent discussion centred around the risk of fraud and consequences that can arise out of unnecessary obscuration.

Time did not allow mention of another head of potential difficulty, one where the law recognises and caters for, by distinguishing between, secrecy and openness: the role of the agent.

The dealer who sells on consignment deals as an agent for the owner and may or may not disclose this fact (with or without the identity of the principal) to the buyer. There is something liberating about being an agent – whether of a named or unnamed principal. Applying the usual legal rules, "XYZ sells as agent" washes responsibility upstream: the principal, the consignor, should pick up the tab for a buyer's most likely heads of claim – title, authenticity, and condition. Only where the fact of the agency is hidden from the buyer, may the agent find itself standing in the principal's shoes.

If only life were that simple. In reality, a claim arising from a sale on consignment exposes the dealer-agent to an immediate difficult decision as to whether to name the consignor to the claimant (assuming, as usual that thus far the name was not disclosed). Negotiating this difficulty by providing the details does not guarantee immunity from being named as a defendant to a claim.

First the buyer is unlikely to take the risk that its claims lie solely under the sale warranties. The agent, having conducted the sale, may be retained in the frame as potentially jointly liable with the consignee (just in case); and in many cases as independently liable to the buyer for alleged misrepresentations made in the documents surrounding the sale or oral statements made in the negotiation. It is very rare then that disclosure of the agency or the consignee's identity will get the dealer-agent off the buyer's claim form.

At the same time the consignee, who should be the primary target of the buyer, may turn on its own agent. Why else was I paying commission, the consignee argues, unless it was to acquire some exercise of independent skill from the agent-dealer: skill related to the description of the work, the opinion of its authenticity, even perhaps its condition? So, the argument runs, if there is liability to the buyer under these heads, the consignee expects the dealer to pick it up.

These are real-life scenarios, the arguments are made by the three parties in this relationship. Of course, any case raises its own facts and in any case the agent may be well-placed to defeat or deflect claim from either side. Otherwise, as is so often the case, there may be substantial benefit in reviewing the contracts: what does the contract of consignment say about the dealer-agent's liability to the principal and its exclusion, and on what the consignee may place reliance; and what does the contract of sale disclose of the agency?

If you require further information on anything covered in this briefing please contact Adrian Parkhouse ([email protected] ; 020 3375 7397) or your usual contact at the firm on 020 3375 7000. Further information can also be found on the Art & Cultural Assets page on our website. 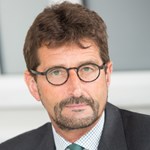