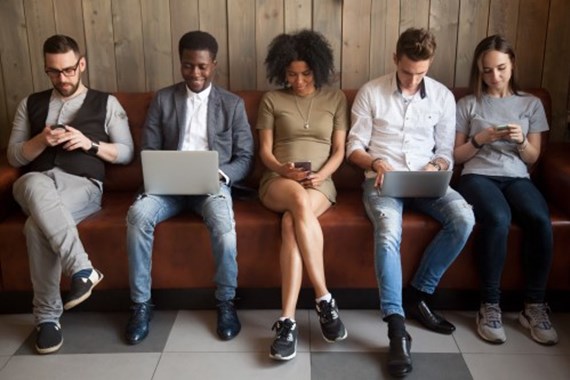 What’s it all about?

I have always been aware of the concept of caste, which stems from deep-seated memories of my paternal grandmother indulging in gossip about who was going out with who within the community. Her questions were always three-fold: 1) is the girl fair and lovely; 2) is the boy a doctor and 3) which caste are they both from. To me, the question of caste (as well as the seemingly inconsequential questions about beauty and occupation) was a bizarre preoccupation and I never understood the fascination or significance of it as a child. However it is a concept that is often deeply entrenched within the mindset of the south Asian diaspora.

The concept of ‘caste’ is complex, but put simply, it refers to a system of social hierarchy associated with south Asians. It is a structure based on the idea of hereditary transmission of different functions in life. These functions include one’s job and social status, leading to either positive or negative discrimination based on that caste. For centuries, caste dictated most aspects of Hindu religious and social life, including marriage and living arrangements, with each group occupying a specific position within this multifaceted hierarchy.

Divisions based on caste are effectively the antithesis of equality, and it is therefore no wonder that caste has become a subject of discussion in the context of the Equality Act 2010. The Equality Act protects individuals in employment against direct and indirect race discrimination, as well as harassment and victimisation on the ground of ‘race’, and by extension, ‘ethnic origins’. However, caste is not currently a protected characteristic under the Act. This is despite the fact that in 2010, a study by the National Institute of Economic and Social Research estimated that there are up to 200,000 people in Britain who are classified as low caste. Furthermore, this research found evidence of discrimination and harassment in employment by higher castes against lower castes through workplace bullying, failure to recruit, promotion and allocation of tasks.

A gap in protection?

The lack of provision for caste discrimination in the Equality Act clearly signified a gap in protection for those of ‘lower castes’ who still subscribe to the caste system. In 2013, an amendment was made to the Equality Act 2010, requiring the government to introduce secondary legislation to make caste an aspect of race, which would mean that caste discrimination was a form of race discrimination. The government has since reviewed its position on the need to introduce legislation, following the Employment Appeal Tribunal’s decision in Chandnok & Anor v Tirkey [2014]. In that case, Ms Tirkey, was kept by her employers Mr and Mrs Chandok in domestic servitude within poor living conditions. She was forced to work as their cleaner and nanny for only 11p an hour for 18 hours every day over four and a half years. The tribunal judge considered the definition of race in the Equality Act, and the concept of ethnic origin in that context, to be wide enough to include caste. The Employment Appeal Tribunal upheld the decision, noting that caste discrimination is capable of being unlawful under current law, provided that the circumstances of the case fall within the existing prohibition of race discrimination.

The government subsequently conducted a public consultation on the issue. Its response was published on 23 July 2018. It essentially concluded that legislating on the issue of caste could cause divisions given that it is a controversial issue, and that protection against unlawful discrimination because of caste is best served by relying on emerging case law as developed by courts and tribunals. It considered that the ‘flexibility’ afforded by case law, the difficulty of defining ‘caste’ and the low number of cases involved were significant reasons for not introducing explicit legislation which would protect people against caste discrimination.

This decision could mean that case law continues to develop haphazardly, without any meaningful direction as to what constitutes caste discrimination.

Whilst protection from caste discrimination has not been woven into legislation, employers should not take this to mean that caste is any less worthy of protection than any of the other protected characteristics under the Equality Act.

Employers could consider including the concept of caste in any equality and diversity training, with a view to giving employees a greater understanding of the issues faced by those for whom caste is still an ever-present concept. This could be particularly valuable to employees in organisations where a significant number of staff may be vulnerable to caste discrimination. Employers should also continue to ensure that they do not discriminate (directly or indirectly) on the basis of caste during recruitment or within the course of employment, as they would in relation to other protected characteristics under the Equality Act.

Arundhati Roy writes that ‘caste is about dividing people up in ways that preclude every form of solidarity, because even in the lowest castes, there are divisions and sub-castes, and everyone’s co-opted into the business of this hierarchical, silo-ised society.’

Ultimately, we should be working towards a society where the concept of caste is slowly chipped away into nothingness, so that all we are left with is people standing side by side, and the workplace must be an important place to start.