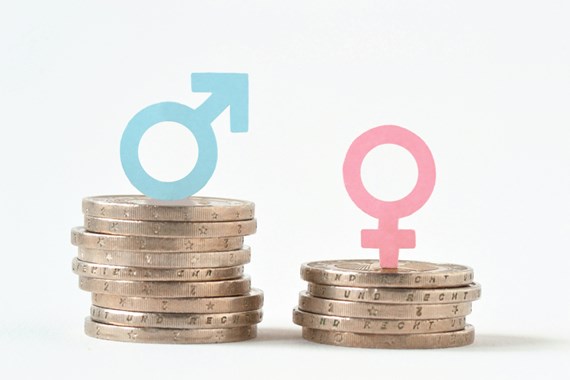 Hot on the heels of International Women’s Day, the end of this month will mark the first anniversary of mandatory gender pay gap reporting. One year on, have the figures changed for the better and are the explanatory narratives getting less embarrassing? No, not really. In fact, as reported recently in this BBC article the gender pay gap has increased at hundreds of big firms. With less than one month to go before this year’s deadline, only 12% of the companies which had reported as of 19 February showed no pay gap.

Helen Pankhurst CBE points out in her book “Deeds not Words”, that at the current rate it will take until 2069 for the gender pay gap to disappear. This is not acceptable. Gender pay gap reporting is very limited, it only compares male and female pay, it does not even touch on ethnicity or social origin, but it is an indicator as to how diverse – or not - an organisation is.

For anyone who has just returned from a year on the international space station (and I am being kind as that isn’t really an excuse), gender pay gap reporting became mandatory for ‘relevant employers’ with over 250 employees as of 6 April 2017. This time last year, we all had to remind ourselves what was a “mean” vs “median” (I am not repeating it again – just google it). Following the first annual reporting date in 2018, the deadline for reporting the gender pay gap figures for 2018 is fast approaching:

The figures must be calculated using a specific reference date, the ‘snapshot date’. The snapshot date for the figures reported this year are 31 March 2018 and 5 April 2018 for public sector and private sector employers respectively.

What has been achieved so far?

If the gender pay gap isn’t reducing what is the point? Is the time and effort worth it? Yes it is. Looking at the bigger picture, the obligation to report has been extremely successful at raising the issue of female career progression and provoking discussion about the reasons for the gender pay gap. Significantly, it has also raised awareness of the underrepresentation of minority groups – with the likelihood that future legislation may be introduced to address this too. The first gender pay gap reporting figures put a harsh spotlight on some organisations and, in some cases, entire sectors where senior women were almost completely absent. Boards may have looked at the figures with astonishment as they scratched their heads and delivered carefully drafted explanations; but the answer is really quite straightforward.

The main issue here is not equal pay – i.e. not that a man and a woman are paid differently for a same job; that is illegal and covered perfectly well by the Equal Pay Act. However, even my appalling maths is good enough to work out that if you don’t have many senior women who earn high salaries compared to men, and have lots of lower paid women, then the average overall pay for women will be automatically lower than the average for men. That’s it really.

There are always exceptions to the rule, and of course there are some extremely well paid senior female managers in most sectors. However, looking at the gender pay gap figures, a shortage of women in senior positions and many women in lower paid positions results in large pay gaps. So, why aren’t there more senior women?

Last year’s Parliamentary Select Committee on equal pay interrogated representatives from different sectors. Representatives of the airline industry and engineering put their hands up, explained that they did have a problem with “pipeline” but said that they had a whole range of initiatives to address this and plan that within the next 10 years there should be a significant improvement in women entering those sectors. Within a further 10 years they hope to have eradicated the pay gap – brave words, but a well thought out plan, honest assessments and clear objectives.

Accountancy fared less well – they had no problem with pipeline and yet why did an intake of over 50% female traineeship result in very few senior managers. Similarly, law firms came under fire. Last year, most law firms did not include partners’ pay when reporting gender pay gap, which attracted heavy criticism. Law firms are partnerships and so technically firms did not need to include their partners’ pay when reporting on the gender pay gap as they are not employees. Some firms even said that it was too difficult to work out the average pay to include partners and so they hadn’t been able to do it – (ahem). However, given the interest in this topic, the legal press and Law Society has encouraged law firms not to hide behind this technicality, and as a result this year should see far more law firms report their pay gap including partners figures, which is to be applauded. I predict that as a consequence, the figures this year will be worse. However, that is the reality and it is important that law firms do not shy away from this issue and instead apply their collective intelligence to addressing it.

The Solicitors Regulation Authority reports that women make up 48% of all lawyers in law firms. If over 50% of University law students are female, with over 50% of students in Law Schools female and equal numbers of male/female trainees, how can it be that less than 10% of equity partners are female? That clearly impacts on the figures for the gender pay gap.

Is it, as explained by one firm to the Parliamentary Select Committee that “partnership isn’t for everyone”? How many female solicitors had turned down partnership they were asked? None. Unsurprisingly, no women at that firm, had been offered partnership and turned it down. Indeed, it would be astonishing if, after slogging through years of GCSEs, A-Levels, law degree, Law School exams and years of working in a law firm, not seeing your friends or family, risking DVT from hours spent at a computer, making Children’s Book Day outfits out of – well anything that you can find - at 3am, that any solicitor would turn down partnership and decide that in fact, after all, partnership “was not for them”.

So, ladies, is it just time to suck it up, get a husband, stop whining and not worry about it? Or, looking ahead, can a gender pay gap be viewed as the benchmark from which improvements will be made?

I am an optimist. Even if the figures are poor, the key is for an organisation to look at their figures honestly, have a plan, tell everyone what it is and set a target date. I suggest a deadline of 2028 for eradicating gender pay gaps – entirely, or at least to a maximum of 10%. 2028 marks one hundred years since full emancipation under the Representation of the People Act 1928. That is a decent amount of time to have a cold hard look at the figures, address what your gender pay gap tells you – and if it is just too difficult, appoint an outside expert.

1. Look at your organisation’s figures

Has there been any improvement in this year’s figures compared to 2018?  If you have no gender pay gap then clearly you don’t need my help, you are an employment guru and please write the next bulletin. However, if your figures for 2018 show little to no improvement in your organisation’s gender pay gap, you may wish to consider taking some steps to address the gap going forward. Read the Equality and Human Rights Commission recently published report, Closing the gender pay gap which was based on research analysing 440 gender pay gap reports across various sectors and gives helpful advice and examples.

2. Identify the differences in pay that are resulting in a gender pay gap

Analyse your figures so you understand how the figures break down. There are many different reasons that can be behind a difference in average pay between men and women. An obvious example of this is if you employ more women in administrative roles and very few in executive roles. Do your female employees reach a certain level of seniority and then stop?

3. Seek to understand the differences

Review career progression in your organisation. Where are the gateways for promotions, what is assessed, what is measured and is there equality of opportunity? If there is a higher ratio of male to female employees or a higher ratio of male to female employees in senior positions, understanding howrecruitment and promotion practices affect men and women differently could help your organisation address its gender pay gap by widening the talent pool to recruit or promote from. You should seek to remove any bias from any hiring or promotion processes or decisions and make the process as objective as possible.

Draft your narrative carefully and disclose it alongside the results of your calculations. It is helpful to provide a narrative explaining your view as to why the gender pay gap is present.

In your narrative, set out your explanation for the reasons for the gender pay gap and what your organisation intends to do to change it. It is best to do so at the time of publishing your data, rather than as a response to negative reactions after your report is published. This is recommended by the EHRC report referred to above.

If you require further information about anything covered in this briefing note, please contact Katie Lancaster, or your usual contact at the firm on +44 (0)20 3375 7000.