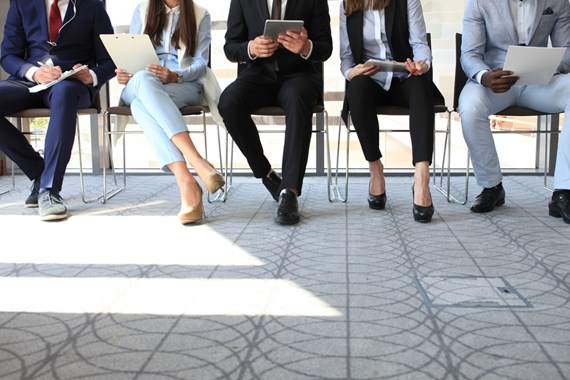 The process of hiring new staff isn’t always straightforward. While it is usually job candidates who have the most to feel nervous about, two recent cases should give employers serious pause for thought when recruiting new workers. The reputational damage of getting recruitment wrong can be significant, money can go to waste and companies can end up missing out on the best people (or hiring the wrong ones).

So, what are the legal risks and how can employers get recruitment right?

The interview with an “abusive ex”

Earlier this year, Olivia Bland had an interview with tech company Web Applications UK. The experience was sufficiently bad that she shared her post-interview email to the company on Twitter, describing the experience as “brutal”, and “like being sat in a room” with an “abusive ex”. The tweet went viral.

While the company may have thought there were benefits to this combative approach, in the long run these were clearly outweighed by the negative publicity. The damage to the company’s reputation has been significant, with the CEO being forced to apologise in response. Despite this, search for the company on Google and the headlines still read “humiliation” and “bullying”.

The second recent case of recruitment gone awry concerns Santander’s attempt to recruit a high-profile banker from UBS to become their chief executive. Santander announced in September 2018 that Andrea Orcel would become their CEO in early 2019 and shortly afterwards Mr Orcel resigned from his position at UBS. UBS took a hard line and withheld payment of the deferred compensation (reportedly around €50 million) he had accrued during his time there. Although Santander was reportedly prepared to pay some of that amount in order to hire Orcel, the Board ultimately refused to pay the total sum and withdrew the offer, a situation one commentator described as “amateur hour”.

The risks of getting it wrong

Reputational damage – as seen with Web Applications UK, reputational damage is often the most obvious danger with recruitment slip-ups – particularly in a world of social media. Similarly, the Orcel affair gave the impression of Santander having little clear strategy. It also highlights the need to have the terms of any remuneration package agreed ahead of any announcement to the market. From Mr Orcel’s perspective, the story emphasises the importance of senior employees having the terms of their remuneration, including any potential buyout of stock, agreed and documented before they resign. Mr Orcel is in fact reported to be preparing legal action against Santander for breach of a contractual letter which offered him a remuneration package of around €50 million; the costs arising from this affair could be very high indeed.

Lost talent - poor recruitment practices mean that organisations may miss out on the best talent. Oddly enough, after the disastrous interview with Web Applications UK, the company offered Olivia Bland the job, an offer which she declined. In missing out on Andrea Orcel, Santander lost out on the opportunity to be led by a man once dubbed the “Ronaldo of Investment Banking”. These two cases illustrate an obvious lesson: a company’s success is heavily reliant on hiring talented employees, meaning that poor recruitment practices can have a powerful and negative impact.

Discrimination – although not an issue in these cases, employers should be alive to the fact that the Equality Act 2010 applies to job applicants just as much as to other stages of the employment relationship. When recruiting a new employee, you must be able to explain why the successful applicant was chosen and others rejected, showing that the reasons are lawful and not potentially discriminatory. Although overt discrimination is now thankfully relatively rare, anyone involved in recruitment should receive equality and diversity training, which ideally should cover the risk of subconscious discrimination or bias. This is the theory that people are hard wired to make snap (subconscious) judgments about people. Given the nature of the judgments involved in recruitment, particularly interviews, there is potentially a risk of such judgments being based on instant and subjective impressions. Although realistically it will be hard to eliminate subconscious judgments altogether, drawing recruiters’ attention to areas where they may be at risk of discriminating unconsciously could help them to mitigate against that risk.

Social media - it can be tempting for employers to look up job applicants on social media. However, this carries risks both from a discrimination point of view (since recruiters may gain access to information about people’s private lives which may lead to unlawful judgments being made based on protected characteristics) and from a GDPR perspective. Employers should only view social media accounts when the information is relevant to the vacancy the candidate is applying for. The fact that an employer is able to access a candidate’s social media profile does not mean they have their consent to take it into account. As such, the employer should inform the candidate that they propose to view their social media accounts and should obtain their consent in a way that is easy to understand, explaining clearly what their consent means. Candidates should also be told how their personal data will be used and how long it will be retained. Acas provides useful information on what employers should consider when using social media in the recruitment process.

Tops tips for getting recruitment right

If you require further information about anything covered in this briefing note, please contact Tabitha Juster or Iain Stewart, or your usual contact at the firm on +44 (0)20 3375 7000.