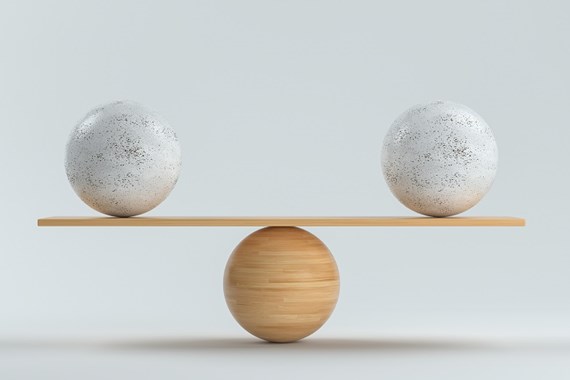 Last week marked the anniversary of the tragic murder of George Floyd whose death sparked global protests against racial prejudice and brought about a renewed focus on the struggles faced by those from ethnic minorities. Recent news that Derek Chauvin was charged with second and third-degree murder, and manslaughter was applauded around the world.

Although welcomed, this conviction unfortunately does not mark a watershed moment in the treatment of people from ethnic minorities who continue to experience police brutality and face many other forms of racism in their day to day lives. Reports of hate crimes against Asian people have increased dramatically; according to the charity End the Virus of Racism, the Met police reported a 21 per cent increase in anti-East Asian hate crimes in May 2020. This reminds us racial discrimination persists, and that we still have a long way to go before we can say that we live in a society free of racial prejudice and violence.

It has been a year of reflection for many, including our clients, as organisations look inwards and consider how they can play their part in making their organisations more inclusive. A fundamental aspect of this is encouraging discourse about race in the workplace. The language in this context is often evolving and understanding it can empower individuals to lend their voices to the discussion and help them gain a greater insight into the movement for racial equality. Below we have provided a summary of the key terminology often used in these discussions (as well as terminology that is no longer appropriate):

This is the belief that it is not enough to be “non-racist”, but that individuals should instead strive to be “anti-racist”. Even if an individual is “non-racist”, they still benefit from systems in society that are biased against certain groups of people. Challenging the structures of racism in society is a collective responsibility, rather than solely the responsibility of those who experience racism. In his 2019 book How To Be an Antiracist, historian Ibram X. Kendi explained “An anti-racist idea is any idea that suggests the racial groups are equal in all their apparent differences – that there is nothing right or wrong with any racial group. Anti-racist ideas argue that racist policies are the cause of racial inequities.” Being anti-racist means taking a proactive approach in identifying and calling out racism, as this is the way that change can be enacted. It also involves individuals recognising their own unconscious biases in relation to race, and actively working on countering these.

The Sewell report was published by the government in March 2021 (see our briefing here summarising the report and the controversy around it) and one of its findings was to encourage the move away from using the term BAME (Black, Asian and Minority Ethnic). This term is seen as problematic as it implies that individuals described by it are part of one whole homogenous group. It also doesn’t take into account the inequalities that are experienced by the different ethnic minority groups categorised within it. The Sewell report found that the term allows institutions and businesses to point to the success of some ethnic minority groups in their organisation and absolve themselves of responsibility for people from those minority groups that are doing less well. In March, the thinktank British Future examined how people might prefer to be referred to instead of “BAME”, in a blog entitled “Beyond ‘BAME’: What does the public think?” It found that most people from ethnic minorities in Britain slightly prefer “ethnic minority” as an umbrella term, with 68 per cent saying they either support or accept the term, and 13 per cent opposed it. It emphasised that this is not a perfect term, but that it is preferable to “BAME” where some kind of aggregate, umbrella term is needed. At the moment, there is no clear consensus on what the appropriate terminology is, and our view is that where possible, organisations should endeavour to refer to people by their specific ethnic minority.

Cultural appropriation describes the action of an individual adopting something from a culture that is not their own. This doesn’t just mean exchanging aspects from different cultures, and showing appreciation of different cultures, as this can be a mutually beneficial exercise which can increase tolerance and understanding. Instead the issue stems from a power imbalance between cultures. Cultural appropriation takes place when a dominant group takes something from a minority group which they have historically exploited or oppressed, especially when this is done with a lack of respect or understanding of the culture.

These are unconscious views or associations that are held by individuals in relation to a social group. Due to these biases, individuals can attribute qualities or characteristics, whether positive or negative, to all members of a particular ethnic group. Implicit bias in relation to race can be particularly potent in employment scenarios, such as through the recruitment practices of an employer. The McGregor Smith review into race in the workplace highlights how job applications which use a name that is associated with an ethnic minority group are less likely to be successful in getting to the sift stage of recruitment. Such studies demonstrate how important it is for individuals to try and recognise these biases and consciously work on changing the associated stereotypes they hold.

This is racism which, covertly or overtly, resides in the policies, procedures, operations and culture of public or private institutions that operate to favour or disadvantage a particular ethnic group. The Equality and Human Rights Commission reported that Black workers with degrees earned 27.1 per cent less income on average than white workers. This type of racism is difficult to dismantle as it has often been built up by prevailing attitudes over years.

These are slights, comments (that sometimes appear innocuous) and indignities that people from marginalised groups can face on a day to day basis. Often these are non-intentional, but they can be particularly hurtful and have a long-term impact on the individual who experiences them. Examples of the microaggressions people from ethnic minorities face include people continuously getting their name wrong or being mistaken for another person purely on the basis that they come from the same ethnic group, asking to touch someone’s hair, or asking someone “where they are really from”.

This describes the fact that by having white skin, individuals are afforded certain privileges that people from ethnic minorities do not have. It does not mean that white people do not face any kind of hardship in their life or have not suffered. Instead it means that their life hasn’t been made harder by virtue of the colour of their skin. Individuals are often completely unaware that they have certain privileges due to being white. For example, white people do not have to endure certain issues specific to ethnic minorities, such as a complex relationship with the police or a complete lack of representation of people who look like them in the media / workplace / education / politics etc.

By understanding the terminology outlined above, employers can take steps to put their knowledge into practice. This could be achieved, for example, by addressing the policies and procedures that may indirectly or directly favour a particular ethnic group. Companies with staff who are informed about the terminology will likely foster respectful productive discussions about race and the best way to bring about positive change in the workplace. Such actions will contribute to creating a workplace that is more inclusive and demonstrates a commitment to the collective responsibility to bring about and engender change.

With special thanks to Siobhan Murray, a paralegal in the Employment team, for co-authoring this blog.

If you require further information about anything covered in this blog, please contact Katie Fudakowski, Shehnal Amin, or your usual contact at the firm on +44 (0)20 3375 7000.