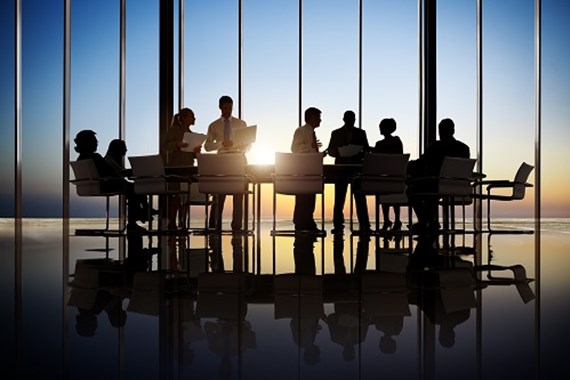 Whilst it is commonly referred to, it is, however, seldom accompanied by any real legal analysis. I thought it would therefore be helpful to look in more detail at how the ITTC has been articulated by the courts and at some of the key issues around its development.

How is the ITTC properly articulated?

The ITTC was first fully articulated in the case of Woods v WM Car Services Peterborough Limited [1981] ICR 666 in the early 1980s (a case involving a Chief Secretary and Accounts Clerk who had the word “Chief” taken out of her job title and whose responsibilities had been changed (albeit she was found not to have been constructively dismissed)). The Employment Appeal Tribunal stated that:

“It is clearly established that there is implied in a contract of employment a term that employers will not, without reasonable and proper cause [my emphasis], conduct themselves in a manner calculated or [again my emphasis] likely to destroy or seriously damage the relationship of confidence or trust between employer and employee”.

When considering the ITTC it is always worth going back to this fuller definition (as later added to in the case of Malik (see below)) and there are two key points I would draw from it. First, when considering allegations that the ITTC has been breached, it is necessary to consider whether the alleged breaching party had “reasonable and proper cause” for its conduct. An extreme example of this is the case Amnesty International v Ahmed [2009] ICR 1450, where Amnesty’s decision not to appoint an employee of (northern) Sudanese ethnic origin to a role of “Sudan researcher” was held by the Court of Appeal to constitute direct race discrimination but was also held not to have breached the ITTC, which meant that the employee was not entitled to have resigned her employment and treated herself as constructively dismissed. This was on the basis that Amnesty’s decision was based on legitimate concerns in relation to both safety and being seen to be impartial, ie it was deemed to have reasonable and proper cause for its actions. Second, it does not matter whether the breaching party intended to destroy or seriously damage the relationship of trust and confidence – see the words “calculated or likely” within the definition.

Does the ITTC place duties on both employers and employees?

Yes. When the House of Lords approved the formulation set out in the Woods case in Malik v BCCI SA (in liquidation) [1997] ICR 606 (a case involving consideration of the impact of the actions of the disgraced bank on its employees), it referred to the ITTC being a “mutual” duty applicable to both employers and employees.

Concerns around over-use by employers

Concerns have been raised by the courts and by judges in relation to the over-use of the ITTC in employment cases, both by employers and employees.

For example, in McFarlane v Relate Avon Limited [2010] ICR 507 (a case involving a counsellor who refused to counsel same sex couples in relation to sexual issues for religious reasons and was dismissed for a breach of the ITTC), Underhill P (sitting in the EAT) stated that:

"in almost any case where an employee has acted in such a way that the employer is entitled to dismiss him the employer will have lost trust and confidence in the employee… it is more helpful to focus on the specific conduct rather than resort to general language of this kind. We have noticed a tendency for the terminology of trust and confidence to be used more and more outside the context of constructive dismissal in which it was first developed…; this is a form of mission creep which should be resisted."

The view in McFarlane was that Relate would have been better to focus on why trust and confidence had broken down, ieby treating the case as a misconduct case given Mr McFarlane’s refusal to carry out his duties.

Then in A v B [2010] IRLR 844 (which later became Leach v Ofcom, a difficult case involving historic safeguarding concerns (said to have been committed overseas) raised in relation to an Ofcom employee which could not be properly investigated and therefore proven (see below)), Underhill P then said this (again sitting in the EAT):

"We have observed a growing trend among parties to employment litigation to regard the invocation of "loss of trust and confidence" as an automatic solvent of obligations. It is not."

A similar criticism was then made in the same proceedings in the Court of Appeal (by then Leach v Ofcom [2012] EWCA Civ 959), with Mummery LJ stating that:

"Breakdown of trust is not a mantra that can be mouthed whenever an employer is faced with difficulties in establishing a more conventional conduct reason for dismissal …The mutual duty of trust and confidence, as developed in the case law of recent years, is an obligation at the heart of the employment relationship. I would not wish to say anything to diminish its significance. It should, however, be said that it is not a convenient label to stick on any situation in which the employer feels let down by an employee or which the employer can use as a valid reason for dismissal whenever the conduct reason is not available or appropriate.”

Given Mr Leach’s alleged conduct could not be proven, Ofcom would have been better served relying on Some Other Substantial Reason as the reason for dismissal, based on the potential reputational risks the allegations posed.

In terms of the guidance to be drawn from the above criticisms, employers who believe trust and confidence in an employee may have broken down and are considering dismissing the employee should always focus on the underlying reasons as to why that position has been reached and then, based on those underlying reasons, seek to select a more conventional reason for dismissal.

Concerns around over-use by Employees

As stated, employers are not, however, alone in facing some criticism for over-reliance on the ITTC and employees have also faced similar criticism. For example, Brian Langstaff (who was previously President of the Employment Appeal Tribunal) said this at a previous Employment Lawyers Association annual lecture:

“the ITTC is cast in contractual terms, against a well-recognised background that an employer has no general (contractual) obligation to treat his employees reasonably. But unreasonable conduct by an employer is so often said by a claimant to be a breach of the ITTC that there are some ETs which have [wrongly] accepted this.”

It is therefore clear that the alleged conduct in question must go beyond just unreasonable conduct and must be sufficiently serious that the employee should not be expected to work for the employee going forward.

Can breaches of the ITTC be remedied?

The Court of Appeal made it clear in Bournemouth University v Buckland [2010] EWCA Civ121 that any breach of the ITTC cannot, in the legal sense, be remedied. As a result, Professor Buckland was still entitled to resign even though his grievance in relation to the remarking of his students’ exams, without his knowledge, had been upheld and he had effectively been vindicated by the University.

As Sedley LJ commented as part of the judgment, this:

“…does not mean, however, that tribunals of fact cannot take a reasonably robust approach to affirmation: a wronged party, particularly if it fails to make its position entirely clear at the outset, cannot ordinarily expect to continue with the contract for very long without losing the option of termination, at least where the other party has offered to make suitable amends…”

In other words, whilst a breach of the ITTC cannot be remedied, a wronged party should act reasonably quickly if they wish to accept the breach as being repudiatory (otherwise they risk being found to have waived the breach). That said, the Court of Appeal did not take a particularly robust approach to the question of affirmation in Professor Buckland’s case, given he resigned in February 2007 and did not leave his employment until July. However, he was undoubtedly given some additional leeway, given his reason for continuing in employment was to ensure his students were appropriately supported.

It is also worth bearing in mind that, whilst a breach of the ITTC cannot be remedied in a legal sense, it can, of course, be remedied in a more practical sense. For example, if an employee’s concerns are remedied via an employer’s grievance procedure, they are then far less likely to want to resign their employment and claim constructive dismissal. Further, the longer they stay following any remedial action, the stronger the employer’s arguments that they have then waived any breach and lost their opportunity to resign and claim constructive dismissal.

Finally, what about competing breaches?

As was again held in the Tullet Prebon proceedings, the key issue, where both parties have breached the ITTC, is who accepts the breach and repudiates the contract first. For example, if an employee has breached the ITTC, only for their employer to then do the same, the employee is not prevented from getting in first, resigning and claiming constructive dismissal (and thereby preventing their employer from expressly dismissing them based on their original breach). That said, the employee’s previous breach would then still be relevant when assessing any unfair dismissal compensation which might otherwise have been due.